Members of the media wait for a sighting of Novak Djokovic in Melbourne, Australia, on Monday. Reuters

An Australian judge ruled on Monday that Novak Djokovic be released from immigration detention, finding the government’s decision to revoke the tennis star’s visa to enter the country was “unreasonable”.

Judge Anthony Kelly ordered Djokovic be released within 30 minutes and his passport and other travel documents returned to him, rekindling the world number one’s chance to win a record 21st Grand Slam title at the upcoming Australian Open.

However, lawyers for the federal government told the court the country’s immigration minister was reserving the right to exercise his personal power to again revoke Djokovic’s visa.

Djokovic, 34, has been held in an immigration detention hotel alongside long-term asylum seeker detainees since Thursday. He was permitted to attend his lawyers’ chambers for the virtual hearings but has not been seen in public since he arrived in Australia. 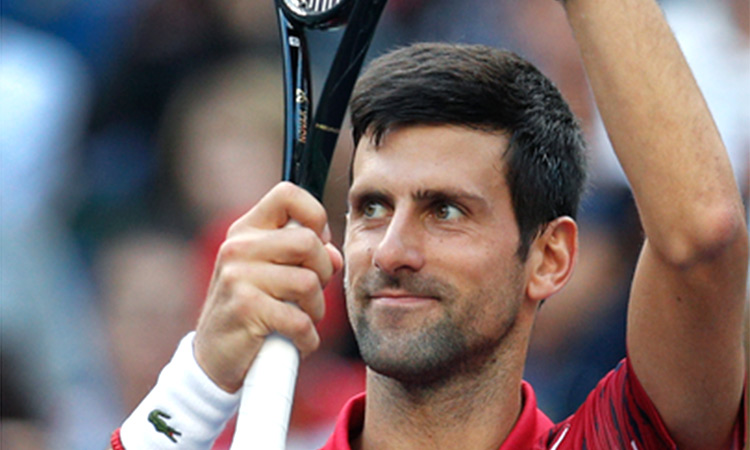 His lawyers argued that a recent COVID-19 infection qualified Djokovic for the medical exemption from a requirement for non-Australian citizens entering the country to be double vaccinated.

The Australian government, however, said non-citizens had no right of guaranteed entry to Australia, questioned his claimed exemption and stressed that even if Djokovic wins the court action, it reserved the right to detain him again and remove him from the country.

Earlier, Djokovic’s plight has been closely followed around the world, creating political tensions between Belgrade and Canberra and sparking heated debate over national vaccination mandates. 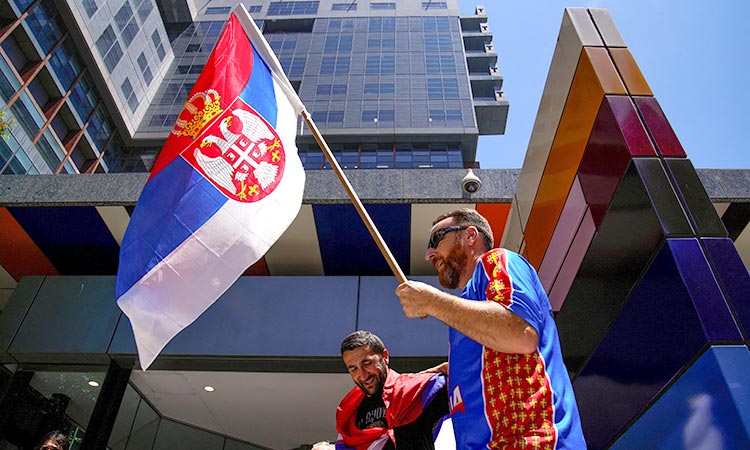 Supporters of Novak Djokovic rally outside the Federal Court of Australia in Melbourne. Reuters

At risk is the world number one’s shot at winning a record 21st Grand Slam at the Australian Open, the year’s first major, which starts in Melbourne on Jan. 17.

Djokovic, 34, has been held in an immigration detention hotel alongside long-term asylum seeker detainees since Thursday. He was permitted to attend his lawyers’ chambers for the virtual hearings but has not been seen in public since he arrived in Australia.

Instead of a champion’s welcome, he was questioned at the airport overnight before having his visa revoked and being transferred to a Melbourne immigration detention facility pending deportation.

The unvaccinated star was deemed to have not provided adequate evidence of a medical exemption.

The case is set to return to court later on Monday.