Ons Jabeur returns to Tatjana Maria and celebrates (R) winning a point in a women’s singles semifinal match in London on Thursday. AP

When Ons Jabeur sealed the match point that made her the first Arab to reach a Grand Slam final at Wimbledon on Thursday all she could think of was rushing over to her vanquished barbecue buddy at the net to give Tatjana Maria the tightest of hugs.

While Jabeur’s coach Issam Jellali jumped to his feet with raised arms to join 15,000 cheering fans in hailing the first African woman to reach the title match, Jabeur simply smiled as she ended Maria’s remarkable run with a 6-2 3-6 6-1 victory.

On the eve of the contest, Jabeur had vowed that the “hug at the end will be amazing” and she was not wrong. The two players held each other across the net for what seemed an eternity, with both whispering into each other’s ears. 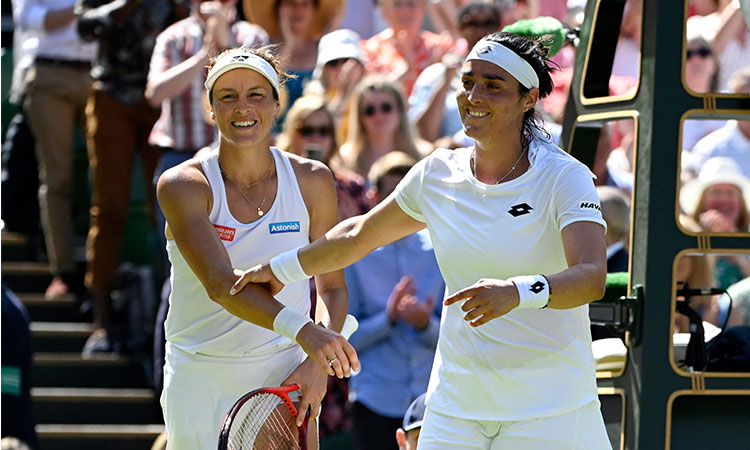 With the cheers still ringing around Centre Court, Jabeur pulled Maria to her side of the court and joined in the applause to salute a 34-year-old who had become the first mother of two in a Wimbledon semi-final since Margaret Court in 1975.

“I don’t know what to say. It’s a dream come true from years of work and sacrifice. I’m happy that’s paid off and I’ll continue for one more match,” Jabeur told the crowd after setting up a final showdown with either Romania’s 2019 champion Simona Halep or Russian-born Kazakh 17th seed Elena Rybakina.

“It was more difficult running for her balls. She has to make me a barbecue now for all the running I did on the court! 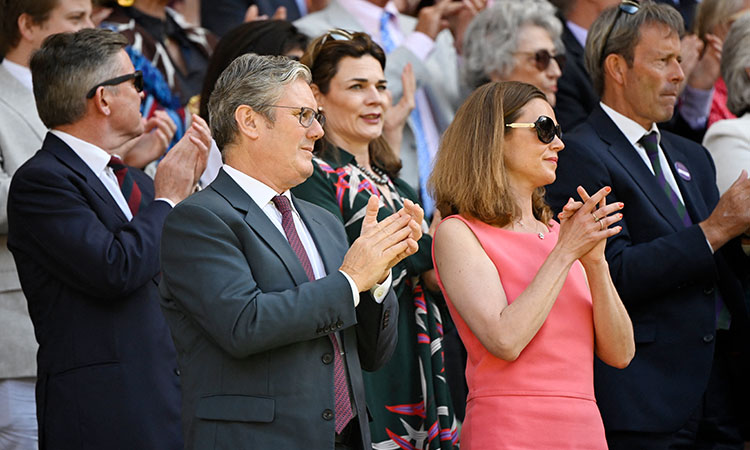 “I wanted to share the moment with her at the end because she’s such an inspiration for so many people including me, coming back after having two babies I can’t believe how she did it. “Physically Tatjana is a beast, she doesn’t give up… Let’s not play again, I’m good for now!”

Before the players stepped on court, American great Billie Jean King said Jabeur was “using tennis as a platform to help Tunisia, help Africa and help Arabs” and the Tunisian did just that as she beat Maria for the first time in a main Tour-level match.

“I’m a proud Tunisian woman standing here today — I know in Tunisia they are going crazy right now,” said the third seed, who until this week had never gone past the last eight at a major. 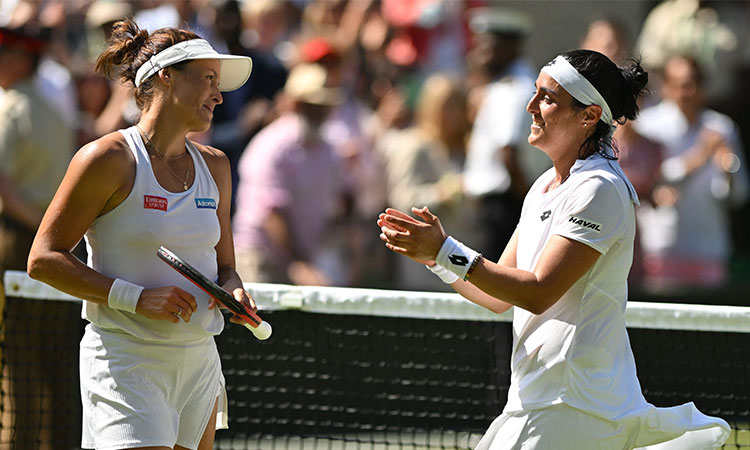 “I just try to inspire as much as I can —I want to see more Arab and African players on the tour, I love the game and I want to share the experience with them. “I saw some juniors playing out there and I hope to see them out here on Centre Court one day.”

While 27-year-old Jabeur was out to inspire a continent, Maria wants to show her two young daughters that it is never too late to follow your dreams.

Australian great Court was among those watching on from the Royal Box as Maria was forced to save three break points in the opening game.

However, the 103rd-ranked German was unable to prolong that resistance as she dropped serve in the third and seventh games before Jabeur sealed the opening set when Maria smacked a backhand long.

However, Maria refused to hand victory on a platter to an opponent she calls “family” as she broke for a 3-1 lead in the second and held on to that advantage to draw level when the third seed sliced a backhand into the net.

But Jabeur finally lived up to her world number two billing to run away with the third set and bagged the most important point of her career to date when Maria swiped a forehand into the net.