Emirati Super-Flyweight Fahad Al Bloushi made history on Saturday night inside Etihad Arena in Abu Dhabi, securing the first win of the inaugural Champion Series, the landmark new partnership between Matchroom Boxing and the Department of Culture and Tourism (DCT Abu Dhabi).

Al Bloushi dominated all six rounds to defeat Georgian opponent Iraki Shariashvili by unanimous decision and extend his record to 11 wins from 12 fights.

The judges, having watched the so-called “Emirati Kid” pepper Shariashvili with quick jabs and body shots in front of a vocal home crowd, scored it 60-54, 59-55, 59-55. 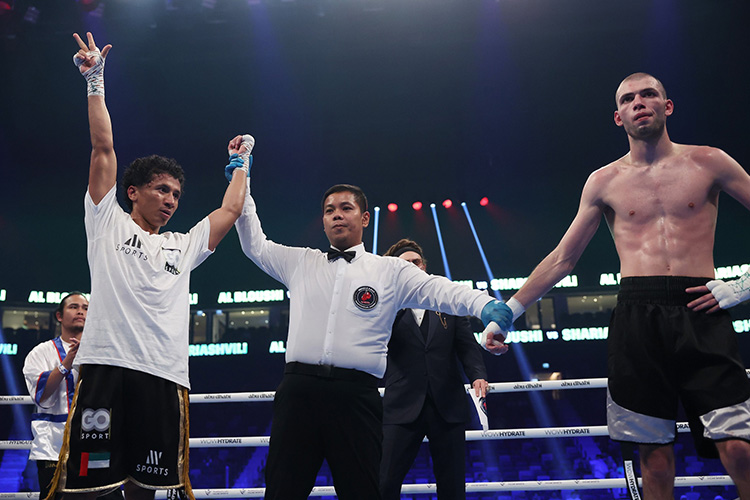 “I feel on cloud nine,” said Al Bloushi, who adorned black and gold shorts emblazoned with the UAE flag.

“When I walked out and saw all the fans, I was surprised. Usually for the first fight of the night, the crowd is smaller, but the crowd here was so loud and calling my name. I feel like a superstar just now.

“I made my mum proud, my dad proud, the whole country proud. Putting that statement out to the whole country means a lot to me because this is my hometown; it gave me everything and I’m just trying to give that same thing back. This win is for the whole UAE – all seven emirates.”