Four England batsmen scored hundreds on Thursday as the visitors piled up a record 506-4 on the opening day of the first Test against Pakistan in Rawalpindi.

Openers Zak Crawley (122) and Ben Duckett (107) set the tone with quick-fire tons against a hapless Pakistan bowling attack before Ollie Pope (108) and Harry Brook (101 not out) compounded the hosts’ misery.

Ben Stokes was also not out, on 34, when bad light stopped play, having helped England break a 112-year-old record for the most runs on the first day of a Test — beating Australia’s 494-6 against South Africa at Sydney. It was also the first time four batters scored hundreds on day one of a Test.

After winning the toss England went straight into “Bazball” mode, the brand of freewheeling, aggressive play taken from the nickname of head coach Brendon McCullum. 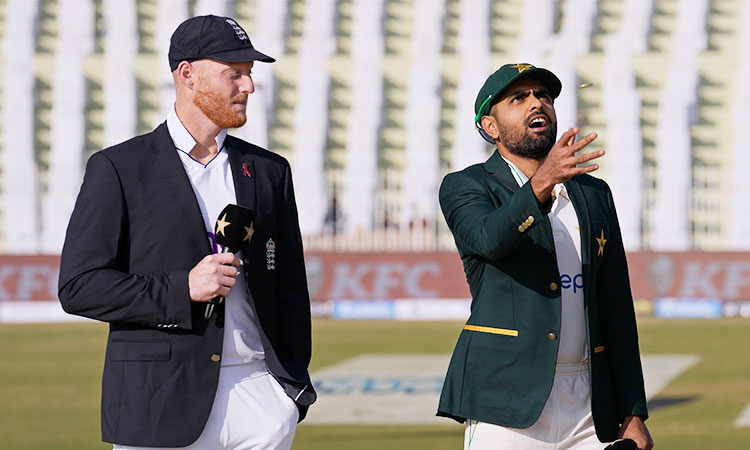 England’s fiery batting — with 73 boundaries and three sixes  — lifted the gloom over the start, which hung in the balance Wednesday after several of the tourists came down with a mystery virus.

As if the punishment from the top three wasn’t enough, Brook — playing only his second Test — cracked six consecutive boundaries off one over from debutant spinner Saud Shakeel.

He is only the fourth batsman to score six consecutive boundaries in a Test, following West Indians Chris Gayle and Ramnaresh Sarwan, and Sri Lanka’s Sanath Jayasuriya.

Brook reached his maiden century off just 80 balls, capping a highly entertaining day for a crowd of 6,000 that included around 150 “Barmy Army” fans. He added 176 for the fourth wicket with Pope, who fell to pacer Mohammad Ali. 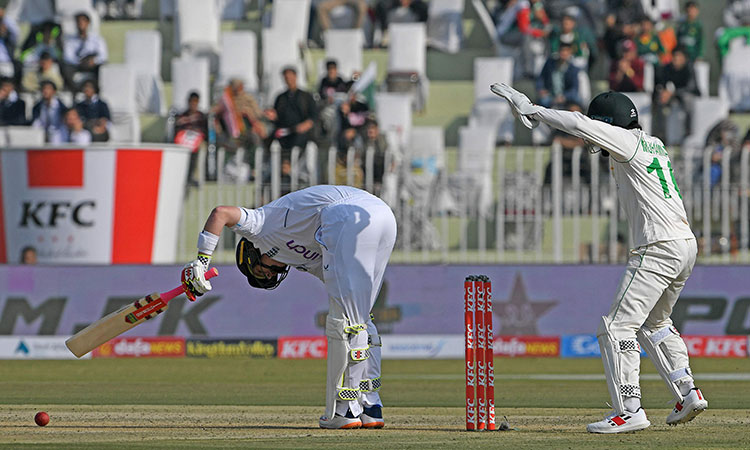 Pakistan fought back briefly in the second session when they dismissed Duckett, Crawley and Joe Root (23) in the space of 53 runs, but that was shortlived.

England have set their sights on even more runs. “It was obviously a very good wicket to bat on,” said Crawley. “Hopefully, we can go on tomorrow and get more runs.”

Debutant leg-spinner Zahid Mahmood was the most successful Pakistan bowler with 2-160 on an unresponsive wicket.

“The pitch was similar to the one we had against Australia, but it should have been a bit more supportive,” said Pakistan head coach Saqlain Mushtaq, referring to the Test played earlier this year that yielded 1,187 runs for the loss of just 14 wickets over five days. 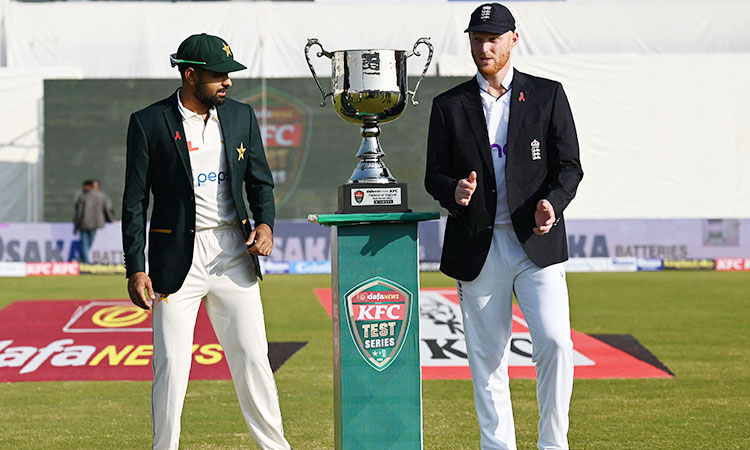 Duckett, who hit his maiden hundred after being recalled to the Test side following an absence of six years, was the first to go when he missed a reverse sweep off Mahmood and was trapped leg-before.

West Indian umpire Joel Wilson initially ruled it not out, only to change his decision on Pakistan’s review.

It beat the 1962 stand of 198 between openers Geoff Pullar and Bob Barber in Dhaka, then East Pakistan. 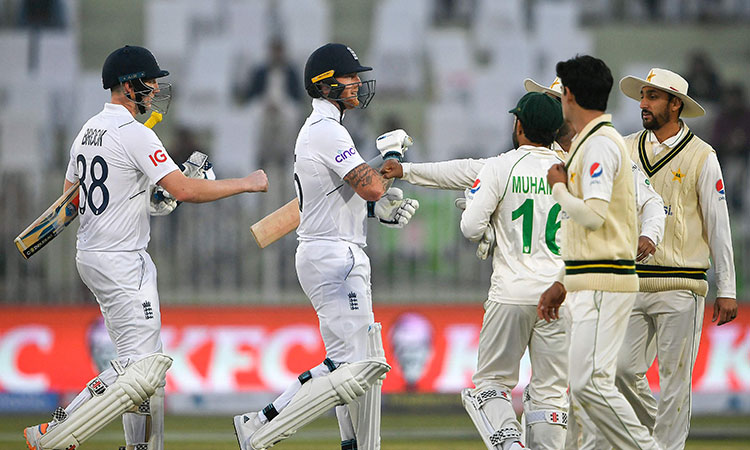 Harry Brook (L) and captain Ben Stokes (2L) walk back to pavilion at the end of the first day. AFP

Crawley was bowled off a sharp delivery by Haris Rauf in the next over, the Test debutant’s first wicket. The lanky Crawley hit 21 boundaries in his quickfire 111-ball innings, his third Test hundred.

Former skipper Root also fell leg-before to Mahmood, unsuccessfully challenging the decision. Crawley showed his intent right from the start, hitting three boundaries off Pakistan fast bowler Naseem Shah’s first over of the match, and bringing up his half-century off just 38 balls.

He could have become the first England batter to score a century before lunch on day one of a Test but was left nine short. England are on their first Test tour to Pakistan in 17 years.

Talks to resume as Russian strikes widen in western Ukraine