As a seven-year-old boy in Baghdad, Mohamed Ali dreamt of becoming a goalkeeper — until a car bomb in the central Tahrir Square ripped away his left arm.

The child had become another casualty of the sectarian blood-letting that raged in Iraq in the years after the 2003 US-led invasion that toppled Saddam Hussein.

“I was deprived of playing football,” he said, recalling the traumatic event of 2007 that also ended his time with the junior football team of the Air Force Club in Baghdad.

Today, at age 22, Ali is a member of an all-amputee football team, made up entirely of players who lost arms or legs in Iraq’s many years of war and turmoil.

“The creation of this team brought me back to life,” he said. “It helped me regain my self-confidence.” 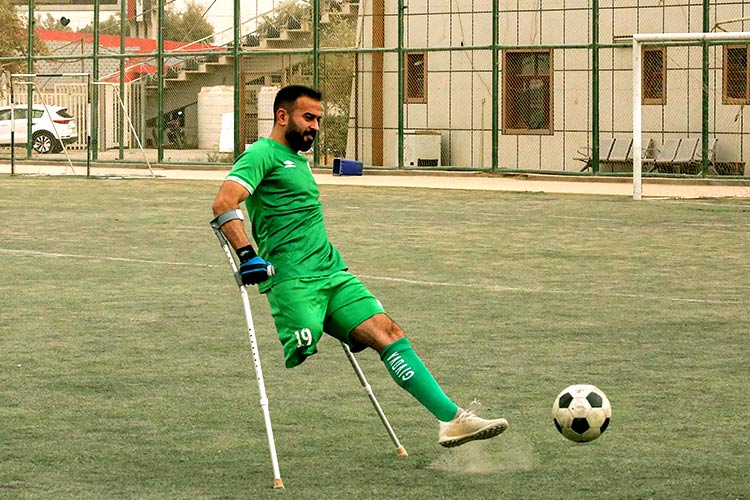 The team has some 30 players and has qualified for the Amputee Football World Cup to be held in Turkey in late 2022. Its founder Mohamed Al Najjar was studying in England when he discovered a Portsmouth amputee team and decided to replicate the experience. Back in Iraq, he posted an announcement on social networks.

“Applications started pouring in and we formed the team in August 2021,” recalls the 38-year-old lawyer.

Najjar’s right leg was amputated after he was wounded in 2016 “while taking part in the fight against Daesh group.” At the time Najjar, like several of his teammates, was fighting with the pro-Iranian Hashed Al Shaabi, a paramilitary force that has since been integrated into Iraq’s regular forces. 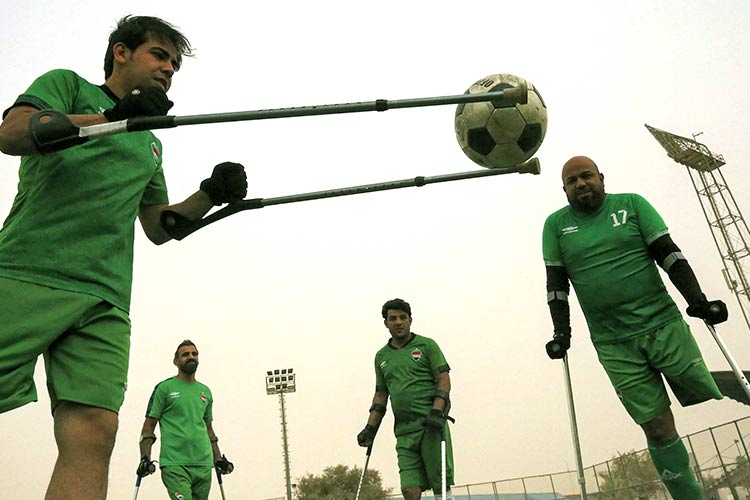 Three times a week, he now meets up with the group to train on one of the fields of the brand new Al Chaab complex in Baghdad.

Using crutches, one-legged players warm up by sprinting in the green jersey of the national team, then practice penalty kicks. The goalkeeper, his left arm amputated, intercepts the ball by blocking it with his stomach. 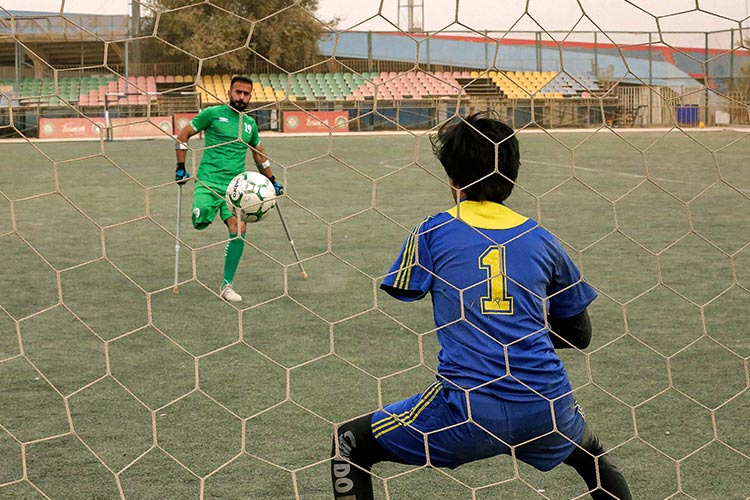 Before they found the camaraderie of the team, Najjar said, “most of the players were suffering from severe depression.” “Some even had thought of suicide because they had lost a limb and they had been professional players before.

“But we overcame these psychological problems,” he said, adding that it pleased him to now see his players “posting their pictures with the team on social networks.”

In the official competition, matches are played in teams of seven on fields measuring 60 by 40 metres (about 200 by 130 feet).

The goals are two metres high and five metres wide — smaller than the 2.4 by 7.3 metre goals used in traditional football.

The Iraqi state offers financial aid to victims of attacks and of battles against militants. The players receive monthly allowances of between $400 and $700. Most make ends meet by working as day labourers in the markets, said Najjar.

But a major obstacle for the team is a lack of official recognition, and therefore funding, from Iraqi sports bodies. The Poland-based International Amputee Football Federation is not part of the International Paralympic Committee.

The Iraqi team therefore receives no state subsidies, said Aqil Hamid, the head of the parliamentary committee on disability sports.

For equipment and transport, the team depends on donations from associations, said Najjar. There is also occasional help from some Hashed bodies. 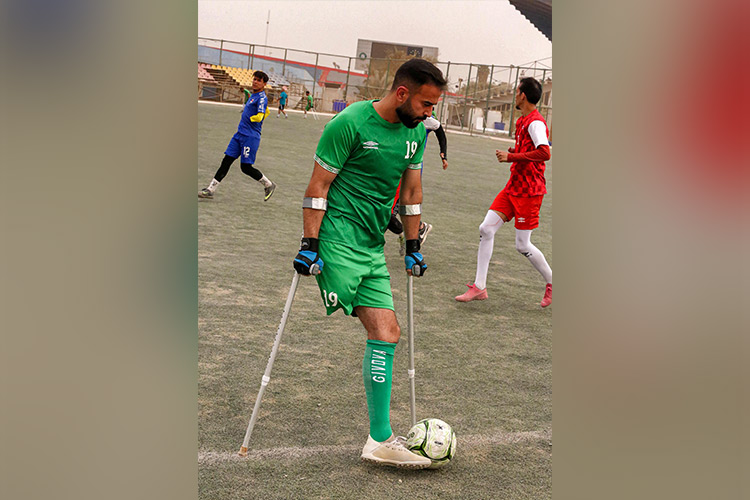 “They helped us with a trip to Iran, they paid for the plane tickets,” said Najjar, adding that he hoped for “wider support.”

Another team member, Ali Kazim, lost his left leg to a Baghdad car bomb in 2006, which abruptly ended his professional football career with the Air Force Club.

“I couldn’t pursue my ambitions, I stayed at home,” said the 38-year-old. Today, his four children are his biggest supporters. “They are the ones who pack my sports bag,” he said. “They tell me: ‘Daddy, go train’. My morale has totally changed.”

Dubai may increase Salik IPO to 25% over high demand