Hasan Ali in action during a match against Bangladesh. File

Pakistan on Wednesday dropped under-performing fast bowler Hasan Ali for a limited-overs series against the Netherlands and the Asia Cup in the UAE later this month.

Hasan has been struggling in the white-ball formats since 2019, claiming 16 wickets in 18 One-Day Internationals and 27 wickets in his last 21 Twenty20 internationals.

“Hasan has been given a break from international cricket and he has been replaced by Naseem Shah,” Pakistan’s chief selector Mohammad Wasim said in a statement. 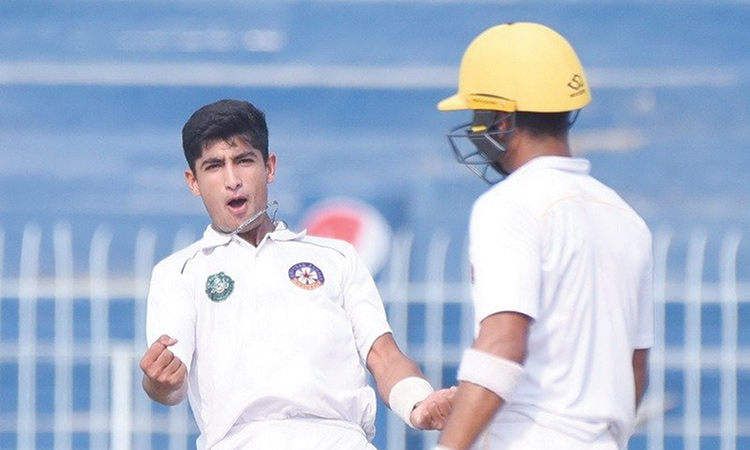 Naseem Shah celebrates after taking a wicket during a match. File

Naseem has taken 33 wickets in 13 Test matches, but is yet to make his international debut in the shorter formats. Wasim said Naseem has “demonstrated with the red ball that he is an attacking option with good pace and controlled swing.”

Pace spearhead Shaheen Shah Afridi will also rest for the three-match ODI series in the Netherlands on Aug.16, 18 and 21 before coming back for the six-team Asia Cup in United Arab Emirates beginning on Sept.28.

Pakistan will play a three-match ODI series against the Netherlands in Rotterdam from Aug.16-21 before competing in the Asia Cup from Aug. 27 to Sept.11.

Fast bowler Shaheen Shah Afridi was retained in both the squads after missing out on last month’s second Test against Sri Lanka because of a knee injury.

The PCB said Afridi’s rehabilitation programme will be overseen by the team trainer and physiotherapist.

Pakistan’s training camp will be held in Lahore from Aug.6-11 before the squad flies to Amsterdam on Aug.12.