Ukraine’s Dmytro Horobets emerged on top in the men’s physique contest of the professional category at the International Federation of Fitness and Bodybuilding (IFBB) Mr and Ms World Championships in Fujairah. 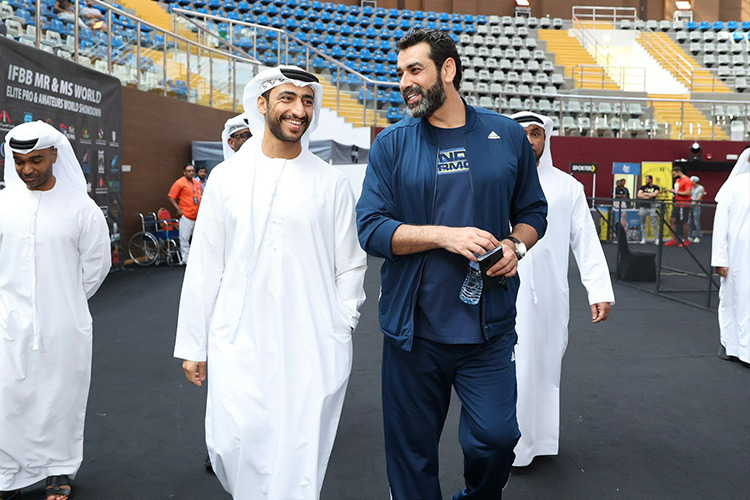 Sheikh Abdullah with Khalil Maarouf, Director of the Championships.

Sheikh Abdullah Bin Hamad Bin Saif Al Sharqi, president of the UAE Federation for Bodybuilding and Fitness, crowned the winners in the presence of Dr. Rafael Santonja, IFBB President, Engineer Mohammed Bin Majed, Director-General of the Department of Industry and Economy in Fujairah and Chairman of the Organising Committee, Khalil Maarouf, Director of the Championships, and other dignitaries.

The final-day events demonstrated a high caliber of performance amidst the presence of more than 1,000 spectators.

Sheikh Abdullah stressed that the first edition of the IFBB Mr and Mr World Showdown held in Fujairah puts the Emirate in a distinguished global position, and the annual championships held here have made a significant contribution to the growth of the bodybuilding sport in the UAE.

He expressed his happiness for the accomplishments and praised the support of Dr Santonja.