India completed a convincing 113-run win on the fifth day of the first Test against South Africa at SuperSport Park in Centurion on Thursday.

Resuming on 94 for four in a chase of 305 to win, South Africa were bowled out for 191, losing their last three wickets in the first two overs after lunch.

There was early resistance from South African captain Dean Elgar and Temba Bavuma, with Elgar surviving a caught and bowled chance to Shami when he was on 63.

Bumrah switched to bowling around the wicket and trapped Elgar leg before wicket for 77 when the batsman played around a delivery angled into his stumps. 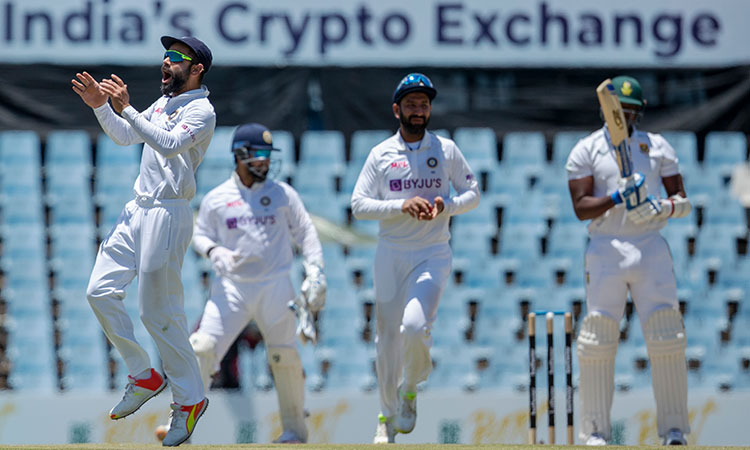 Siraj ended an aggressive innings of 21 by Quinton de Kock when the batsman edged an attempted drive into his stumps and Shami had Wiaan Mulder caught behind with a ball which moved just enough off the seam to take the outside edge of the bat.

Marco Jansen was caught behind off Shami in the first over after lunch before Ashwin wrapped up the innings, leaving Temba Bavuma, South Africa’s top-scorer in the first innings with 52, stranded on 35.

India were in command from the first day, when KL Rahul’s century enabled them to make 272 for three after winning the toss.
The entire second day was lost to rain and conditions proved more difficult for batsmen when play resumed on the third day, with fast bowlers of both sides exploiting indentations on the pitch which caused variable bounce.

Shami took five for 44 in the first innings to give India a crucial lead of 130 runs. He finished with match figures of eight for 107.
The win gave India a 1-0 lead in the three-match World Test Championship series and boosted their chances of winning a series in South Africa for the first time.

EmiratesPadPro introduces the world’s largest Padbol academy in the UAE