India’s cricket board hailed Bengal’s feat as a “milestone in first-class cricket.”

Bengal amassed a mammoth 773 for 7 declared on Wednesday in the first innings of their quarter-final against Jharkhand in Bangalore.

Two batsmen scored centuries — Sudip Gharami top-scoring with 186 — while the other seven that took to the crease all passed fifty.

Their innings beat a first-class record that had stood since 1893, when a touring Australian side made eight half-centuries in an 843-run innings against a combined team from Oxford and Cambridge universities in Portsmouth, England.

“What a team, what an effort! Proud to be a part of it,” batsman Manoj Tiwary, who scored 73, wrote on Twitter. 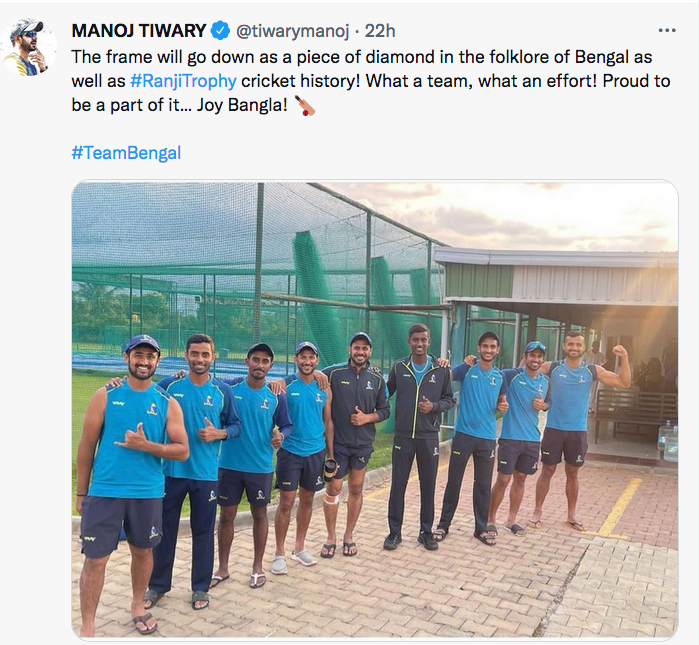 India’s cricket board hailed Bengal’s feat as a “milestone in first-class cricket.”

Jharkhand were 212-7 in reply in their first innings, trailing by 561 runs, at lunch on Thursday’s fourth day of the five-day match.

The Ranji Trophy is named after Maharaja Ranjitsinhji, an Indian prince who played for England in the 1890s.