Mohamed Salah is greeted during a ceremony to celebrate his Premier League Golden Boot award before a soccer match against Guinea in Cairo on Sunday. AP

Injured Liverpool star Mohamed Salah defied his club and captained Egypt to a 2023 Africa Cup of Nations qualifying victory over Guinea in Cairo at the weekend, according to national coach Ehab Galal.

“Salah was hit by an injury, but played through it,” said Galal following his debut after Portuguese Carlos Queiroz quit because he could not agree terms for a new contract.

Galal told a press conference that Salah rejected a Liverpool request to have a pre-match scan on the undisclosed injury, but “that will be done now.”

Egypt face Ethiopia on Thursday in Malawi capital Lilongwe because their opponents do not have any international-standard stadiums. 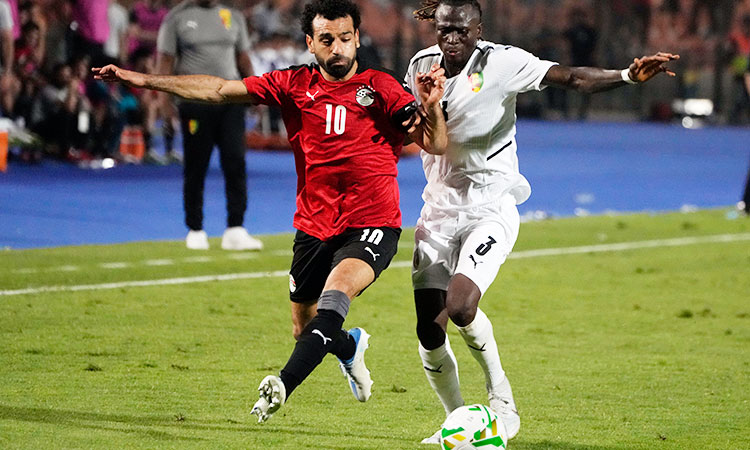 Mohamed Salah  (L) fights for the ball with Guinea’s Issiaga Sylla during their soccer match in Cairo. AP

They lost the Cup of Nations final to Senegal on penalties in February and the following month fell to Senegal again in a shootout, this time in a 2022 World Cup play-off.