A brilliant 3/8 from debutant Tuba Hassan followed by a solid 36 not out from veteran Nida Dar helped Pakistan beat Sri Lanka by six wickets in the three-match WT20I series in Karachi.

Chasing a target of 107 runs, Pakistan reached home in 18.2 overs for the loss of four wickets. Nida was the highest run-scorer for Pakistan as she remained unbeaten on 36 runs from 27 balls while captain Bismah Maroof scored 28 runs.

After winning the toss, Sri Lanka opted to bat but struggled to get enough runs on the board. Left-arm spinner Anam Amin got Pakistan off to a perfect start, holding onto a sharp return catch in the first over to send back Hasini Perera.

She crippled Sri Lanka further, trapping their captain Chamari Athapaththu in her next over to reduce the visitors to 13/2 in the third over. 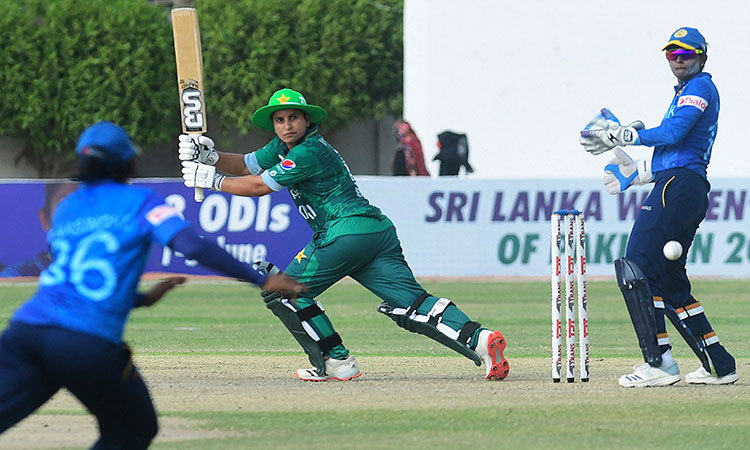 Harshitha Madavi and Anushka Sanjeewani then slowly rebuilt the innings, employing cautious strokes. Once they settled, they took 14 runs in one Aiman Anwer over, upping the ante.

Just when things were starting to look bright for Sri Lanka, debutant Tuba Hassan came into the attack and broke the 38-run third-wicket partnership by dismissing Sanjeewani.

In her next over, Tuba removed Madavi as she tried to slash a delivery that bounced high but ended up chopping it onto the stumps.

Tuba amped up the pressure in her third over, getting another wicket, this time that of Kavisha Dilhari, who presented a simple catch to the mid-wicket fielder.

Anam Amin came back into the attack and picked up her third, with Tuba taking a stunning catch at short third man to send back Oshadi Ranasinghe. At 69/6, Sri Lanka looked all at sea but a handy 25 from Nilakshi de Silva took them close to the three-figure mark. 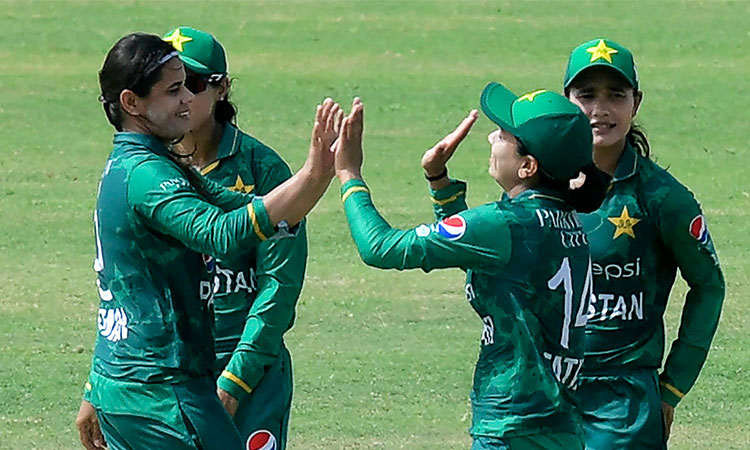 Pakistani players celebrate the dismissal of Nilakshi De Silva (not pictured) at the Southend Cricket Club in Karachi. AFP

The lower-order ultimately managed to push to Sri Lanka past 100, taking the total to 106/8 in 20 overs.

It was an excellent bowling performance from Pakistan, with Tuba excelling after constantly hitting good lengths and getting appreciable turn.

However, the other debutant, Gull Feroza, had a forgettable time. Pakistan’s chase of the modest target got off to a rocky start as Feroza was struck in front by Sugandika Kumari in the first over, falling for a duck.

Muneeba Ali and Iram Javed put 29 runs before Iram was stumped off Ranasinghe for 18. Muneeba departed three overs later for the same score. Pakistan were in a precarious position at 46/3 in nine overs, still requiring 61 more to win.

However, the experience of Bismah Maroof and Nida Dar helped Pakistan wade through a tricky phase. They pounced on the bad balls and negotiated the bowlers with ease, picking up ones and twos to keep the scorecard ticking.

The second T20I will be played at the same venue on May 26.