Iraqi players celebrate with the trophy on the podium; A presenter dressed in ancient Babylonian-themed costume stands next to the trophy; players in action and Iraqi fans celebrate during the final match in Basra on Thursday night. Ap / AFP

The Iraqi national team prevailed in claiming its fourth Arab Gulf Cup after defeating Oman 3-2 in the thrilling 2023 final, but the triumph was marred by a deadly stampede outside the Basra International Stadium.

The disaster could have repercussions for the country’s 2026 World Cup hopes. As fans tried to get into the stadium hours before kickoff, there was a crush that killed at least two people and injured dozens, a health official said. 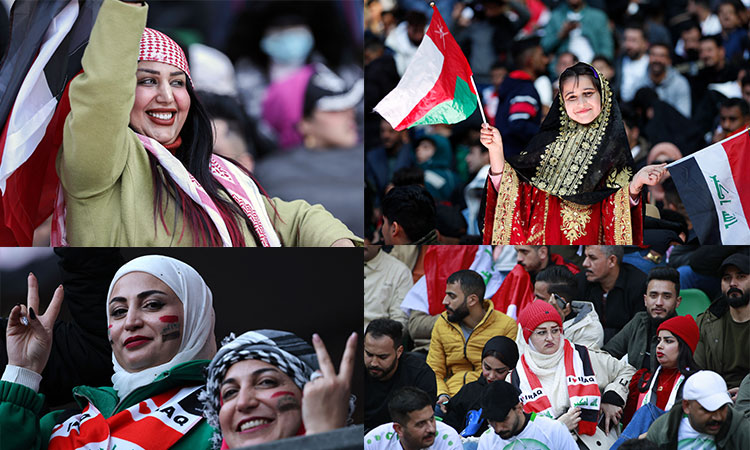 Iraqi soccer fans waves her country flags and victory signs inside the stadium during the Gulf Cup final match. AP

It was a blow for organisers of the first international soccer tournament hosted in Iraq since 1979 as the bigger prize of hosting 2026 World Cup qualifiers seemed to be within reach.

The match saw heated competition with the official 90-minute time ending with a 1-1 draw. The tie continued throughout the first half of extra time, until Iraq’s Amjad Atwan broke it by scoring a penalty kick in the 115th minute.

In the 119th minute, Omar Al Malki managed to settle the score for his team, only to have Iraq’s Manaf Younis score the winning goal one minute later. 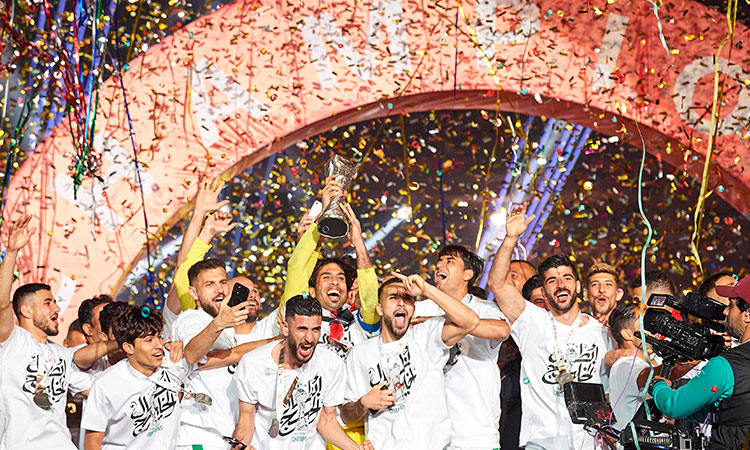 Iraq’s win comes after 35 years, as its last Arab Gulf Cup win was in 1988 in Saudi Arabia.

Due to security concerns, Iraq has staged only two World Cup qualifiers since the US-led invasion of 2003, against Jordan in the northern city of Erbil in 2011 and Hong Kong in Basra eight years later. All other competitive games involving the national team have been played in neighbouring countries such as Jordan, Qatar and the United Arab Emirates. 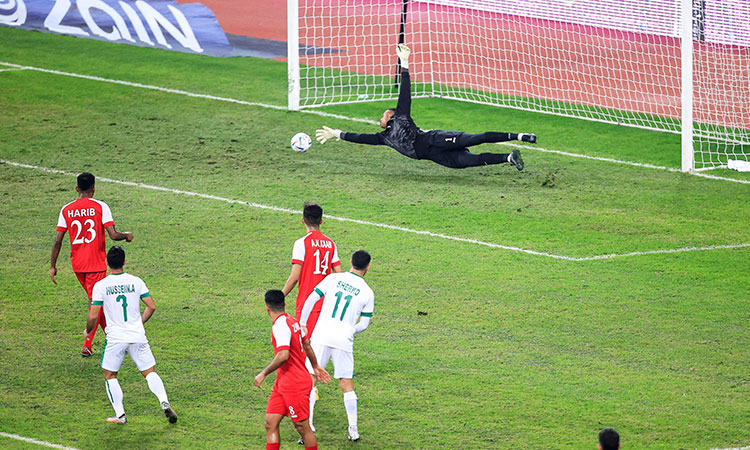 Baghdad last staged a competitive international game in September 2001 against Bahrain but was finally scheduled to host a 2022 World Cup qualifier against United Arab Emirates on March 24 last year. After a missile attack on Erbil 11 days before the game was to be played, however, the venue was switched from the Iraqi capital to Saudi Arabia.

“The Gulf Cup is a message to international sports institutions that Iraq is a safe country, that it has the capacity and capabilities enabling it to attract tournaments,” Iraq’s new Prime Minister Mohammed Shia Al Sudani said.

He suggested that FIFA allow Iraq to play World Cup qualifiers on home soil.  “The simplest message that the international federation could give to the Iraqi fans is lifting the international ban on Iraqi stadiums,” he said. 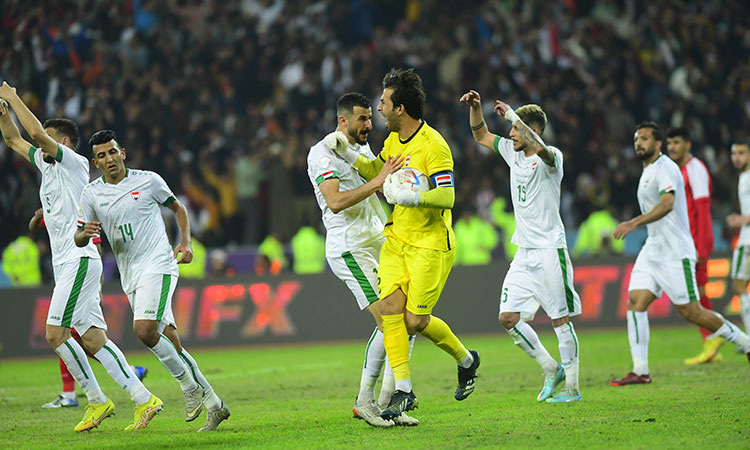 It was a blow for organisers of the first international soccer tournament hosted in Iraq since 1979 as the bigger prize of hosting 2026 World Cup qualifiers seemed to be within reach.

The Gulf Cup, an eight-nation tournament that usually takes place every two years, kicked off on Jan.6 with FIFA President Gianni Infantino in attendance.

“I am so happy that competitive football has finally returned to Iraq, a real football-loving country, even more so with such a prestigious tournament,” Infantino said.

It remains to be seen if the stampede impacts any decision that FIFA makes on Iraq hosting 2026 World Cup qualifiers that will start in Asia in October.