Ishan Kishan plays a shot during the first T20 match between India and Sri Lanka in Lucknow on Thursday. AP

Half-centuries by Ishan Kishan and Shreyas Iyer set up India’s rout of Sri Lanka by 62 runs in the first Twenty20 on Thursday.

In reply, Sri Lanka was 60-5 by the 11th over and restricted to 137-6. It never looked in the hunt for victory. The series moves to Dharamsala for the last two T20s on Saturday and Sunday.

India received a brilliant start from an opening stand of 111 by Kishan and Rohit Sharma. The skipper scored 44 off 32 balls, including two fours and a six. 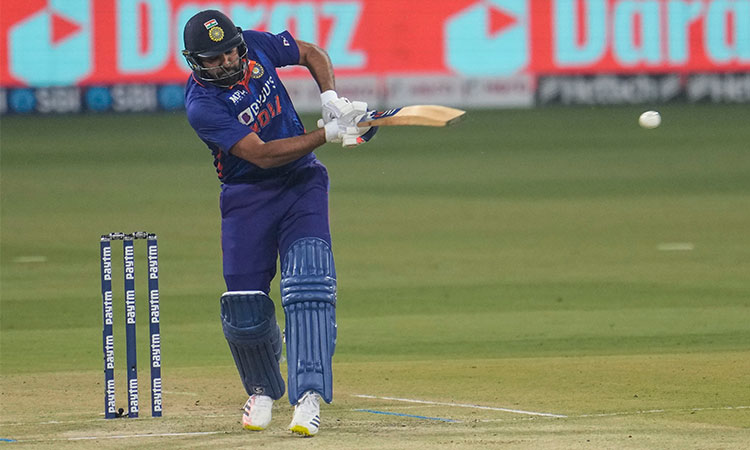 Rohit Sharma plays a shot during the first T20 match in Lucknow. AP

Kishan provided the real fireworks by hitting 10 fours and three sixes. He was dropped on 43. India raced to 50 off 32 balls. Kishan brought up his second T20 half-century off 30 deliveries.

Their 100-run stand came off 62 deliveries before Lahiru Kumara bowled Sharma. Kishan suffered from cramps and slowed down until holing out in the 17th over.

In the meantime, Iyer got going and made up for lost time in the last three overs. He hit 40 runs off the last 14 deliveries he faced and raced to a fourth half-century. Overall, he hit five fours and two sixes.

Chasing 200 for victory, Sri Lanka was stymied from the start. Bhuvneshwar Kumar accounted for both openers to leave the visitors at 15-2. 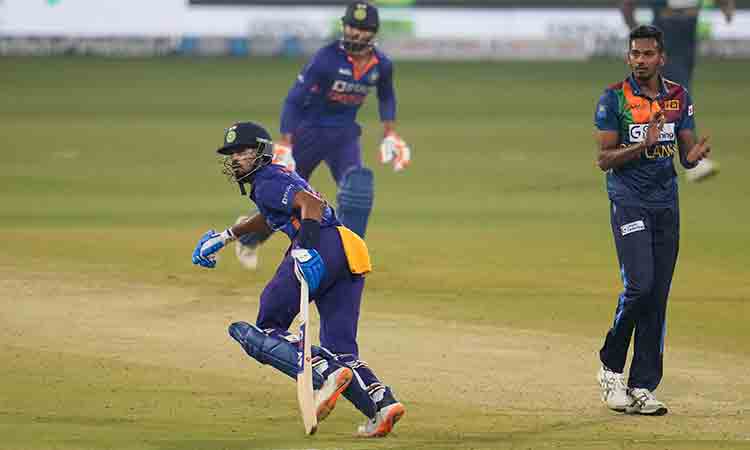 Venkatesh Iyer took 2-36 in three overs, and Ravindra Jadeja and Yuzvendra Chahal took a wicket each.

Worryingly for Sri Lanka, only Jadeja used up his allotted four overs.

Charith Asalanka led Sri Lanka with a sedate 53 off 47 balls, including five fours. He received late support from Chamika Karunaratne (21) and Dushmantha Chameera (24 not out) to push the score past 100.

COVID-19: Dhs3,000 fine for not wearing facemasks in closed places in UAE

IMF reaches deal with Pakistan to revive $6b bailout