Englishman Hales hammered 13 fours and a six in his belligerent unbeaten 82 off 54 balls and Stirling was even more ruthless in scoring 57 off just 25 deliveries as Islamabad cruised to 172-1 in 15.5 overs and handed Peshawar their heaviest ever defeat in the PSL when batting first.

Islamabad followed the template of chasing at the National Stadium after winning the toss and had earlier restricted Peshawar to 168-6. All five games in this season have won by the teams chasing. 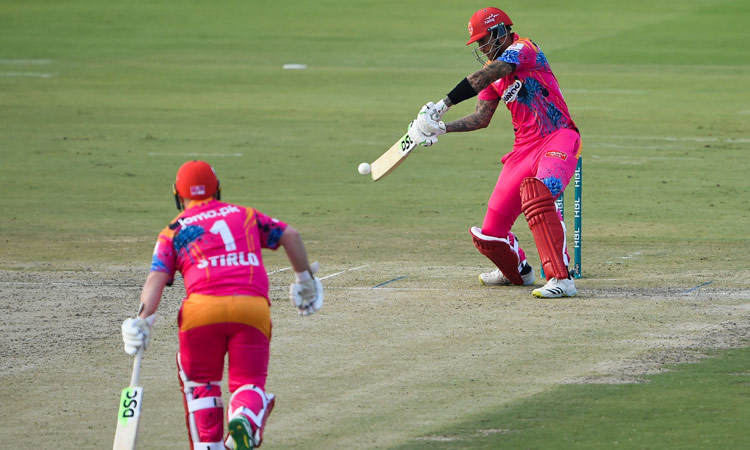 Haider Ali played on to captain Shadab Khan’s (1-28) short delivery first up before Rutherford and Malik steadied the innings with a 73-run stand before Cutting added a further 51 runs on the backend of the innings.

Stirling and Hales provided a whirwind start of 78 in the batting powerplay and didn’t spare either the fast bowlers or the leg-spin of Usman Qadir (0-41), who had a forgettable outing of three overs.

Stirling was finally run-out in the 11th over when he couldn’t beat the direct throw from captain Wahab Riaz, who led the side after completing his isolation due to positive COVID-19 test.

Islamabad signing Rahmanullah Gurbaz of Afghanistan continued where Stirling left off as the young batsman smashed an unbeaten 27 off just 16 balls that included a helicopter six over mid-wicket off expensive fast bowler Sohail Khan (0-45).

Hales duly finished off the game by striking two consecutive boundaries against Cutting as Islamabad made an early impact in the competition with a brilliant all-round performance.