Amir Khan celebrates with his trainer Joe Goossen and his team after winning the fight. File / Reuters

Former world champion Amir Khan announced on Friday he was retiring from boxing after a 17-year professional career.

The 35-year-old British fighter, who became a unified world champion at light-welterweight, hangs up his gloves with a record of 34 wins from his 40 fights.

The 2004 Olympic silver medallist, who also challenged for world titles at welterweight and middleweight, won the first 18 contests of his pro career, becoming one of the finest British boxers of his era.

Khan’s career ended in defeat when he was stopped in the sixth round of his grudge match against long-time rival and compatriot Kell Brook in Manchester in February. Brook announced his own retirement last week.

“It’s time to hang up my gloves,” Khan wrote on his Twitter account. “I feel blessed to have had such an amazing career that has spanned over 27 years.

“I want to say a heartfelt thanks to the incredible teams I have worked with and to my family, friends and fans for the love and support they have shown me.”
Khan became world champion in 2009, defeating Ukraine’s Andreas Kotelnik in a WBA super-lightweight bout and saw off US opponent Zab Judah to add the IBF belt two years later. 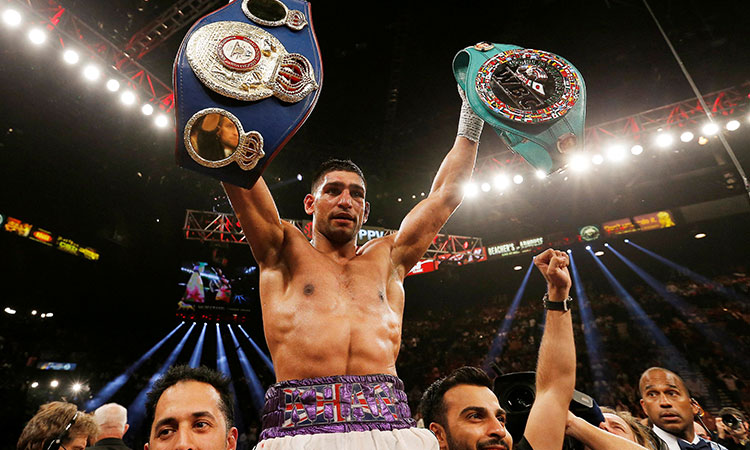 A controversial points loss against American Lamont Peterson later in 2011 brought the British boxer’s reign to a frustrating end but he was reinstated as WBA titlist after Peterson tested positive for a banned substance in the lead-up to the rematch.

But it was a short reign as he was savagely stopped by Danny Garcia in 2012, a defeat that marked the last time he came into the ring holding a major world title.
Khan leapt two divisions to face Saul “Canelo” Alvarez in 2016 for the WBC middleweight title but the Mexican ended matters clinically with a devastating one-punch sixth-round knockout.

Despite his waning performances in the ring, his appeal with the British public was cemented by an appearance on TV reality show “I’m a Celebrity… Get Me Out of Here!” in 2017. 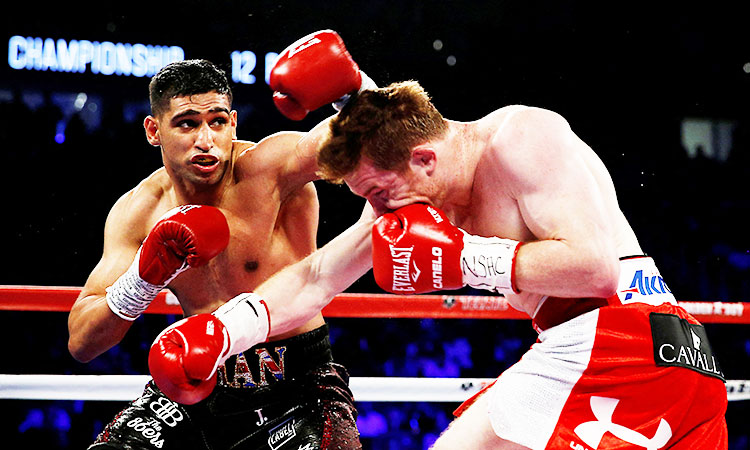 Khan was also stopped inside six rounds by WBO welterweight champion Terence Crawford in 2019 before surprisingly teaming up and training alongside the American in Colorado for his much-anticipated fight against Brook earlier this year.

But there would be no storybook ending as Khan’s face was left battered and bruised before he was stopped on his feet.