There will be a new Grand Slam champion on Centre Court when Ons Jabeur plays Elena Rybakina on Saturday in the Wimbledon final.

Ons Jabeur said that the seeds of her history-making charge to the Wimbledon final were sown 12 months ago when she told her coaching team: “I’m coming back for the title.”

Jabeur became the first African woman to reach a Grand Slam final in the modern era when she beat close friend Tatjana Maria, 6-2, 3-6, 6-1 in the semi-finals.

Looking to serve after Eid gift by becoming the first Arab to win a Grand Slam title, she will face Russian-born Elena Rybakina, now representing Kazakhstan.

Twelve months ago, Jabeur, 27, made the quarter-finals for the first time, losing to Aryna Sabalenka. But on the way she knocked out five-time champion Venus Williams, 2017 winner Garbine Muguruza, as well as current number one Iga Swiatek. 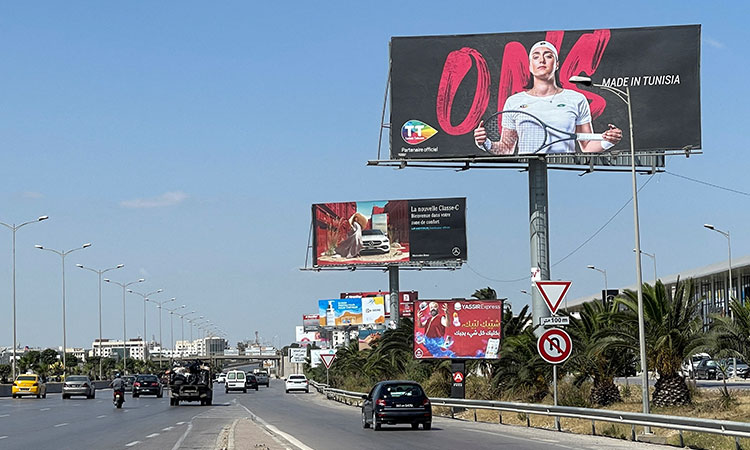 Having never previously got past the second round at the All England Club, that run gave her the taste for more.

“Not to lie to you, the dream kind of started last year when I enjoyed playing here, enjoyed the crowd,” said the world number two. “I didn’t play so many Wimbledons before. Usually it was the first and second round. It’s tricky on grass but I knew I was playing good on grass because of my game and everything.

“Melanie (Maillard), my mental coach, reminded me when I lost in the quarter-finals I told her like, ‘I’m coming back next year for the title’.”

Maillard did not need convincing. “She was like, ‘You will’. She knows that if I put something in my mind, I do it. I’m one step away from achieving it,” said Jabeur. “I hope it’s going to happen.”

Jabeur coasted through the first four rounds at Wimbledon this year before needing three sets to defeat Marie Bouzkova and then three more to see off Maria.

Her run to the final came after a dispiriting first-round exit at the French Open in May.

Jabeur had been one of the favourites for the title in Paris having won the Madrid clay court title followed by a runners-up spot finish to Swiatek in Rome. But a quick reset after her disappointment in the French capital put her back on course.

“I had to remind myself why did I start playing tennis, what kind of joy that tennis brings to me. As soon as I remind myself that, I get pumped, motivated to go.”

Russian and Belarusian players are banned from this year’s tournament following the invasion of Ukraine. But there will be a Russian presence in the final after Rybakina, playing in her first Slam final, switched allegiance to Kazakhstan in 2018.

“I’m really happy representing Kazakhstan. They believed in me. There is no more question about how I feel,” said the 23-year-old.

“It’s already a long time my journey as a Kazakh player. I played Olympics, Fed Cup.”

Rybakina had never got past the quarter-finals of a Slam before this year’s Wimbledon. But the grass courts of Wimbledon are the perfect platform for her game.

She has fired 49 aces so far and boasts the second-fastest serve in the women’s tournament at 122 miles (196 kilometres) per hour.

There could also a sharp contrast in celebration. “She’s not someone who screams a lot every point. I respect that about her,” said Jabeur.

“I know she’s a very shy person even outside the court. Maybe I’ll be the one screaming on Saturday.”