Usman Khawaja finessed his second century of the match to place Australia in a commanding position to chase down yet another victory over weary England in the fourth Ashes Test in Sydney on Saturday.

The Pakistan-born Khawaja has been in imperious form in his comeback from a 30-month Test exile, hitting 137 in the first innings before adding an unbeaten 101 to break English hearts.

It was just the third time that twin centuries have been made at the Sydney Cricket Ground with former Australia captain Ricky Ponting the last man to score two centuries in an SCG test – 2006 vs. South Africa. 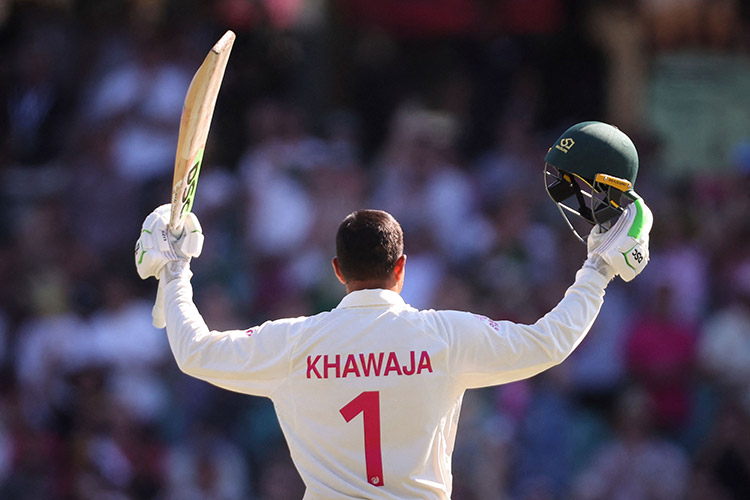 Khawaja and Green rebuffed England’s efforts after the loss of key batsmen David Warner, Marnus Labuschagne and Steve Smith to have the Australians at 86 for four.

Smith again failed to get going in a 31-ball stay and was bowled for 23 after he was late on the shot from a Leach skidder.

So far in the series, Smith has scored a total of 217 runs after scoring 93 in the second Adelaide Test. His series average stands at 36.16, well below his current Test average of 60.84.

Mark Wood once again captured the valued wicket of the number-one-rated Test batsman Labuschagne, having him caught behind for 29.

The record successful fourth innings chase at the SCG is 288 runs, which was achieved by Ponting’s Australia in the same 2006 test against South Africa. 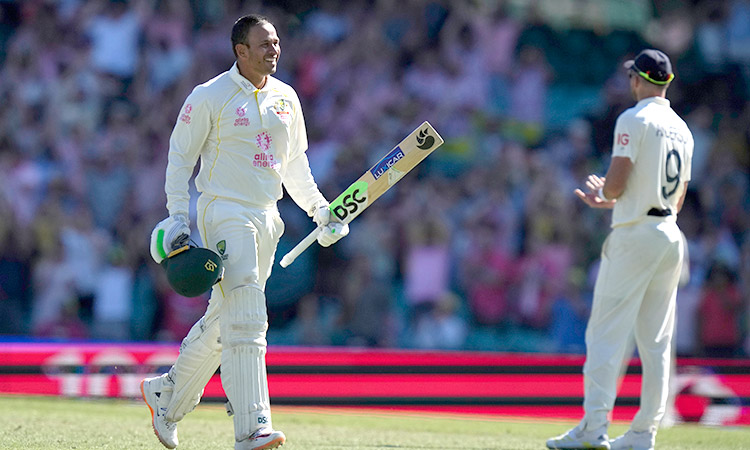 Green (74 ) made a welcome contribution for Australia, which had sunk to 86-4 earlier in the day, with his second half-century in his eighth test.

Spinner Jack Leach took four wickets for England, including taking Green and Alex Carey off the final two balls of Australia’s innings, in what was his best bowling performance of the series.

England has not scored more than 300 in an innings this series and will first need to navigate about an hour of play still remaining Saturday.