Virat Kohli reacts after scoring fifty runs during the Asia Cup match between India and Pakistan in Dubai on Sunday night. AP

Virat Kohli has revealed that only Mahendra Singh Dhoni sent him messages of support during a tough phase of mental struggle after quitting the Test captaincy.

Kohli, 33, has shrugged off his extended dry run with the bat at the Asia Cup, hitting two successive half-centuries, including 60 against Pakistan in a losing cause at Dubai International Cricket Stadium on Sunday.

Kohli took a month off to recharge ahead of the six-nation tournament that acts as a tune-up to the T20 World Cup beginning next month.

The former captain’s loss of form became a constant talking point in world cricket, but he said the hard times had revealed his true friends.

“I would only say one thing, when I left Test captaincy I got messages only from MS Dhoni and nobody else,” Kohli said. “Lot of people have my number and say things on TV but no one sent me a message. If you want to give me suggestions, give me one-on-one, otherwise it has no meaning to me.”

Kohli started his Test and One-Day International (ODI) career in 2011 when Dhoni was captain.

“The respect and connection that you have with someone, that shows in this way,” Kohli said. “There are some connections which are genuine and it has some security.”

The former top-ranked Test batsman gave up the T20 captaincy after last year’s World Cup and was soon axed as one-day skipper in the worst period of his international career.

Kohli, who has not scored an international century since November 2019, then relinquished the Test leadership in January as Rohit Sharma became captain across all formats.

Critics, among them former World Cup-winning captain Kapil Dev, even suggested Kohli should be dropped.

But Kohli insisted such comments had never bothered him after his 44-ball 60 helped India to 181-7, which Pakistan overhauled with a ball to spare in a thrilling Super Four contest on Sunday.

“I never really paid attention to these things to be honest,” Kohli told reporters. “Played 14 years and it doesn’t happen by chance. My job is to work hard on my game, something that I am keen to do.” 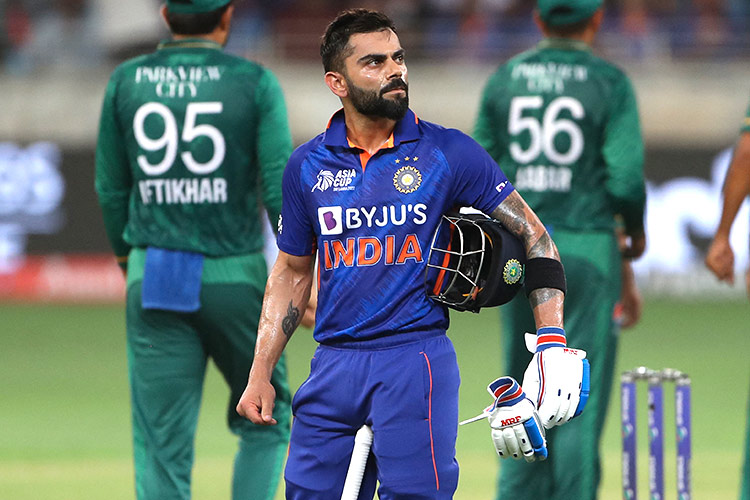 Kohli said he was welcomed back to the India dressing room after his month-long break and was “absolutely loving playing all over again and feeling good when batting.”

Kohli, who has struck 27 centuries in 102 Tests, recently opened up on his struggles with mental health, admitting he tried to fake intensity on the field.

“It’s not bad to take a break and I hope this gives people strength and are able to address their feelings,” Kohli reiterated. “Anybody can have such feelings but it’s important to recognise and take care of it.

“You will get more frustrated if you ignore it. I am happy, I am excited and enjoying my cricket again which was the most important thing for me.”