Liverpool held their nerve to win the FA Cup for the first time since 2006 after a dramatic penalty shoot-out against Chelsea as the quadruple chasers kept their history bid alive on Saturday.

Jurgen Klopp’s side won 6-5 on penalties at Wembley as Greek defender Kostas Tsimikas was the unlikely hero with the decisive kick after Alisson Becker kept out Mason Mount’s effort. 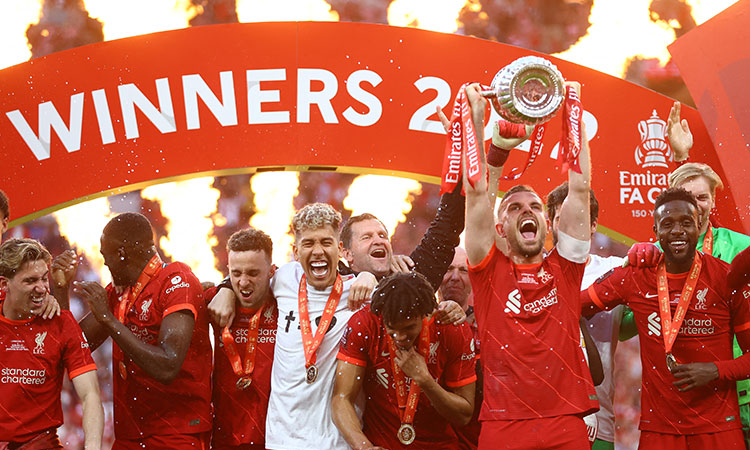 Liverpool’s Jordan Henderson lifts the trophy as they celebrate after winning the FA Cup. Reuters

A hard-fought final had finished a 0-0 draw after extra-time, setting the stage for a nerve-jangling shoot-out that featured misses by Chelsea’s Cesar Azpilicueta and Sadio Mane, whose shot was saved by Edouard Mendy when he had a chance to clinch the trophy.

For the second time this season, Liverpool emerged victorious against Chelsea on penalties, having already beaten them 11-10 following another 0-0 draw in the League Cup final in February.

Liverpool’s triumph keeps them in the hunt to become the first English team to win all four major trophies in a single season.

With two prizes already secured, the Reds will hope for a slip from Premier League leaders Manchester City, who are three points clear of them in the title race with two games left for both teams. 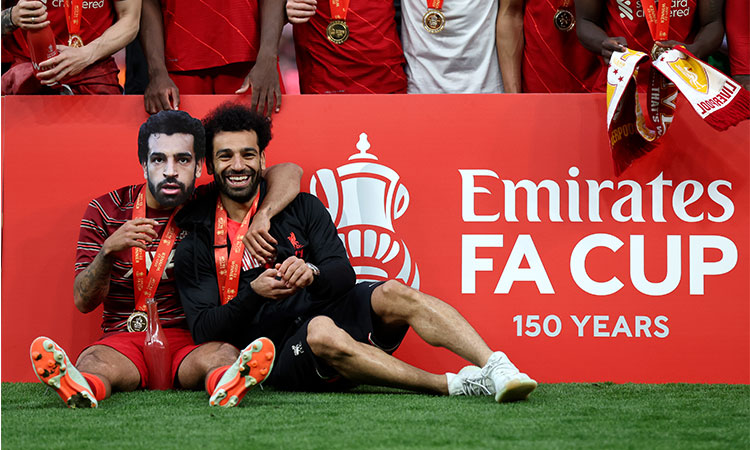 Even if Liverpool are unable to win a second English title in three seasons, they could still cap an astonishing campaign by winning the Champions League final against Real Madrid in Paris on May 28.

With that ambition in mind, Klopp’s only concern as he danced jubilantly in front of the Liverpool supporters amid a swirling mist of red flare smoke was whether his team will be at full strength against Real.

Liverpool lost Mohamed Salah and Virgil van Dijk to injuries that could rule them out of their last two Premier League games next week and will spark fears about their ability to recover in time for the Champions League final. 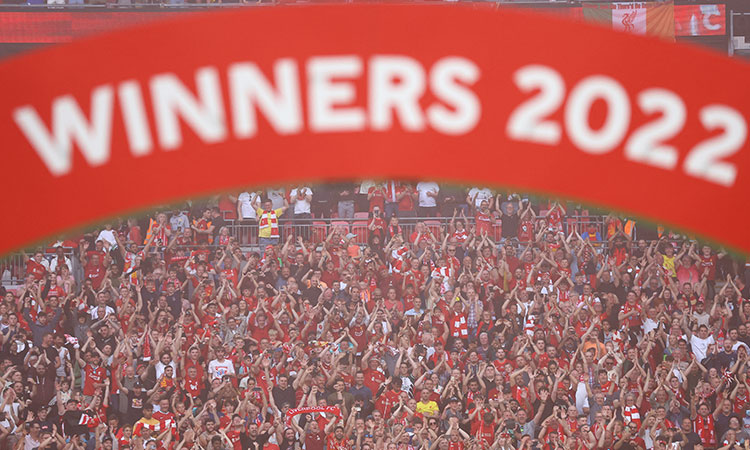 For Chelsea, it was a painful third successive FA Cup final defeat after previous losses to Leicester and Arsenal. Liverpool made a blistering start as they swarmed forward in a blur of swift passes and relentless pressing.

Diaz should have put Liverpool ahead after accelerating onto a sublime pass from Trent Alexander-Arnold, who caressed the ball through Chelsea’s defence with the outside of his boot.

Diaz’s tame shot was saved by Mendy, but the ball was still rolling towards goal until Trevoh Chalobah scrambled back to hack clear at the last moment.

With Tuchel gesticulating furiously on the touchline, Chelsea dug in and finally turned back the red tide.

Pulisic carried the fight to Liverpool again moments later, slipping his pass to Alonso, who should have scored but took a poor first touch and scuffed his shot straight at Alisson Becker.

Diogo Jota wasted a golden chance to give Liverpool the lead soon after his introduction as Salah’s replacement, the Portugal forward volleying over from Andrew Robertson’s cross. 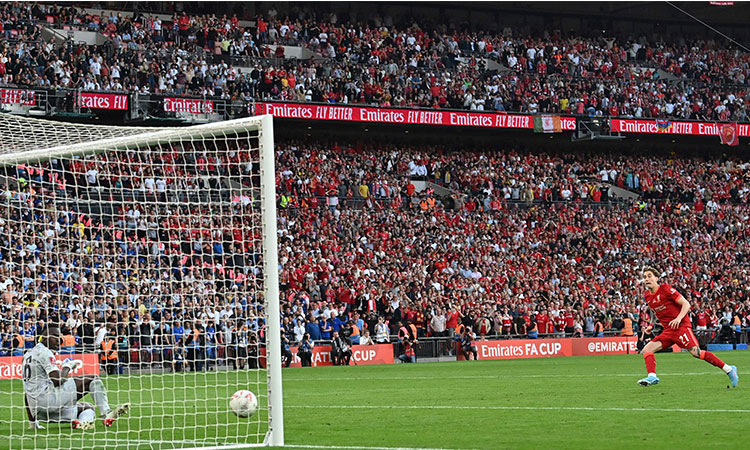 Chelsea were on the offensive after the interval and Pulisic’s strike was well saved by Alisson before Alonso’s free-kick cannoned off the bar.

But Klopp’s self-proclaimed “mentality monsters” haven’t come this close to a quadruple without remarkable fortitude.

They wrestled back the momentum and Diaz clipped the outside of the post before Robertson volleyed against the woodwork.

In the spring heat, and with both teams having played at least 60 games in a marathon season, it was no surprise fatigue became a factor in a tame extra period that never looked like producing a winner.

Tuchel had sent on his penalty-saving specialist keeper Kepa Arrizabalaga ahead of the League Cup final shoot-out in a move that backfired.

Tuchel stuck with Mendy this time, but the result was still the same.

Klopp admitted Liverpool’s remarkable season would be a disappointment if they only finished with the League Cup, but he no longer has to worry about that.