A France’s supporters smiles ahead of the Qatar 2022 World Cup round of 16 football match between France and Poland at the Al Thumama Stadium in Doha on Sunday. AFP

Hugo Lloris wins a record-equalling 142nd cap for France as he captains the holders in their World Cup last-16 clash with Poland at Doha’s Al Thumama Stadium on Sunday.

The Tottenham Hotspur goalkeeper equals the all-time record held by 1998 World Cup-winning full-back Lilian Thuram as he returns to the French line-up in one of nine changes made by coach Didier Deschamps.

Centre-back Raphael Varane and midfielder Aurelien Tchouameni are the only players in the line-up who also started in Wednesday’s 1-0 defeat by Tunisia when France had already secured their place in the last 16. 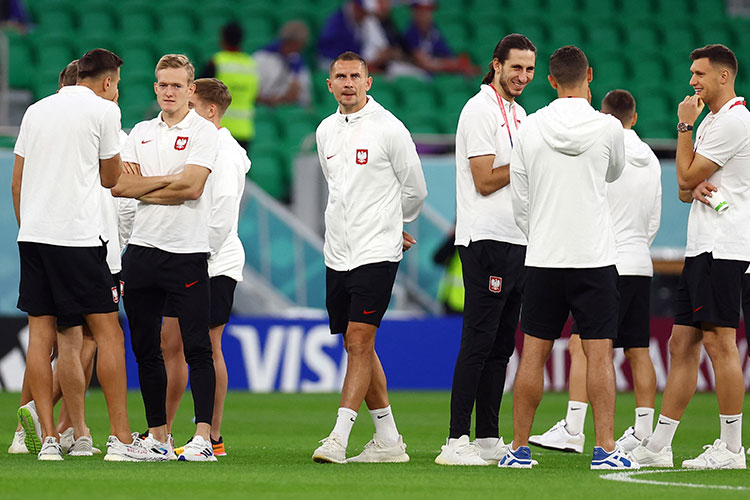 Kylian Mbappe is among the other players to return while Olivier Giroud will move clear of Thierry Henry as France’s all-time top scorer if he scores — the duo are currently level on 51 international goals each.

Captain Robert Lewandowski is the lone man in attack as Jakub Kaminski and Sebastian Szymanski come into the side, with Krystian Bielik the other player to make way.

It is the first meeting of the nations at a major tournament since the 1982 World Cup, when Poland beat France in the third place play-off.