Football stadiums are always full of weird situations, but the most recent ones have been weird with a romantic undertone. And that’s when Jeff Hardeveld, a player for FC Emmen’s first division club in the Netherlands, announced his engagement to a fourth referee, Shona Shukrula, who he met when he passed by her after he was sent off in a league match.

The story begins when Jeff was kicked out of the match and stood on the exit line angry after being sent off and refusing to leave the field. 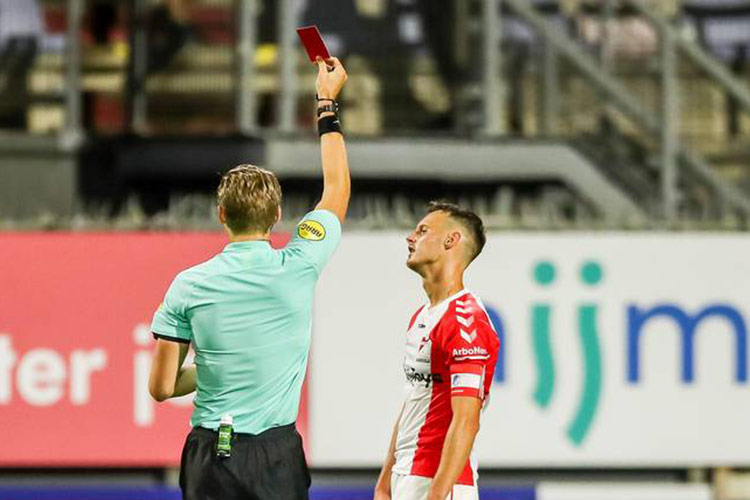 So Shona Shukrula as the fourth official came to talk to him and asked him to get off the field, and from here their relationship began.

FC Emmen suffered a surprise loss to Eindhoven thanks to a goal from Jasper Dahlhaus, but it turned out to be a special occasion for Hardeveld and Shukrula. 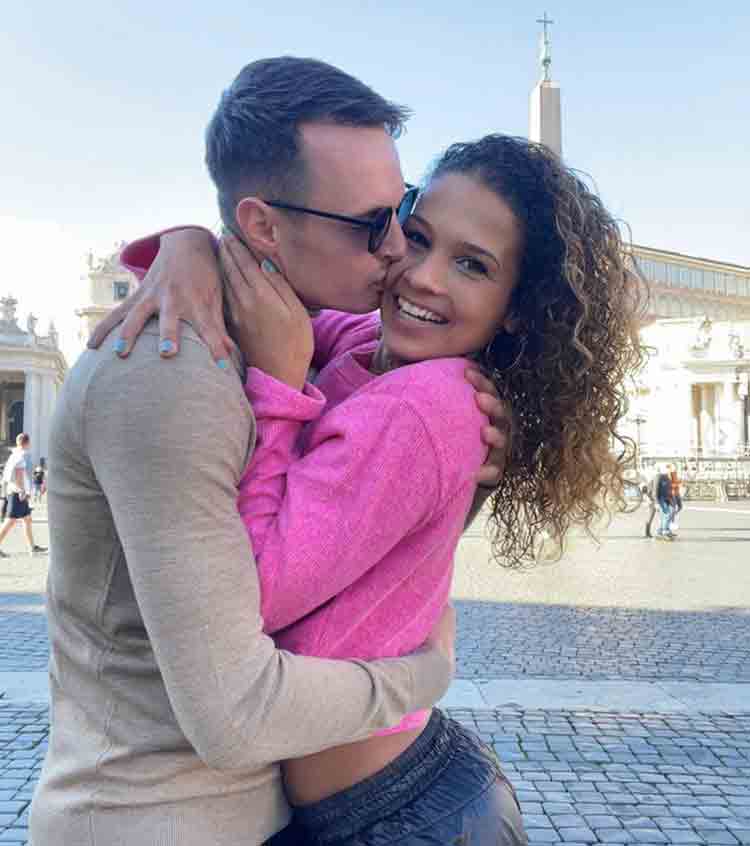 The Dutch wisdom, Shona Shukrula, published their photo during their vacation in the Italian capital, Rome, on social media, commenting: “An official engagement with Jeff Hardeveld. She has been a referee in the Eredivisie Football League since 2009 after obtaining the approved FIFA license, and has had the opportunity to participate in some international matches and is considered one of the highest rated referees in the Netherlands.

On the other hand, the 26-year-old full-back “Jeff” graduated from the Feyenoord Academy, before moving to some teams and then settling in the Emmen team, and was called up once to the Netherlands under-21 team.