Players in action during a Padel Championship match of the Nad Al Sheba Sports Tournament 2022 on Monday.

Saeed Mohammed Al Marri and Javier Garcia Lopez stormed into the quarters-finals as some exciting clashes took place in the Padel Championship on the third day of the Nad Al Sheba (NAS) Sports Tournament 2022.

Marri and Garcia Lopez dominated the proceedings from the start, defeating Abdulkarim Alarif Abdulla Abdulkarim and Farhan Hudda Hudda 6-0, 6-1 in the first match of the third day in the Emirati and Expat categories.

In another thrilling clash, Naser Al Ketbi and Javier Santonja were taken a distance by Ali Al Arif and Martin Noschese before prevailing 7-6, 5-7, 10-6 to book their spot in the last eight. 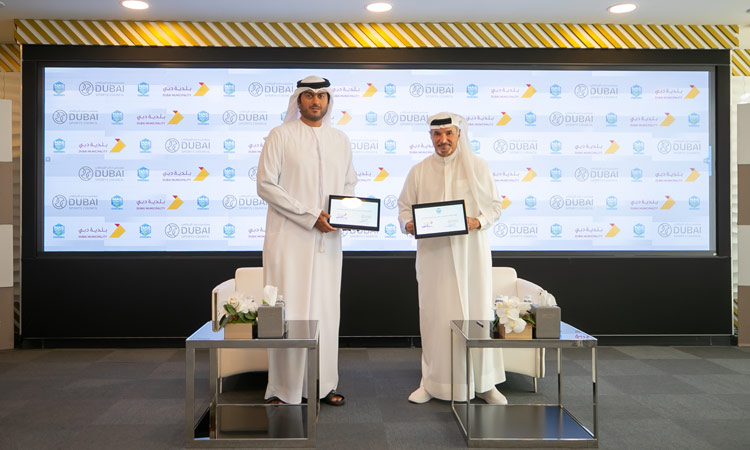 Saeed Hareb and Jaber Al Ali pose for a picture after signing an agreement.

The volleyball and wheelchair basketball competitions will kick off on Wednesday. Fohood Zabeel will square off against HMS Group in the opener, which will start at 9.30pm. Bin Thani will face Surprise team in the next match.

Dnata will face the General Directorate of Residency and Foreign Affairs in Dubai, and the team of the Department of Finance will face the Dubai Corporation for Ambulance Services in a late clash. The Al Thiqa Club for the Disabled and the Al-Bustan Center and Residence team are also taking part in the competition.

Meanwhile, Dubai Municipality renewed its partnership with Nad Al Sheba Sports Tournament. They joined the roster as main sponsor of the ninth edition of the event.

Hareb emphasized that the Dubai Municipality is a strategic partner of the Dubai Sports Council and it is one of the national institutions that contributes to the happiness of community members, as well as making great contributions to support and enhance the sports sector. 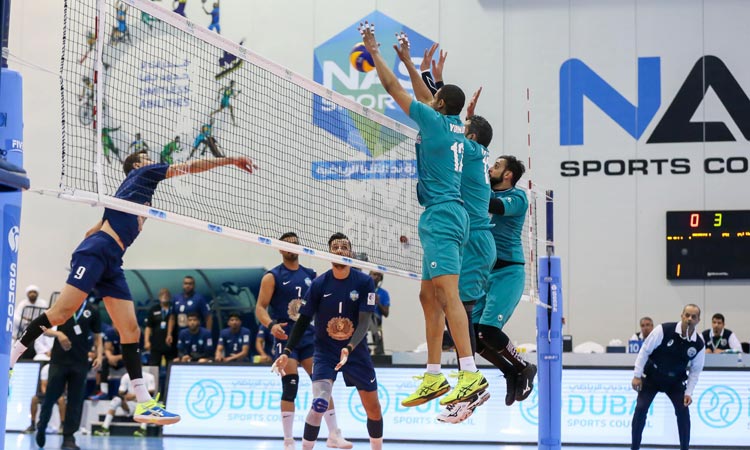 The volleyball match of the Nad Al Sheba Sports Tournament 2022 will start on Wednesday.

Ali, Executive Director of the Support Services Sector, said: “Dubai Municipality is keen to participate as a sponsor of the current edition of the Nad Al Sheba Sports Tournament, as the municipality’s sponsorship is in support of the course’s success, in which athletes of various ages and nationalities from both inside and outside the country compete, and to highlight it as one of Dubai’s most prominent tournaments and events.

“Dubai Municipality has always looked forward to sponsoring the tournament in recognition of its importance and position as a prominent national event, and we are pleased to have the honor of sponsoring this edition of the session this year, which we are confident that it will achieve greater success and wider resonance with athletes and fans thanks to the continuous development in its activities and programmes and the level of expertise,” he added.

“Our wise leadership has paid great attention to the sports sector in the Emirates, as it is an essential sector of life, and influencing the growth and welfare of society, the happiness and health of its members of different nationalities.

“Our leadership also provides the sports sector with all the support that helps it achieve its important goals related to development, growth, character building and the adoption of an optimal healthy lifestyle, which is consolidated in this session through the sports that it includes and providing an opportunity for young people and all segments of society to meet in the atmosphere of the holy month.”