The opening pair of Shan Masood and captain Mohammad Rizwan hit half-centuries to power defending champion Multan Sultans to a five-wicket win over Lahore Qalandars in the Pakistan Super League (PSL) on Saturday.

Left-handed Masood made 83 off 50 balls while Rizwan’s (69) sublime form in the T20s continued as he scored his second successive half-century in Multan’s record-breaking chase of 209-5 with two balls to spare.

It was the highest-ever successful chase in the PSL, which is in its seventh season. Opener Fakhar Zaman’s blistering 76 off 35 balls had earlier set up Lahore’s strong total of 206-5 after Rizwan won the toss and opted to field. 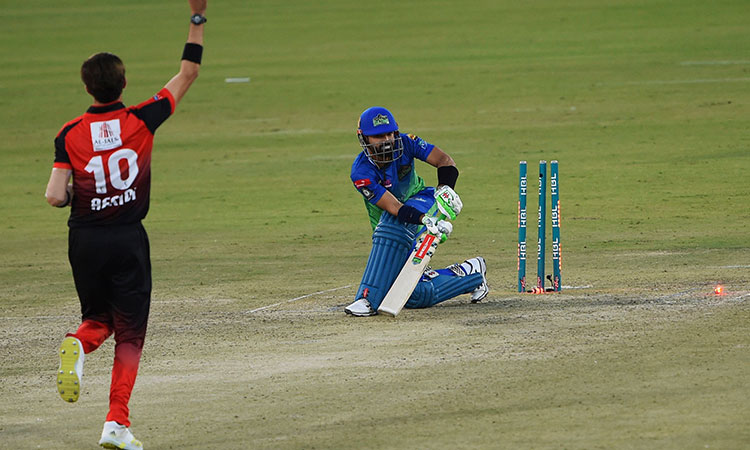 Mohammad Rizwan (R) reacts after being bowled by Shaheen Shah Afridi during the PSL match in Karachi. AFP

With 17 required off the last two overs, Lahore skipper Shaheen Shah Afridi (3-40) pushed Multan in a tight corner by conceding only one run and claiming the wickets of Sohaib Maqsood (20) and Tim David (1).

But left-hander Khushdil Shah (18 not out) hit experienced Haris Rauf for three fours and a six in the final over to seal a thrilling win for Multan, which beat Karachi Kings in the season opener Thursday. The star-studded Lahore bowling lineup teetered Thursday against Masood and Rizwan.

Afridi and Rauf were erratic in their opening spells of two overs each while Afghanistan leg-spinner Rashid Khan (1-28) had to wait until his fourth over to break the 150-run opening stand.

Masood hit 14 fours and a six in his masterful knock before he was undone by Rashid’s googly which knocked back the off stump in the 15th over. Rizwan, who hit six fours and three sixes, was bowled around his legs by Afridi’s full-pitched delivery before Shah’s cameo saw Multan over the line in the last over. 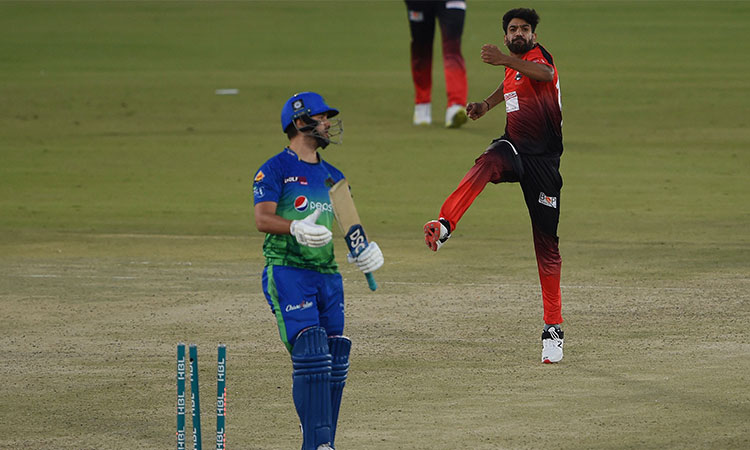 Earlier, Fakhar set the tone of Lahore’s big total by smashing 11 fours and two sixes before he was smartly caught at short fine leg by diving Imran Khan as he tried to flick fast bowler Ihsanullah in the 12th over.

Kamran Ghulam made a useful contribution of 43 off 31 balls but it was Rashid’s two sixes and a four in Shahnawaz Dahani’s (1-44) last over that took Lahore over the 200-run mark.

PSL was launched in the UAE with a humble beginning when a consortium of four business houses came together to give Pakistan its own league. Since then, the PSL ahs grwon by leaps and bound and today it is the second biggest and richest T20 league of world after India’s Premier League.