The 11th edition of the Mohammed Bin Rashid Al Maktoum Creative Sports Award will celebrate its winners at a glittering presentation ceremony on Sunday, January 9, in the heart of Expo 2020 Dubai – the Dubai Exhibition Centre. Among them is Imran Khan, Prime Minister of the Republic of Pakistan, who has been named the International Sports Personality Award in appreciation of his efforts in turning Pakistan into one of the world’s leading cricketing nations.

He was captain of the Pakistan team that emerged victorious in the 1992 Cricket World Cup, defeating England in the final. An inspirational sports icon, he continues to inspire young people as Prime Minister now, enhancing the status of sports in general and cricket in particular, and empowering Pakistani society through sports. Today, half of the country’s 221 million population identify themselves as cricket fans, and nearly 42,000 players are officially registered with the Pakistan Cricket Board. In 2019, PM Imran Khan launched a pioneering $639 million initiative for the welfare of Pakistan’s youth, under which young men and women will be given scholarships and skill-development opportunities, including scholarships in sports.

In June this year, PM Imran Khan announced plans to build a cricket ground in each of Pakistan’s 4,000-plus Union and Village Councils. The Arab Sports Personality Award Sheikh Joaan Bin Hamad Al Thani, President of Qatar Olympic Committee, has been named the Arab Sports Personality for his long list of achievements since taking over as President of the Qatar Olympic Committee in 2015, including the unprecedented success of Qatari athletes at the Tokyo Olympic Games; they won two gold medals and a bronze, and this was Qatar’s best performance at the Olympics.

He was also chair of the Organising Committee of the 2015 World Handball Championship in Doha and contributed to Qatar’s hosting of many international sports events as well as the development of equestrian sport and success of Qatari horses worldwide. He also led Qatar’s successful bid to host their second Asian Games in 2030. Doha had first hosted the premier continental championships in 2006. The Local Athlete Award Ali Ahmed Mabkhout, for his historical achievements at both the local and the international levels, where he has emerged as the all-time top scorer for the UAE national team with 78 goals. Mabkhout has also broken the goal-scoring record at the domestic level and is the UAE League’s all-time leading scorer with 175 goals. 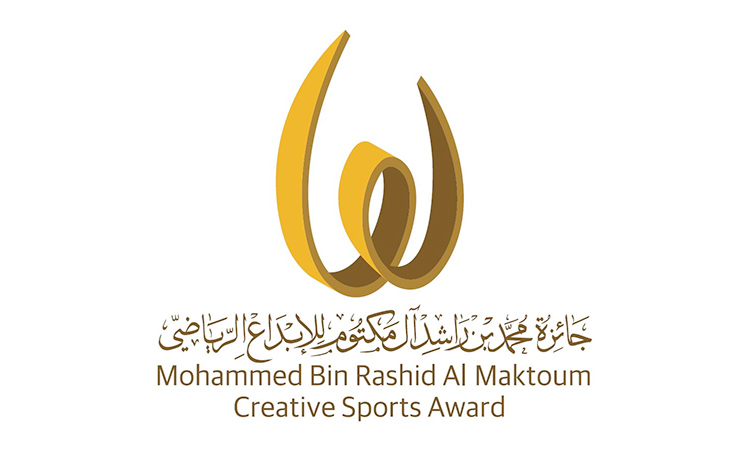 He is currently third on the list of international goal-scorers. The Local Administrator Award Anas Nasser Al Otaiba, for winning the presidency of the Asian Boxing Confederation and becoming Vice President of the International Boxing Association. The Local Referee Award Ahmed Mohammed Al Hammadi, for being the first Arab to be chosen as the head referee for the International Weightlifting Federation for People of Determination, and for his participation for the seventh time in a row as a referee at the Paralympic Games. A Mohammed Bin Rashid Al Maktoum Global Initiative, the Mohammed Bin Rashid Al Maktoum Creative Sports Award is the largest award of its kind, in terms of prize money and categories, and the first dedicated to creativity in sports.

Sponsored by Sheikh Hamdan Bin Mohammed Bin Rashid Al Maktoum, Crown Prince of Dubai and Chairman of The Executive Council of Dubai, the Award is organised under the chairmanship of Sheikh Ahmed Bin Mohammed Bin Rashid Al Maktoum, President of the National Olympic Committee, and translates the directives of the country’s wise leadership to support and raise the level of creativity in sports. 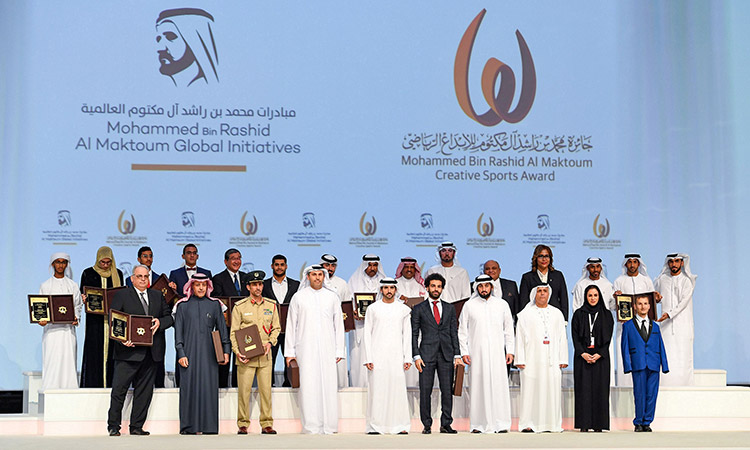 The ceremony to award the winners of the 11th Mohammed Bin Rashid Al Maktoum Creative Sports Award will take place in South Hall 1A-1C of Dubai Exhibition Centre in Expo 2020 Dubai on Sunday, bringing the curtain down on a busy season that saw a record total of 409 applications – 54 in the Institutional Creativity category, 29 in the Team Sports Creativity category and 326 in the Individual Sports Creativity category. In their previous 10 seasons, 2,188 individuals, teams and organisations from 188 different countries – including 583 from the UAE, 1,386 from Arab countries, and 219 from the rest of the world – have sent in their nominations for the Mohammed Bin Rashid Al Maktoum Creative Sports Award.

The honours list includes 230 winners – 110 from the UAE, 104 from the Arab region and 16 from the rest of the world. One hundred and sixty-five of the winners have been individuals, while 19 teams have received the coveted awards and 46 local, Arab and international institutions have been honoured for their creativity. Seven Olympic and Paralympic champions This year, the winner’s list includes seven Olympic and Paralympic champions from Tokyo, who won three gold medals and a silver and bronze at the Summer Olympic Games, and two gold and a silver at the Tokyo Paralympic Games.

The names of the winners of the 11th Mohammed Bin Rashid Al Maktoum Creative Sports Award were revealed at a ceremony on November 23, 2021, at Deep Dive Dubai, the world’s deepest pool, in the presence of Sheikh Mansoor Bin Mohammed Bin Rashid Al Maktoum, Chairman of Dubai Sports Council, and Mattar Al Tayer, Chairman of the Award’s Board of Trustees.

Eurozone inflation hits new record high of 8.1 per cent in May