Lionel Messi scored twice in the second half, including with a stunning overhead kick, as Paris Saint-Germain (PSG) began their defence of the Ligue 1 title with a 5-0 demolition of Clermont on Saturday.

The Argentinian netted two finishes, including a superb bicycle kick, after goals from Neymar, Achraf Hakimi and Marquinhos got the champions off to a dominant start at Stade Gabriel-Montpied.

Neymar was also in outstanding form for a PSG side who did not miss the injured Kylian Mbappe, with the Brazilian opening the scoring in Clermont before setting up Achraf Hakimi and Marquinhos for further goals before half-time. 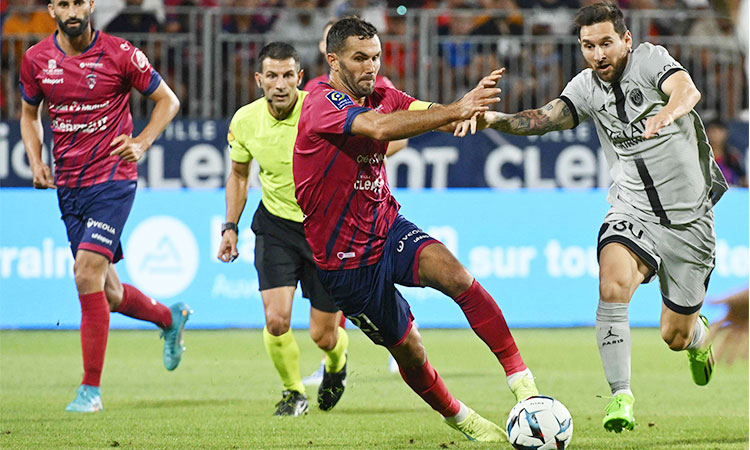 Messi then exchanged passes with Neymar before sidefooting in the visitors’ fourth goal with 10 minutes left. Yet Messi saved the best for last, darting into the box four minutes from the end to control a Leandro Paredes pass on his chest with his back to goal, before converting with an acrobatic overhead kick.

That goal had the crowd at Clermont’s Stade Gabriel-Montpied singing the name of the seven-time Ballon d’Or winner, who endured a difficult first season in Paris.

PSG’s victory in new coach Christophe Galtier’s first league game in charge was achieved despite Mbappe missing the trip due to an adductor injury. Mbappe also missed last week’s 4-0 defeat of Nantes in the season-opening Champions Trophy due to suspension.

Messi had opened the scoring in that game, while Neymar netted a brace. The duo therefore already have six goals between them this season, with PSG looking in ominous form.

Galtier said he would have no trouble finding a place in the line-up for Mbappe, who is expected to return next weekend and play his first competitive game since turning down a move to Real Madrid to sign a new three-year deal in Paris