Garbiñe Muguruza returns a shot during a match. File

Murray last played at Melbourne Park in 2019, when he made a teary retirement announcement before undergoing a second hip surgery to extend his career.

The former top-ranked Murray had also accepted a wild-card entry last year but didn’t go after testing positive for COVID-19 shortly before he was due to board a charter flight to Melbourne.

“Andy is renowned for his fighting spirit, passion and love of the game and I’m delighted to welcome him back to Melbourne in January,” Australian Open tournament director Craig Tiley said. The Australian Open begins Jan.17. 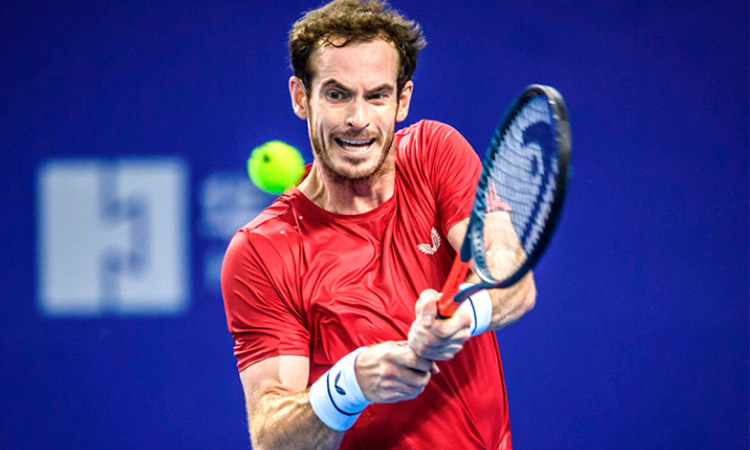 Andy Murray plays a shot during a match. File

Murray, No. 134 in the ATP rankings, spoke optimistically about going deep in tournaments again after beating Jannik Sinner to reach the quarterfinals of the Stockholm Open in November. He had also pushed Stefanos Tsitsipas to five sets in a first-round loss at the US Open in August.

“I’ve had some great times in Australia playing in front of the amazing crowds,” the 34-year-old Murray said, “and I can’t wait to step back out on court at Melbourne Park.”

The WTA returns to the Sydney Olympic Tennis Center with a WTA 500 field that boasts eight of the World’s Top 10 at the Sydney Tennis Classic.

Led by World No.1 and Wimbledon champion Ashleigh Barty, three of the reigning major champions have entered Sydney, including No.5 and French Open champion Barbora Krejcikova and No.19 and US Open champion Emma Raducanu. The tournament will run during the week before the Australian Open, from Jan.10-16. 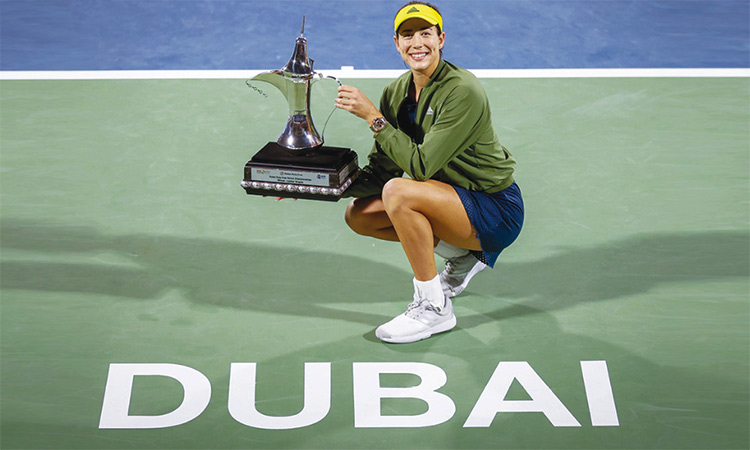 Garbiñe Muguruza with her trophy in Dubai. File

“It is fantastic to see such an incredible world-class line-up for the Sydney Tennis Classic, led by none other than our world No.1, Ash Barty,” New South Wales Minister for Tourism Stuart Ayers said.

“Events like these are essential as we help the tourism and major events sectors recover from the pandemic, driving overnight visitation and showcasing Sydney and NSW to a global television audience.” 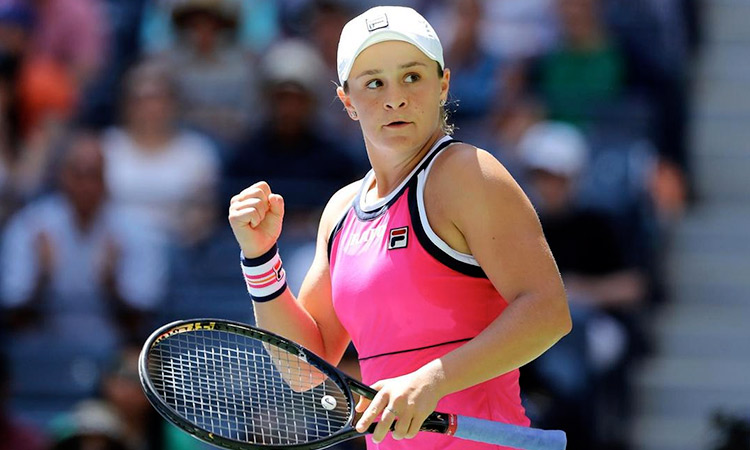 The 2022 WTA season is set to kick off on Jan.2 in Australia. Week 1 will feature a flurry of activity, as the Adelaide International, a WTA 500 event, welcomes four of the WTA Top 5, while a pair of WTA 250s in Melbourne will see the return of defending Australian Open champion Naomi Osaka, US Open champion Emma Raducanu, and Simona Halep.

Sydney will pick up the torch in Week 2, alongside a WTA 250 event in Adelaide, before the Australian Open, which begins on Jan.17th, closes out the first month of the season.

Earlier, US Open champion Emma Raducanu was named the BBC Sports Personality of the Year after a public vote, becoming the third WTA player to win the award in its 67-year history.

Raducanu became the first British woman to win a Grand Slam singles title since Virginia Wade at Wimbledon 1977 after defeating Leylah Fernandez in the Flushing Meadows final in September.

As an 18-year-old ranked World No.150 competing in her fourth tour-level main draw, she did not drop a set en route to becoming the first qualifier in history to lift a major trophy.

Raducanu follows in the footsteps of three-time Grand Slam champions Wade and Ann Jones as BBC Sports Personality of the Year winners. Wade and Jones collected the award after their Wimbledon triumphs in 1977 and 1969, respectively. Additionally on the ATP side, Greg Rusedski (1997) and Andy Murray (2013, 2015-16) have won the award.