Khulood Al Zaabi, the first Emirati female football referee to join the Asian Football Confederation (AFC), said she is delighted to join the AFC’s elite referee list, noting that her new status comes with great responsibilities that include showcasing the leadership of Emirati women globally. 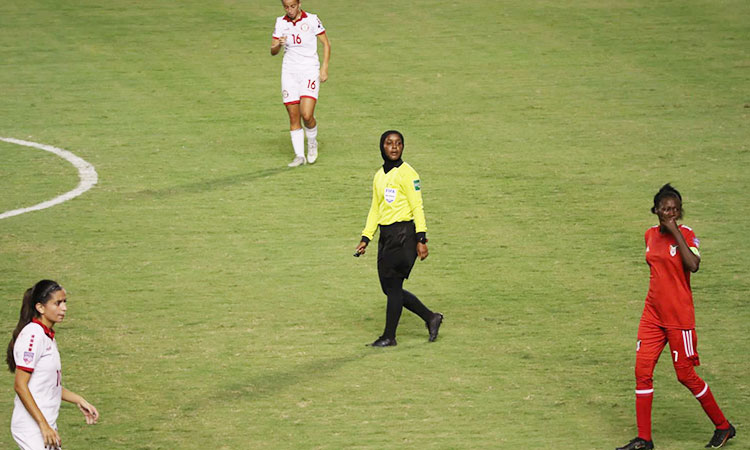 She also highlighted her gratitude for the support of Sheikh Rashid Bin Humaid Al Nuaimi, Chairman of the UAE Football Association.

Speaking about her ambitions, Al Zaabi explained that she aims to referee games at the World Cup and the UAE Pro League, noting that she can effectively referee men’s games and has self-confidence.

Regarding her participation as a video assistant referee (VAR) in some UAE Pro League games, Al Zaabi said, “During the previous season, I participated as a VAR in two matches in the Adnoc Pro League last year, which aligns with my focus on enhancing my work and training to gain experience.”

Regarding her vision of women’s football in the UAE, she explained that the sector is continuing its growth, especially with the great support provided by the UAE Football Association, which serves to ensure creating a major transformation in the sector.