Rafael Nadal reacts and holds the trophy after winning against Daniil Medvedev in Melbourne on Sunday. AFP

Rafael Nadal roared back from two sets down to win a titanic five-set duel with Daniil Medvedev and claim a record 21st Grand Slam men’s title in the Australian Open final on Sunday.

Nadal came out on top in the physical war of attrition to move ahead of era rivals Novak Djokovic and Roger Federer on the all-time list of men’s major winners. 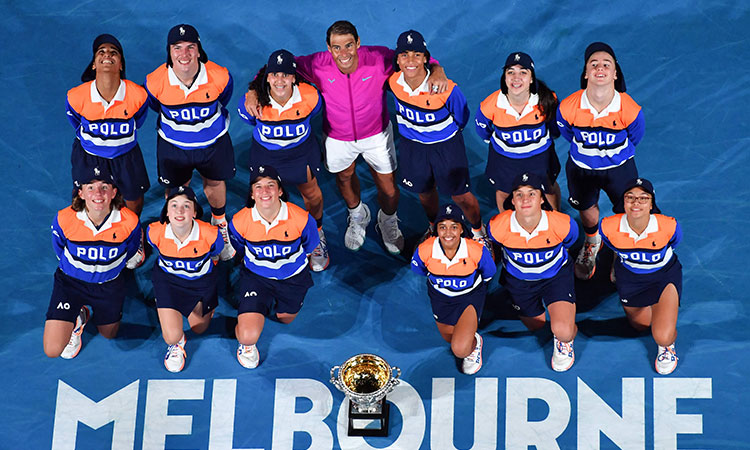 Rafael Nadal poses with the ball kids after winning against Daniil Medvedev. AFP

Djokovic missed his chance to improve on his nine Australian Open wins when he was deported over vaccination issues on the eve of the tournament, while Federer is injured.

It was one of the 35-year-old Spanish warrior’s greatest title victories in his 29th Grand Slam final winning his second Australian Open, 13 years after his first in 2009.

Nadal also became only the fourth man to win each of the four Grand Slams twice and the third oldest man in the Open Era to win a Grand Slam title, behind Ken Rosewall and Federer. 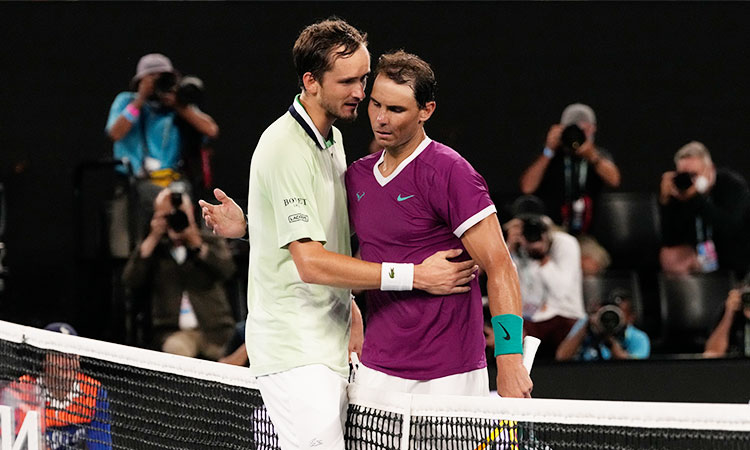 Nadal embraces Daniil Medvedev after defeating him in the men’s singles final. AP

The final went down to the bitter end with Nadal being broken as he served for the championship only for the Spaniard to break back.

On his second attempt to serve it out, Nadal powered to three match points to win amid chaotic scenes in his player’s box and the frenzied crowd.

It is the fourth time in his storied career that Nadal had clawed back to win from two sets down and the second time Nadal had denied Medvedev in a Grand Slam final, winning a five-set epic at the 2019 US Open. 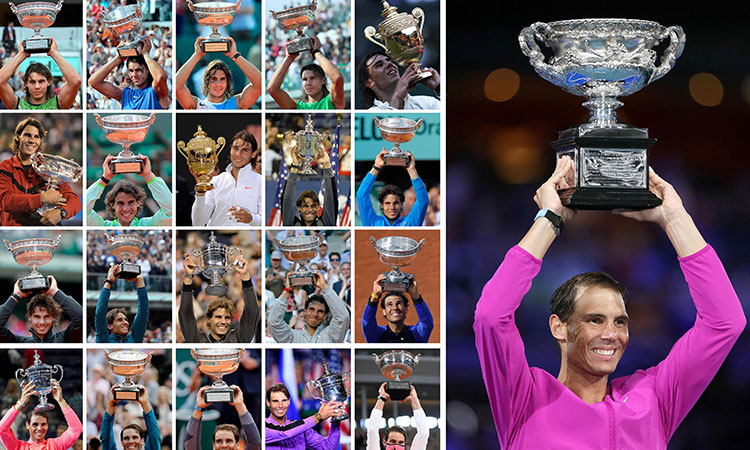 This combination of pictures created early on January 31, 2022 shows Spain’s Rafael Nadal posing with the trophies of his 21 Grand Slam victories. AFP

It crowned an extraordinary effort from Nadal at the year’s Opening major, having to modify his game to compensate for a degenerative bone disease in his left foot that ended his 2021 season last August. He then caught Covid in December which, he said, made him “very sick.”

Medvedev had wrecked Djokovic’s calendar Grand Slam push and bid for a 21st title in New York four months ago and was aiming to do the same to Nadal in Melbourne. 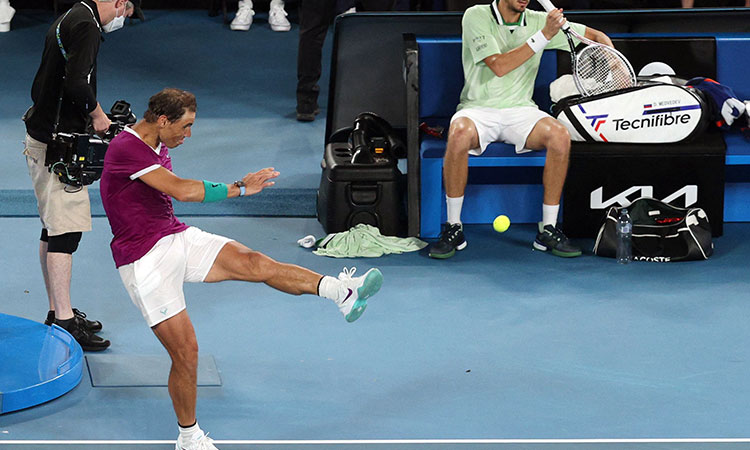 Nadal now leads Medvedev 4-1, with the Russian also losing to the Spanish lefty in his first major final at the 2019 US Open over five sets.