Nadal sealed his eighth victory in 10 French Open matches against last year’s winner Djokovic at 1:16 am local time (2316 GMT Tuesday) to set up a last-four clash with third seed Alexander Zverev on Friday.

“I’m very emotional. For me it’s incredible to play here,” said Nadal. “Playing against him is always an amazing challenge… To win against Novak, there is only one way, to play your best from the first point until the last.” 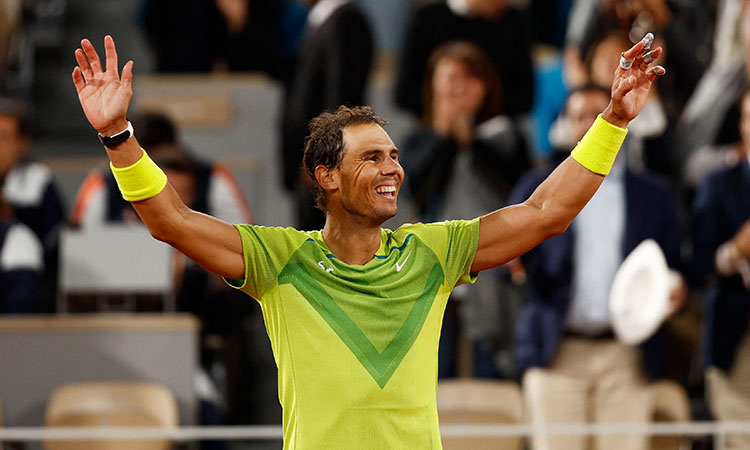 The 35-year-old has lost just three of his 113 matches on the Paris clay since his 2005 title-winning debut and now only trails Djokovic 30-29 in their career head-to-head.

The Spaniard, seeded fifth, remains on course for a record-extending 22nd Grand Slam title after lifting this year’s Australian Open, which Djokovic missed after being deported from the country over his Covid vaccination status.

Djokovic overturned a double-break deficit to take an 88-minute second set and missed two set points when serving for the fourth to force a decider.

The world number one will rue those missed chances while he waits until Wimbledon for his next opportunity to take his Slam tally to 21.

“Congratulations to Rafa, he was better in the important moments,” said Djokovic. “He showed why he was a great champion. Well done to him and his team, he deserves it.”

Nadal was a slight underdog heading into the match after being taken to five sets in the previous round by Felix Auger-Aliassime and he had even hinted it could be his last appearance in Paris due to a persistent foot injury.

The colder, slower conditions of the night session were also expected to favour Djokovic. But the ‘King of clay’ smashed 57 winners in a trademark performance to delight the crowd as he gained revenge for his semi-final loss to the same opponent 12 months ago.

The spectators quickly realised they were not going to be disappointed, as Nadal broke in a bruising 10-minute opening game before saving two break points to open a 3-1 lead. 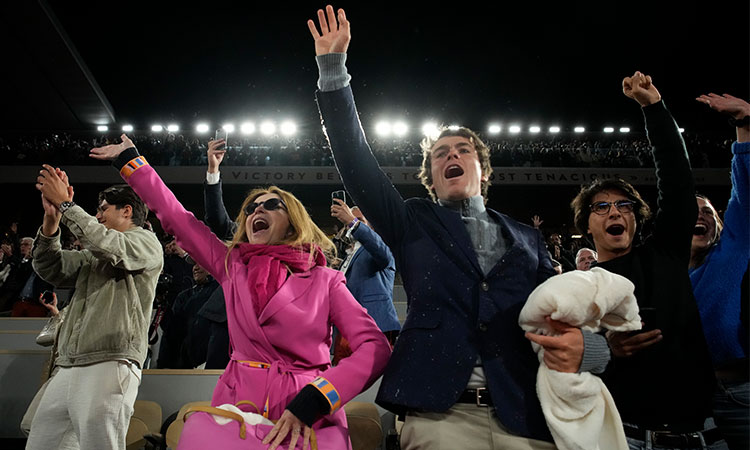 A crushing forehand winner in the fifth game gave Nadal a double break and he went on to serve out the opener with relative ease, ending his opponent’s winning run of 22 sets.

The first game of the second set was even longer than the first, but the result was the same as Nadal took his sixth break point.

A string of unforced errors from Djokovic and Nadal’s cute winner at the net saw the reigning champion a double break behind again.

Djokovic finally took a break point for the first time when Nadal netted a drop shot, before winning another gruelling return game — in which Nadal was given a warning for a time violation — on his fifth break point to level the set.

Opportunities came and went for both players, but Nadal fired long as Djokovic took his second set point in the 10th game.

Nadal came out fighting though and broke, to love, in the first game for the third successive set. Djokovic saw another break point come and go before giving up his own serve again to slip 4-1 adrift.

Nadal served out for a two-sets-to-one lead in game eight as Djokovic blazed wide on the second set point, with the clock ticking past midnight and shivering fans reaching for blankets to keep warm.

Djokovic missed a simple shot early in the fourth set and lashed out at the net in frustration, drawing deafening boos from the crowd.

The top seed immediately refocused though and broke serve for a 2-0 lead when a hotly-contested line call went in his favour.