Novak Djokovic will fall from No. 1 in the ATP rankings and be replaced by Daniil Medvedev after losing 6-4, 7-6 (4) to Czech qualifier Jiri Vesely in the quarterfinals of the Dubai Championships on Thursday.

Djokovic’s latest stay atop the rankings began on Feb. 3, 2020, and his total of 361 weeks there are the most for any man since the tour’s computerized rankings began in 1973.

On Monday, Medvedev will move up from No. 2 for the first time and become the 27th man to reach No. 1. He won the U.S. Open last September and was the Australian Open runner-up each of the past two years.

Djokovic congratulated Medvedev on Twitter, saying the Russian was “very deserving” of the No. 1 spot, according to AP.

Medvedev is the first man other than Djokovic, Roger Federer, Rafael Nadal or Andy Murray to be No. 1 since Feb. 1, 2004. 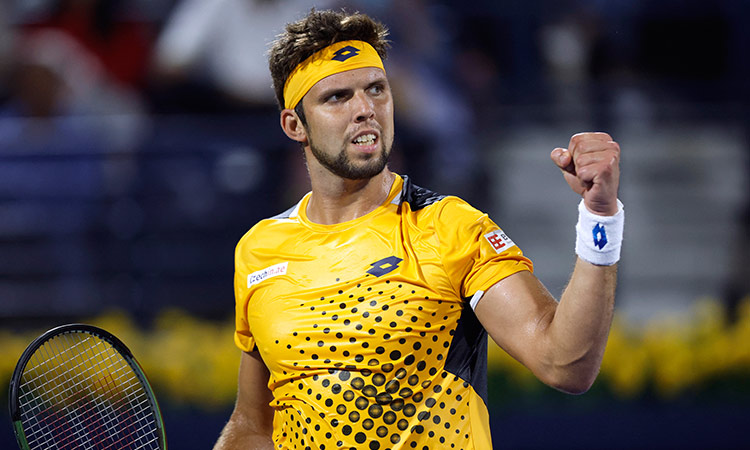 “It’s great for tennis, I think, to have somebody new at world No. 1 again,” Vesely said in his on-court interview. “Tennis needs, of course, new No. 1s. A new generation is coming up. I think it’s just great.”

It was the 34-year-old Djokovic’s first tournament since being deported from Australia last month for not being vaccinated against the coronavirus, preventing him from being able to defend his Australian Open title.

Medvedev is currently playing at the Mexican Open, winning in the second round on Wednesday.

After beating Pablo Andujar, Medvedev said of getting to No. 1: “If I do it it’s going to mean a lot.”

Vesely, who is ranked No. 123, completed a second career victory over Djokovic in just under two hours to end the Serb’s hopes of winning the Dubai title for a sixth time. He beat Djokovic in 2016 in Monte Carlo the only other time they faced each other.

“I never expected to win again,” Vesely said. “He’s such a champion.”

Vesely served for the match at 5-4 in the second set but was broken by Djokovic, who was always chasing in the tiebreaker.

Vesely clinched the win on his first match point.

VIDEO: Erdogan keeps fidgeting Putin waiting for about 50 seconds ahead of talks in Tehran

Pakistan to give citizenship to Afghan, Chinese and American Sikh investors