Dancers perform during the opening ceremony of the 2022 Winter Olympics in Beijing on Friday. Ap / AFP

The opening ceremony of the 2022 Beijing Winter Olympics kicked off on Friday night, culminating preparations that were beset by the COVID-19 pandemic and criticism over human rights in China that led several countries to mount a diplomatic boycott.

It began shortly after President Xi Jinping and International Olympic Committee Chairman Thomas Bach entered the iconic Bird’s Nest stadium, its rim bedecked by the flags of the 91 competing nations and regions.

Directed by Zhang Yimou, reprising his role from Beijing’s 2008 Summer Games triumph, the event was to feature 3,000 performers on a stage comprised of 11,600 square metres of high-definition LED screen resembling an ice surface. 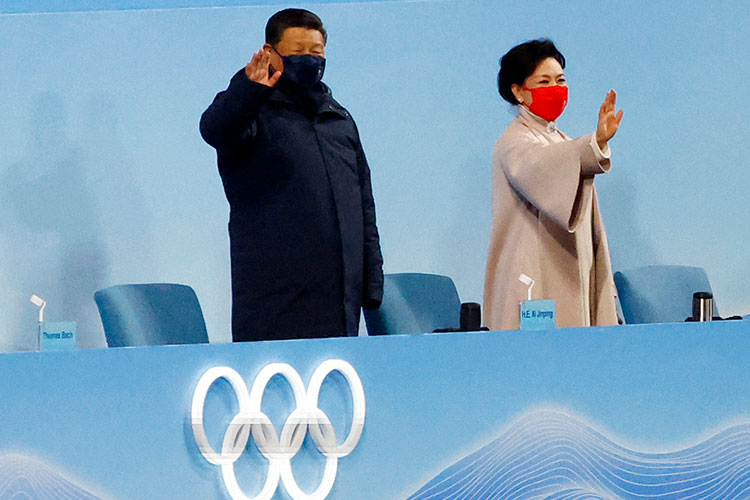 President Xi Jinping waves next to his wife Peng Liyuan during the opening ceremony. Reuters

All of the performers are ordinary people from Beijing and nearby Hebei province, with “the Story of a Snowflake” its central thread.

The show, with temperatures of about -4˚C at the start, was set to be about half as long as the four-hour marathon in 2008, also at the Bird’s Nest. 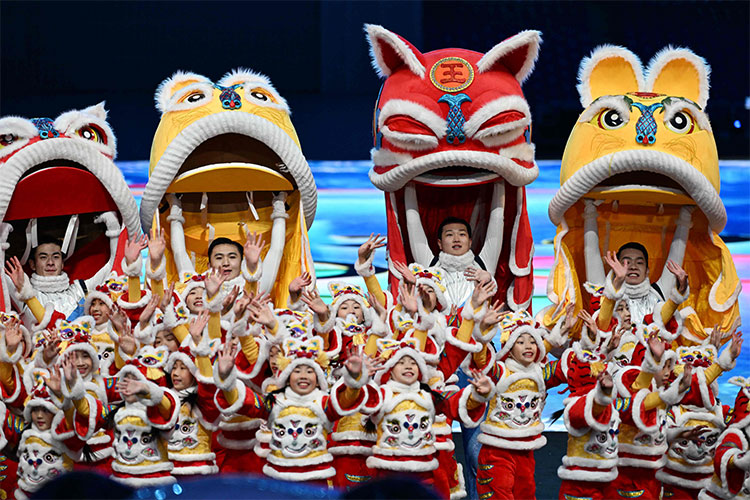 Performers prepare for the opening ceremony of the Beijing 2022 Winter Olympic Games, at the National Stadium. AFP

The crowd itself was pared down, with organisers deciding last month not to sell tickets to Olympic events to curtail the spread of COVID-19. A “closed loop” separates competitors and other personnel from the Chinese public throughout the Olympics.

Though smaller in scale than the Summer Games, the Beijing Winter Olympics are being staged by a much more prosperous, powerful, confident and confrontational China under Xi. 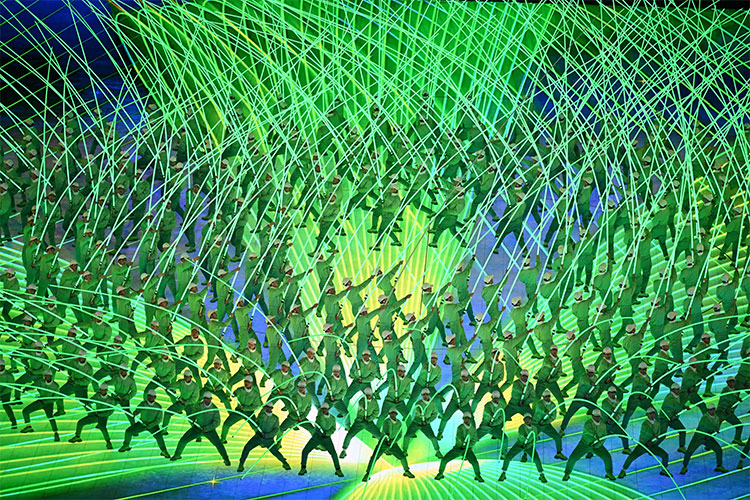 China’s hosting of the Olympics has drawn criticism since the International Olympic Committee selected Beijing in 2015, and countries including the United States, Britain and Australia mounted diplomatic boycotts, meaning they did not send government representatives to the Games.

Russian President Vladimir Putin, the headlining foreign guest, arrived on Friday for a meeting with Xi ahead of the opening ceremony, bringing a deal to

increase natural gas supply to China amid rising tensions with the West and winning a pledge from Xi to deepen mutual cooperation.

Chinese state broadcaster CCTV noted that Putin, like China, expressed opposition to the “politicisation” of the Games.

Zhang, the director, said the ceremony takes into account the changed global backdrop, including the pandemic and what he said were hostile forces “suppressing and blackening” China. 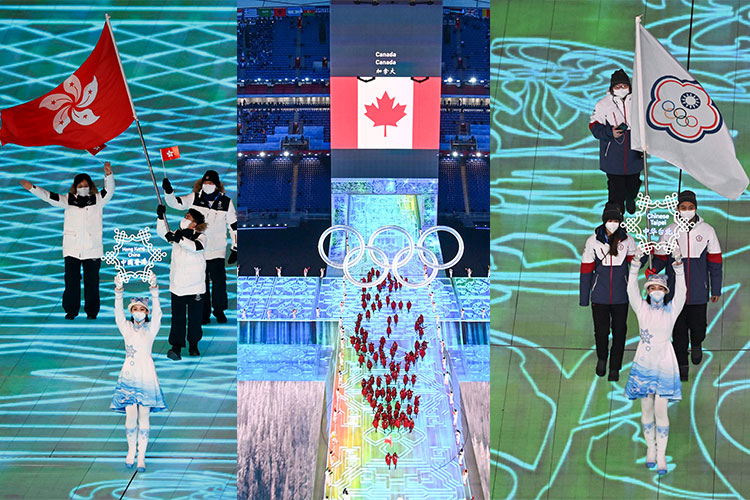 The delegations from Hong Kong (L), Canada and Taiwan take part in the parade of athletes during the opening ceremony. AP / AFP

The official start of the Games would come as a relief to organisers navigating the extreme complexity of staging them during a pandemic while adhering to China’s zero-COVID policy.

Organisers also hope it quietens a steady drumbeat of criticism from activists and governments over China’s human rights record in Xinjiang and elsewhere – criticism that China rejects.

“I believe that at the instant in which the Olympic flame is lit, all of this so-called boycott banter will be extinguished,” Zhao Weidong, a spokesperson for the Beijing Games, told Reuters.