Pakistan captain Babar Azam had won a lot of hearts on social media after he tweeted his support for talismanic India batter Virat Kohli, who is going through a lean patch for nearly three years.

On Thursday, shortly after Kohli was dismissed for 16 in the second ODI against England at Lord’s, Babar put out a tweet with a picture of him and Kohli from the ICC Men’s T20 World Cup last year, with the caption reading as “this too shall pass. Stay strong #viratkohli.” 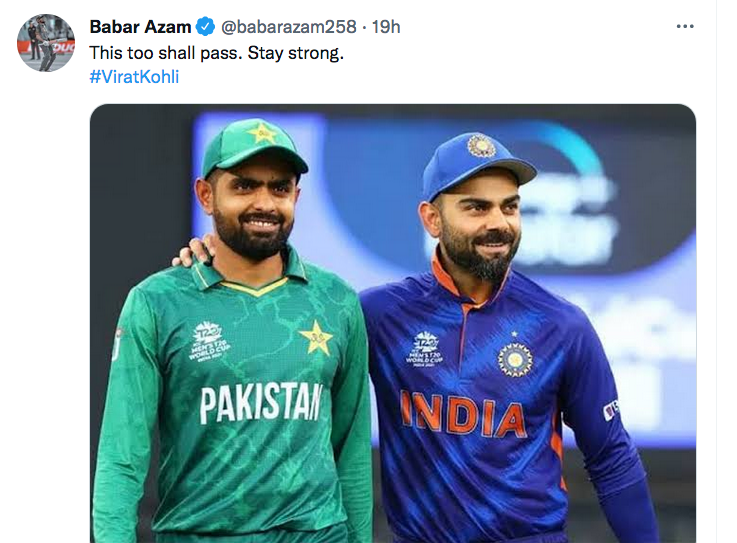 The tweet was shared many more times on the platform as netizens showed appreciation for the show of great sportsmanship on Babar Azam’s part. 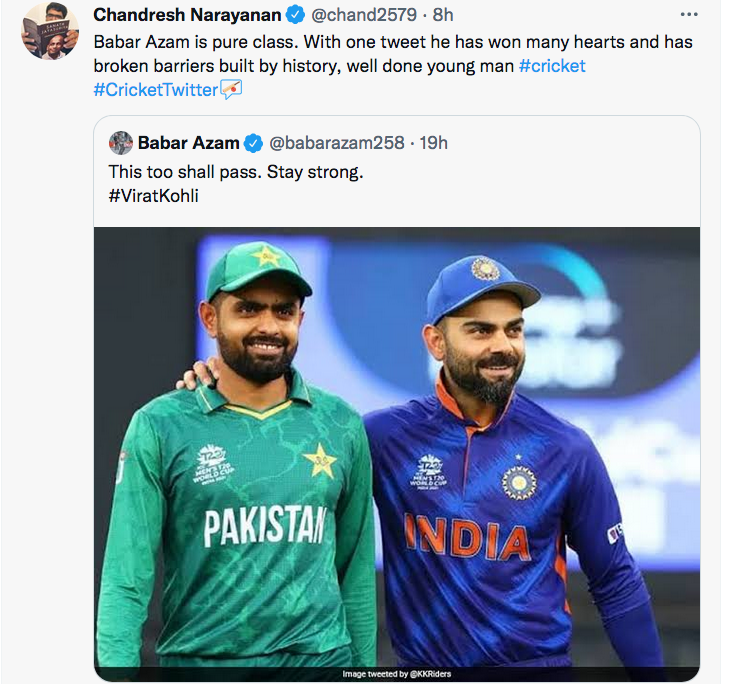 They called both players the GOATs (greatest of all time) and applauded the gesture. Several journalists and cricket fans from the other side of the border had positive things to say about the captain.

Soon after the tweet was released, many cricket fans started praising Babar for supporting Kohli. On the eve of Pakistan’s first Test against Sri Lanka at Galle, in a press conference, Babar revealed his reasons behind tweeting in favour of Kohli. 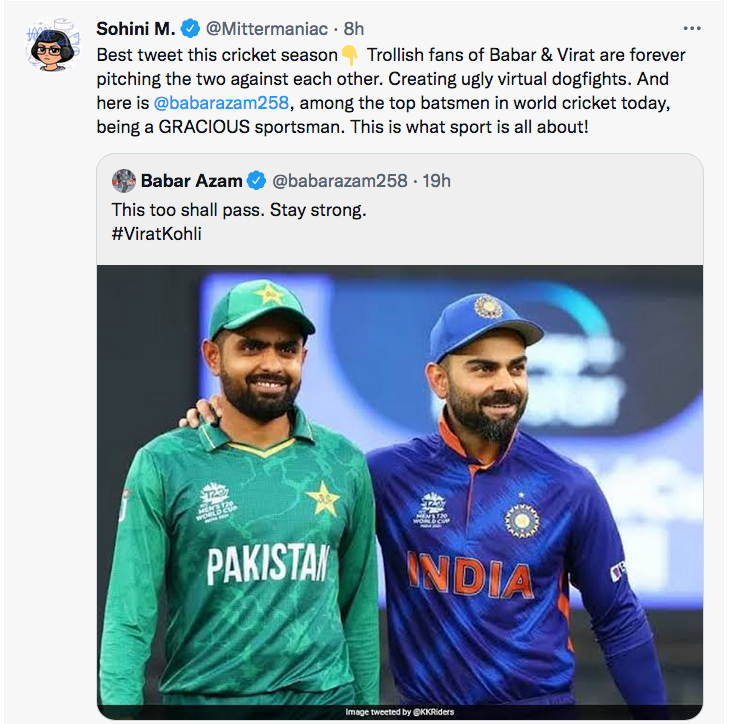 Babar said Kohli remains one of the best players in world cricket despite his prolonged slump and should get all the support he needs to regain his batting form.
“Definitely. See, as a player myself, I know you can go through such a phase (out of form). I also know what a player goes through in such a phase and how can one come out of it. In those times, you need support. 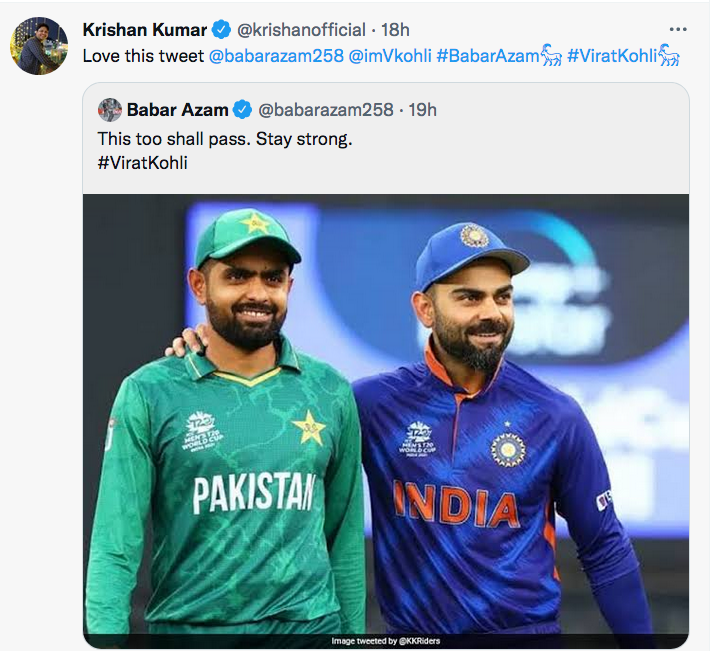 “As a player, I just tweeted thinking that it will give just some support. He is one of the best players. He is playing a lot (of cricket) and he knows how to come out of these situations. It takes time, if you back players, it will be really good.” 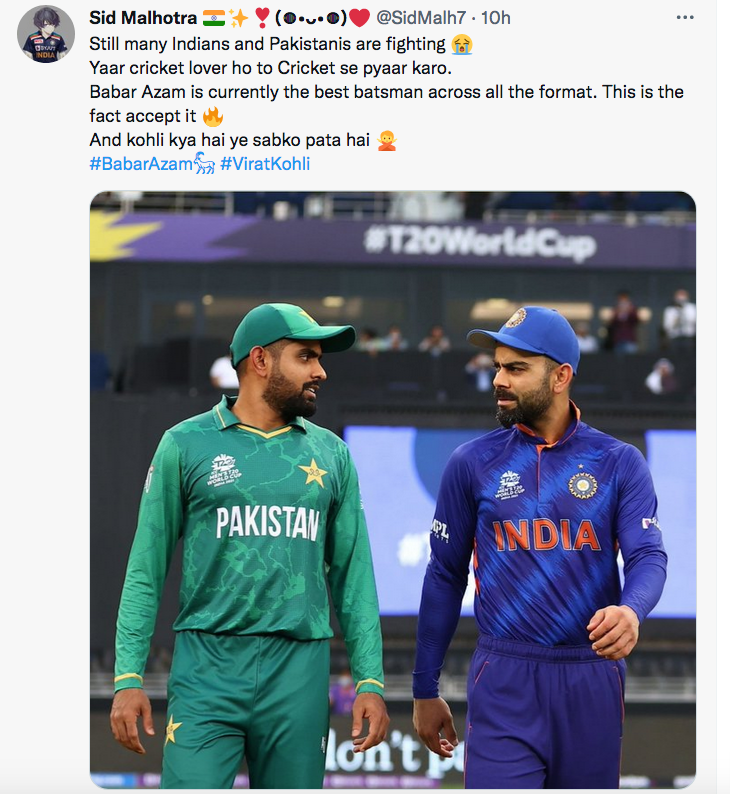 Former cricketers including Kapil Dev have said Kohli should be dropped and youngsters given a chance to prove their worth in a competitive Indian team.
India captain Rohit Sharma, however, has backed his senior batsman to bounce back soon. 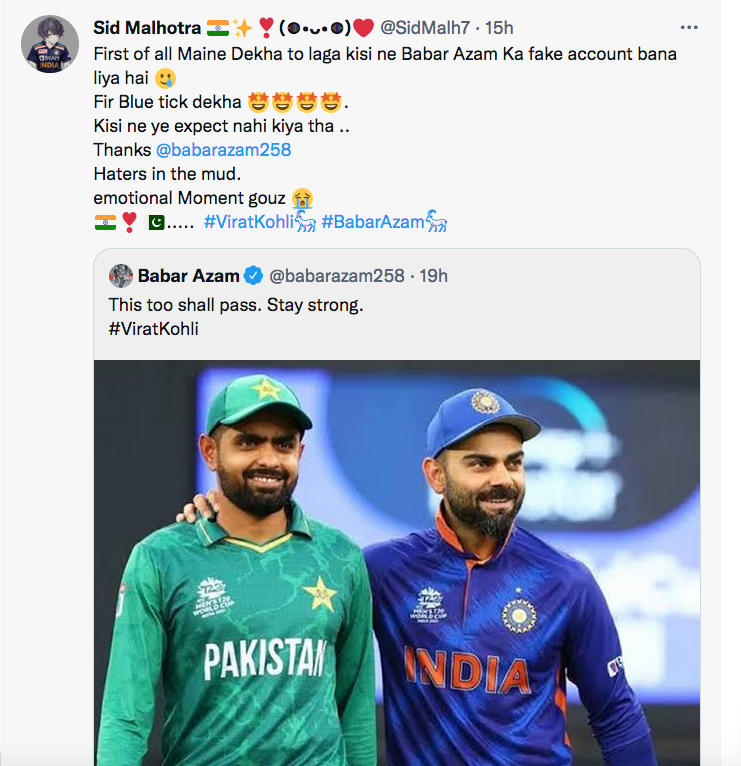 “He has been such a great batsman, he doesn’t need reassurances,” Rohit said after his team’s ODI loss to England on Thursday. “Form does go up and down, it’s part (and) parcel of a player’s life. It’s just a matter of one or two innings” for Kohli, he added.

Sourav Ganguly, president of the Board of Control for Cricket in India, said Kohli “has got to find his way” to score runs again. 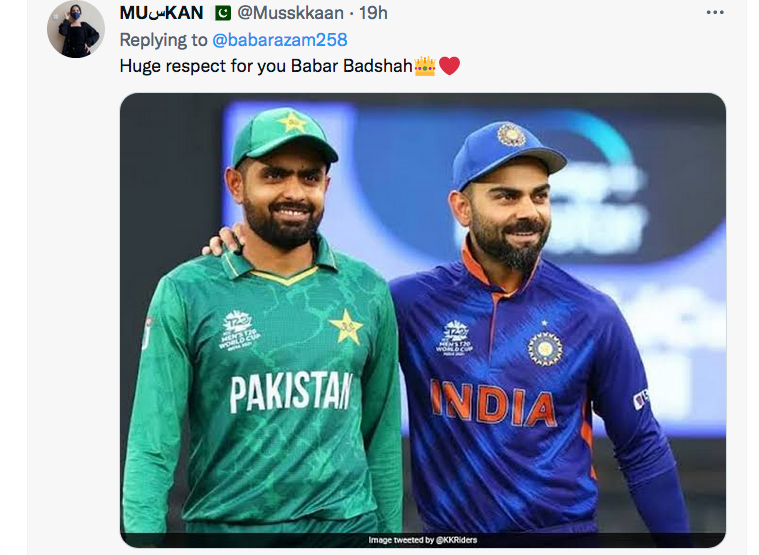 Many former players, including Ashish Nehra, believe the star batsman should take a prolonged break to get his batting mojo back. 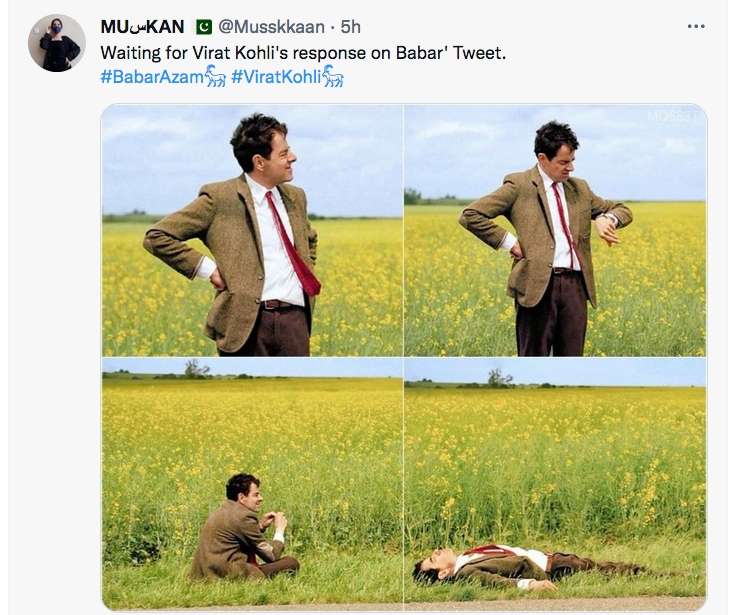 Kohli has not hit a century in international cricket since 2019. After missing the first ODI against England at The Oval due to a groin strain, Kohli made just 16 in the second match at Lord’s, which India lost by 100 runs. 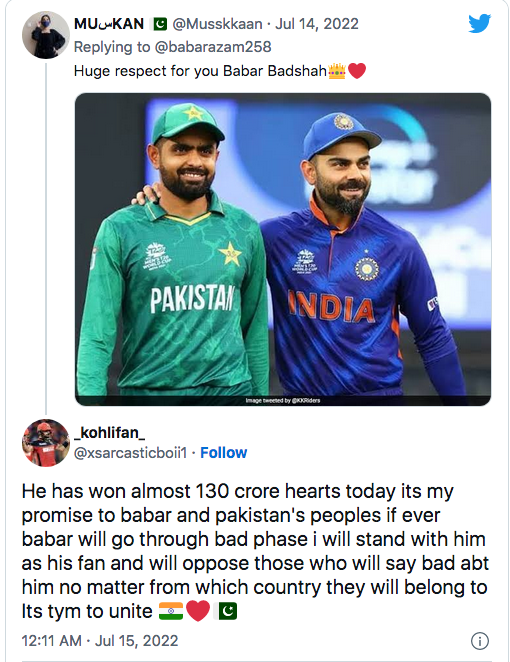 It meant that the right-hander has been without a century in 77 consecutive international innings. Before the ODI series, Kohli had scores of 1 and 11 in the second and third T20Is and made 11 and 20 in the rescheduled fifth Test at Edgbaston. 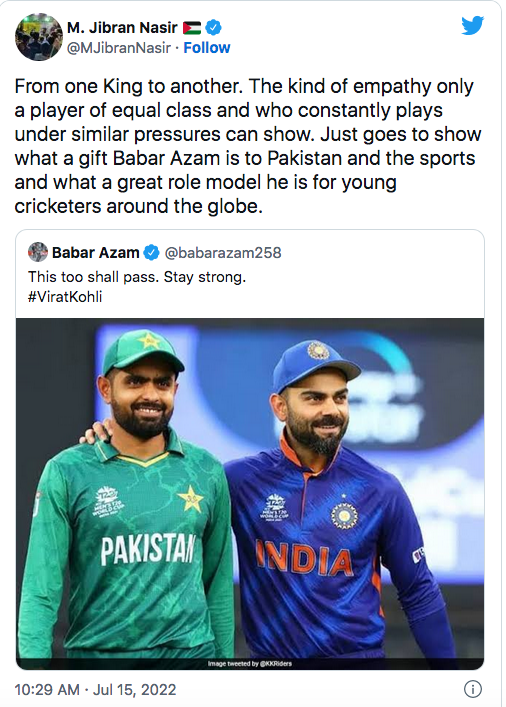 The ODI series decider match at Manchester on Sunday will provide Kohli a chance to get a big knock under his belt. After the end of England tour, Kohli will not be a part of India’s white-ball tour of the West Indies, with his name missing from the three-match ODI series squad and five-match T20I series squad in the Caribbean.