Pakistan’s young leg-spinner Tuba Hassan on Monday was named the ICC Women’s Player of the Month after enjoying significant success with the ball during her debut T20I series against Sri Lanka in Karachi.

The 21-year-old was instrumental in restricting scores set by Sri Lanka and was eventually adjudged as the player of the series, taking five wickets at an average of 8.8 and an economy rate of 3.66. 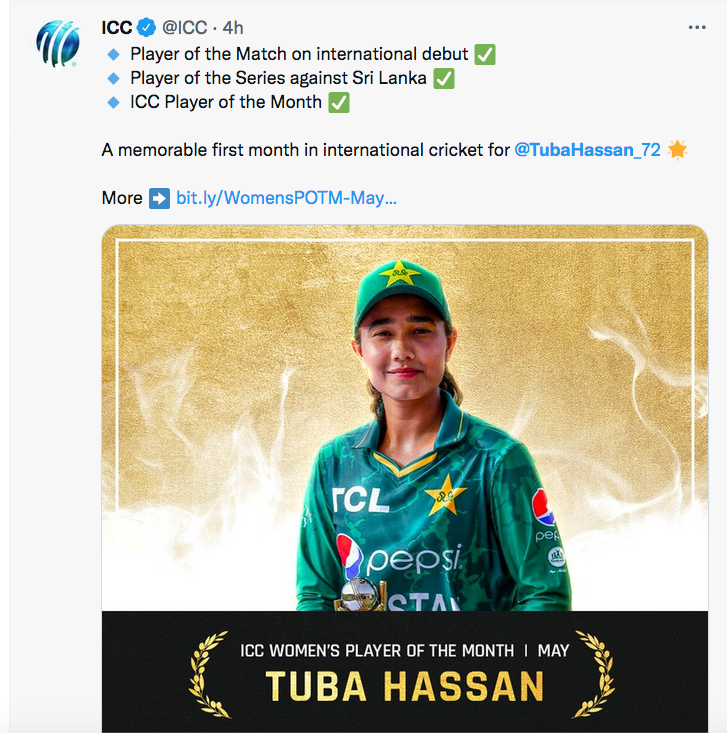 The highlight of the month for Tuba was during her first international match, in which she grabbed 3/8 to limit Sri Lanka to 106, setting the platform for a six-wicket win and was awarded ‘Player of the Match.’ She struck with just her second ball in international cricket to dismiss Anushka Sanjeewani and subsequently took out Harshitha Madavi and Kavisha Dilhari.

In her next two matches, Tuba picked a wicket each but was miserly in conceding runs. In securing this month’s award, Tuba overcame fellow nominees in compatriot, Pakistan skipper Bismah Maroof, and Jersey’s Trinity Smith. Tuba is the first female player from Pakistan to win the ICC Women’s Player of the Month award. 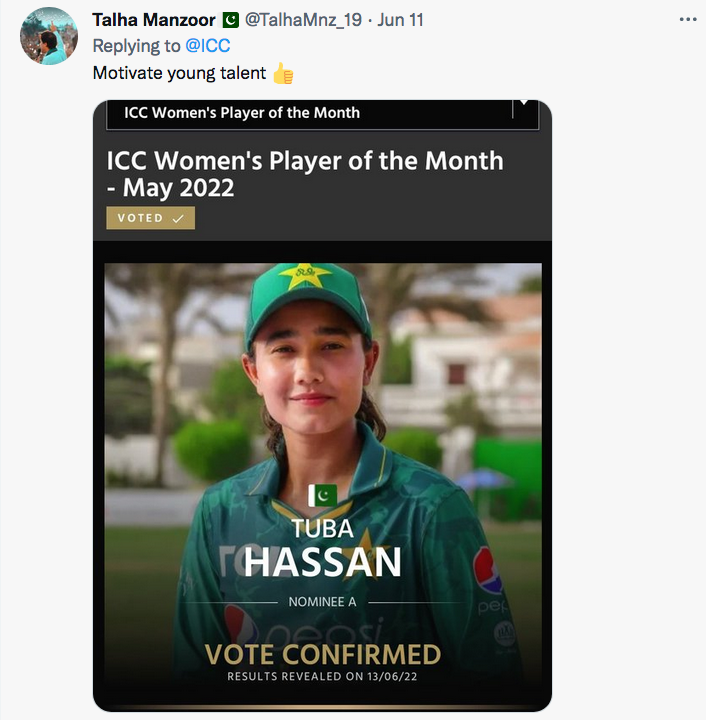 “Tuba has shown a lot of confidence and skill to make an impact for Pakistan in her debut series. She has been working hard for some time and it is really heartwarming to see her celebrating success in her first series for Pakistan,” said Sana Mir, former Pakistan captain and member of the voting panel.

Tuba, who was a reserve player during ICC Women’s Cricket World Cup in New Zealand this year, will be travelling with the Pakistan side to take part in a T20I tri-series featuring hosts Ireland and World Cup champions Australia before participating in the Women’s T20 Cricket event of the Commonwealth Games in Birmingham.