Fakhar Zaman (C) leaves after being dismissed during the Asia Cup match at the Dubai International Cricket Stadium on Sunday night. AFP

Pakistan batter Fakhar Zaman on Sunday walked off after nicking the ball to the wicketkeeper off the final over of the Powerplay despite any serious appeal from the Indian team during a high-intensity Asia Cup 2022 clash at Dubai International Cricket Stadium, earning praise from fans on social media.

Captain Rohit Sharma won the toss and opted to bowl first and fast bowler Bhuvneshwar Kumar had given India an early breakthrough with the wicket of Pakistan skipper Babar Azam. 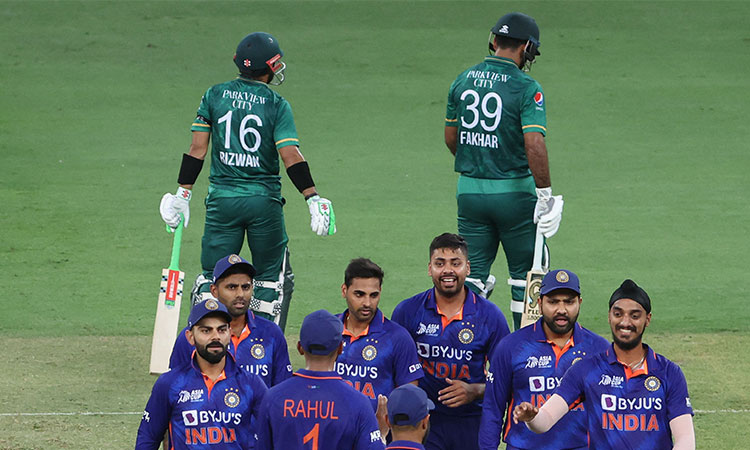 In the start Pakistan were struggling to go big in the first six overs when Avesh Khan came in to bowl the last over of the Powerplay.

Mohammad Rizwan, who was on nine off 17 balls at that point, took the pacer on for a 6 and a 4 off successive deliveries, but the momentum shifted again in the over when Fakhar edged one to the wicketkeeper off the penultimate ball. 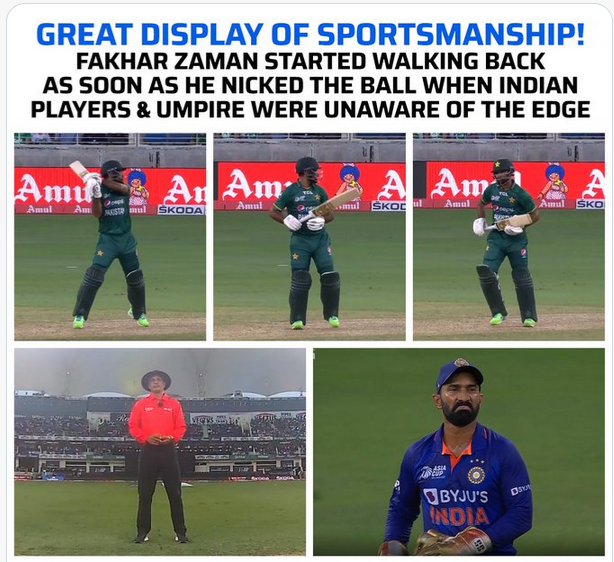 While there was little to no appeal from the Indian players, Fakhar started walking off, prompting the umpire to raise his fingers. Fakhar was dismissed for 10.

Soon after the remarkable incident, many cricket fans took to Twitter and hailed Fakhar’s gesture and his sportsmanship.

Former Pakistan women’s team skipper Sana Mir took to social networking site to appreciate Fakhar. She asked who would do this in such a high profile game. 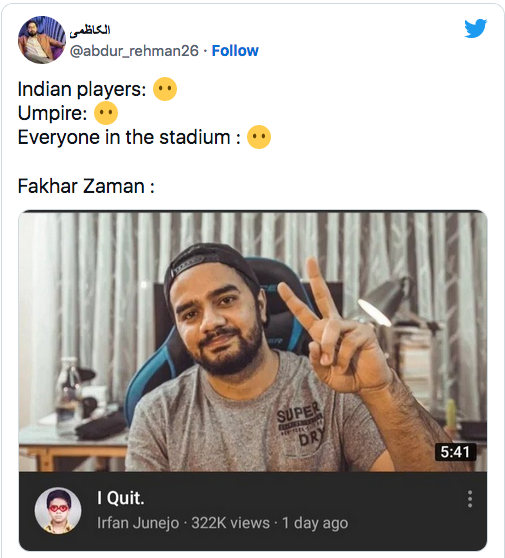 Class act by Fakhar Zaman. Don’t see Pakistanis walking when they know they are out and the umpire misses it, wrote one user on his Twitter account.

Many batters would have just stood there and pretended they didn’t edge it and hoped that the opposition wouldn’t appeal — but that was fantastic sportsmanship from Fakhar Zaman #INDvsPAK #AsiaCup2022, tweeted another. 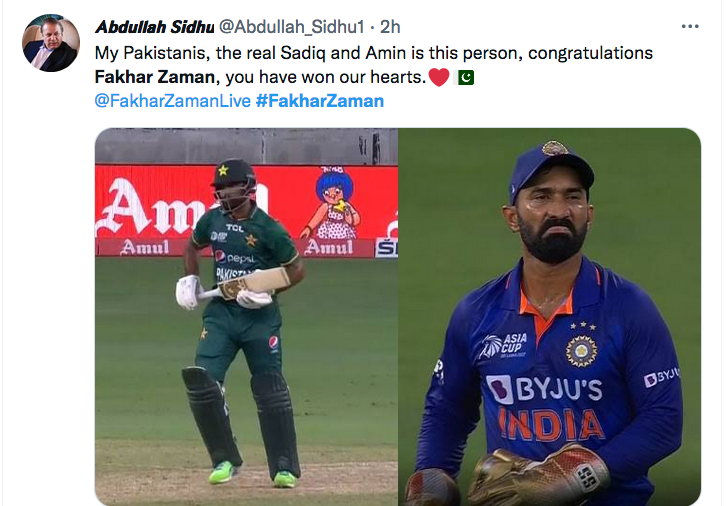 Another fan also reminded everyone about cricket being a gentleman’s game. Fakhar Zaman hats off to you for walking before the umpire lifts his finger. 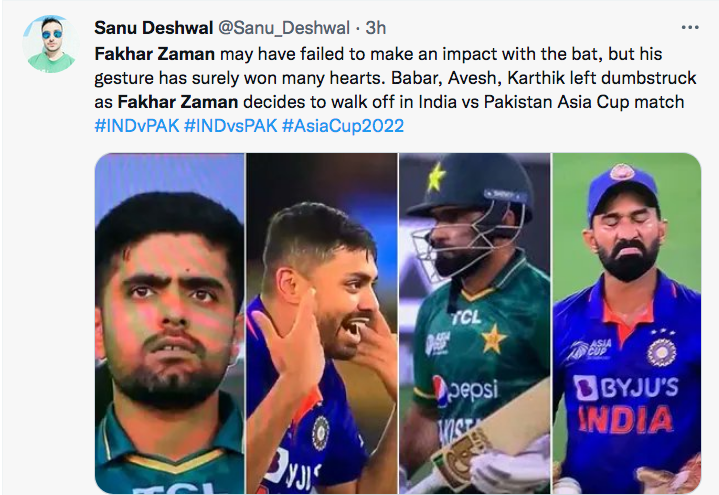 Cricket is a gentleman’s game after all#INDvsPAK, wrote the user. 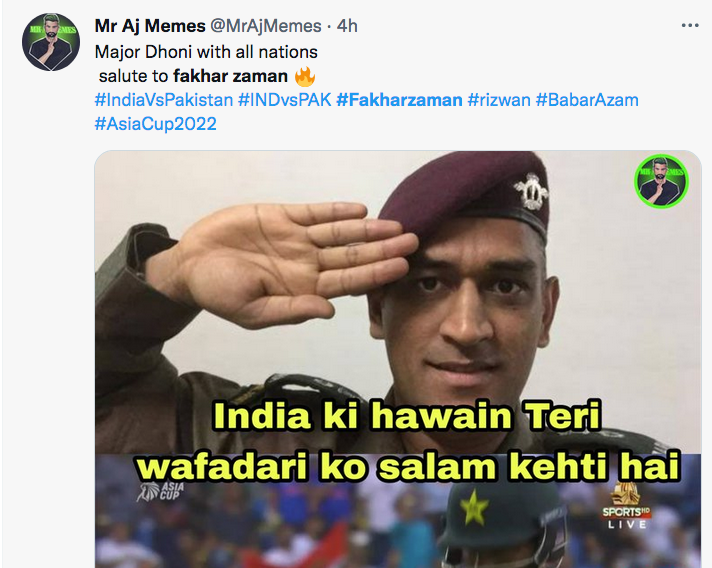 After Babar Azam’s early dismissal, Fakhar could have been a potential threat to Indian bowlers. The left-hander had played a crucial knock against India in the Champions Trophy final in 2017, which Pakistan won by 180 runs.