Babar Azam (L) and Mohammad Rizwan warm up before the start of the Asia Cup match at the Sharjah Cricket Stadium. File / AFP

Pakistan’s right-hand batsman and wicketkeeper Mohammad Rizwan has become the new No.1-ranked T20I batter in the world after he replaced his skipper Babar Azam at the top of the ICC Rankings, even as India’s Suryakumar Yadav occupies the fourth place in the latest list released on Wednesday.

The Pakistani skipper, who ruled the rankings for more than 1,000 days, dropped to the second position with 794 points due to lacklustre performance in the ongoing Asia Cup 2022.

Rizwan has been in sublime form in the Asia Cup, leading the run charts with 192 runs in three matches. The wicketkeeper-batter was Pakistan’s mainstay in their matches against Hong Kong and India, scoring an unbeaten 78 and 71 respectively in their back-to-back victories. His performances have seen him gain one spot, overtaking Babar who has endured a lean run in the tournament so far.

Rizwan becomes only the third Pakistan batter to top the T20I rankings chart after Babar and Misbah-ul Haq. Babar has been at the top of the T20I batting charts for 1155 days in his career (as of 7 September), according to ICC. 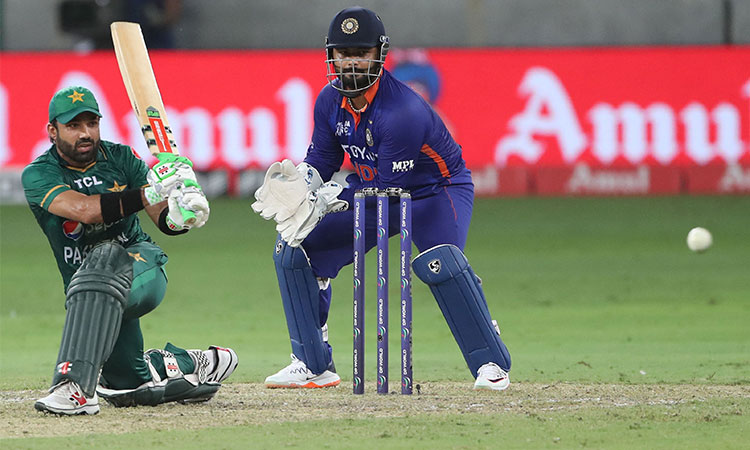 No other Indian features among the top-10 batters, with skipper Rohit Sharma rising four spots to 13th after his 72 against Sri Lanka in the Asia Cup Super Four match.

In other big movements in the batting chart, Sri Lanka’s Pathum Nissanka has gained one spot to move up to No.8, after his brilliant run in the Asia Cup. Nissanka has notched up scores of 20, 35 and 52 in his last three matches, with his latest performance helping Sri Lanka beat India in a Super Four encounter.

Afghanistan batter Rahmanullah Gurbaz is one of the biggest movers, gaining 14 spots to No.15, driven by his 84 against Sri Lanka in the Super Four clash.

In the bowling charts, Sri Lankan and Afghanistan spinners have been the biggest gainers after their terrific performances. Mujeeb-ur Rahman’s 2/30 has helped him gain three spots, to move to joint No.6, along with West Indies’ Akeal Hosein.

Sri Lanka’s Maheesh Theekshana has been at his economical best during the Asia Cup, registering figures of 1/23, 1/29 and 1/29 in the last three games and has been richly rewarded. He breaks into the top-10, moving up five spots to No.8. Shadab Khan also moves up one spot to No.14 after 4/8 and 2/31 against Hong Kong and India respectively.

Australia’s David Warner has gained one spot, moving up to No.6 in the batting rankings, mainly on the back of his 94 against Zimbabwe in the third ODI. Mitchell Starc moves up three spots in the bowling rankings to No.12 after aggregating five wickets in his last three ODIs.

Glenn Maxwell moves up one spot to No.9 in the all-rounders’ chart after registering figures of 4/52 in the first ODI against New Zealand in which Australia prevailed in a thriller.