de Kock celebrates after scoring 50 runs. A giant screen (C) warns of the calling off the ODI and David Willey celebrates the wicket of Janneman Malan on Sunday. AFP / Reuters

South Africa opener Quinton de Kock’s unbeaten 92 turned out to be in vain as rain scuppered hopes of a result in Sunday’s final One-Day International (ODI) against England, with the series ending all square at 1-1.

The Proteas were 159-2 in the 28th over, with De Kock having struck 92 off just 76 balls, including 13 fours, when rain stopped play for the second time at Headingley.

Both sides needed to bat for a minimum of 20 overs for a result to be declared under the Duckworth-Lewis-Stern method for rain-affected white-ball games. But the umpires deemed that would not be possible when they called the game off shortly after 4:00 pm local time (1500 GMT) as a series that had started during a nationwide heatwave ended in more familiarly English conditions.

The abandonment meant left-hander De Kock was just eight runs shy of what would have been his 18th ODI century. “He looked in really good touch, it’s a pity he couldn’t get the magical mark,” said South Africa captain Keshav Maharaj of De Kock’s innings. “But there is a lot of cricket left, and hopefully he can replicate much of this performance going forward.” 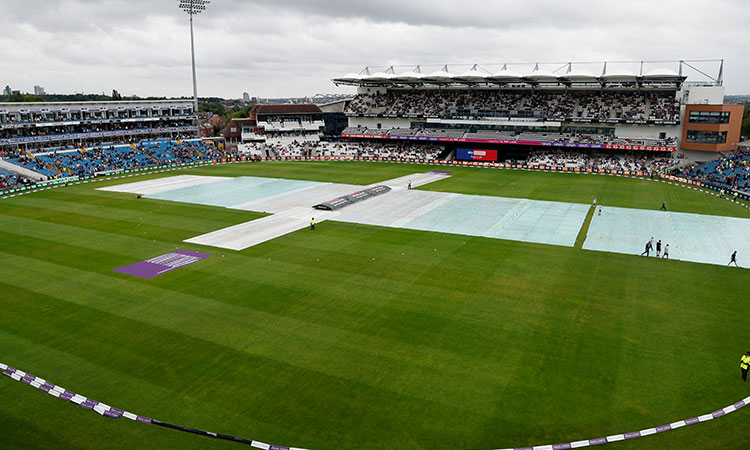 England captain Jos Buttler said: “It was a good wicket and this can be a tough ground to defend at times. “The game was quite evenly poised. It would have been great to have a full game.” 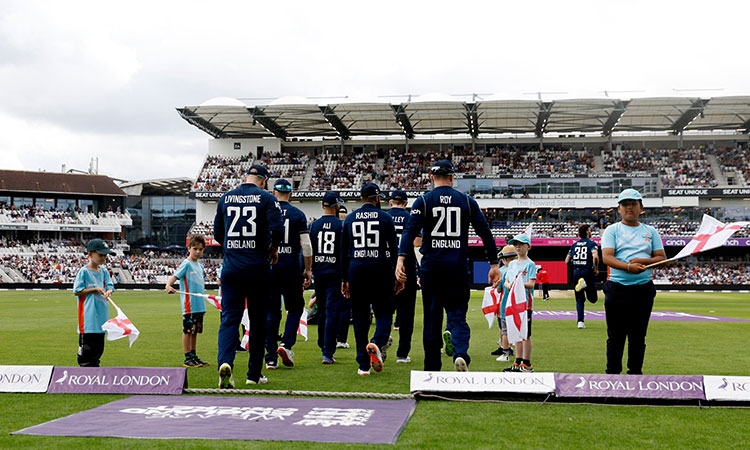 England players walk out before the match. Reuters

South Africa won the toss, with both sides unchanged after England’s thumping 118-run win in a rain-affected match at Old Trafford which followed the Proteas’ 62-run triumph at Chester-le-Street.