Fayik Abdi leads his team during the opening ceremony of the 2022 Winter Olympics in Beijing on Friday. AP

Saudi Arabia has made its first appearance at the Winter Olympics opening ceremony after alpine skier Fayik Abdi qualified to compete.

Its small delegation hoisted the Kingdom’s green and white flag while wearing what appeared to be cold-weather versions of the country’s traditional ankle-length national dress. 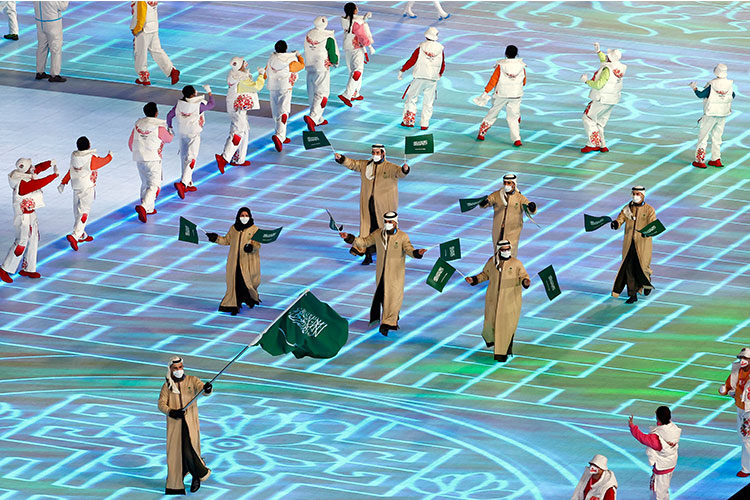 Flag bearer Fayik Abdi during the athletes parade at the opening ceremony. Reuters

Also making its first appearance is the Caribbean island nation of Haiti. It is being represented by alpine skier Richardson Viano, who was adopted by Italian parents and raised in France.

Representatives from 91 nations are taking part, including about 80% of the US delegation of athletes. 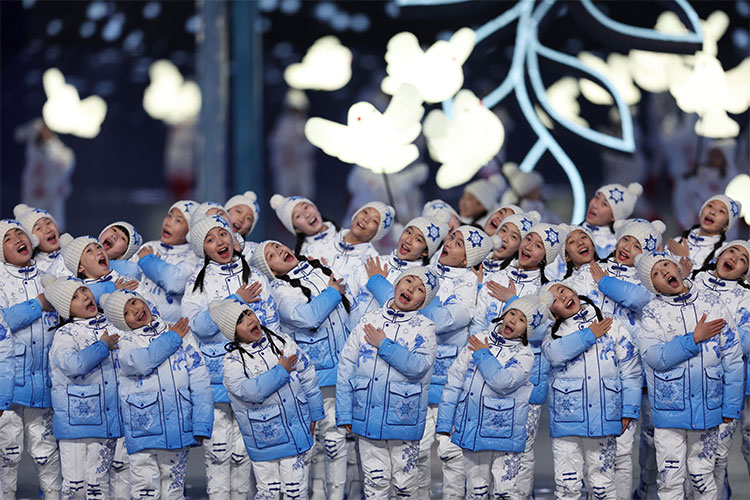 Performers during the opening ceremony.

As always at an Olympics, Greece is the first nation to enter the stadium. From there, it goes alphabetically — but by the language of the host country.
That’s why Greece will be followed by, in order, Turkey, Malta, Madagascar, Malaysia, Ecuador, Eritrea, Jamaica, Belgium and then Japan.

The US is 56th in the order, which would be confusing to those thinking it’ll go according to the English alphabet. The US group will be between Bulgaria and American Samoa.

Days after quietly ringing in the Chinese New Year, Beijing is celebrating the Year of the Tiger on the Olympic stage. 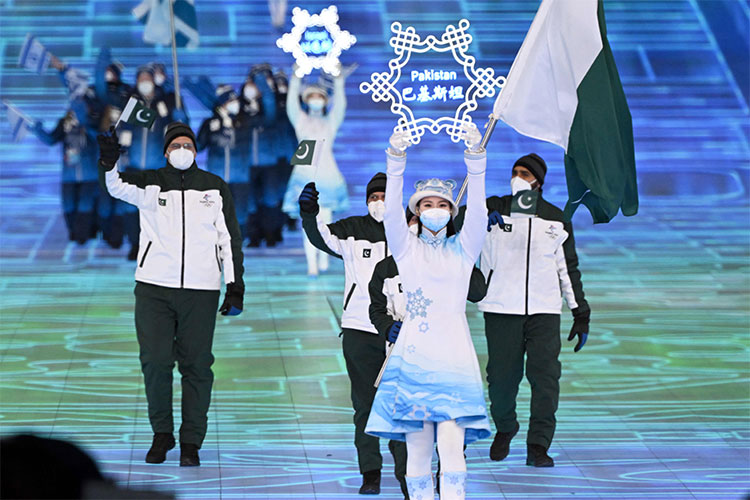 The tiger — a symbol of strength and good luck in Chinese folklore – was featured during Friday’s Winter Olympic opening ceremony. The placard bearers for all 91 countries in the Parade of Nations each wore a unique tiger-head hat, and a children’s choir was outfitted in traditional tiger-head shoes made in the northern Hebei province.

Celebrations for the Lunar New Year were muted across Asia on Monday amid concerns over the coronavirus, but hopes are high that the Year of the Tiger might return some sense of normalcy. 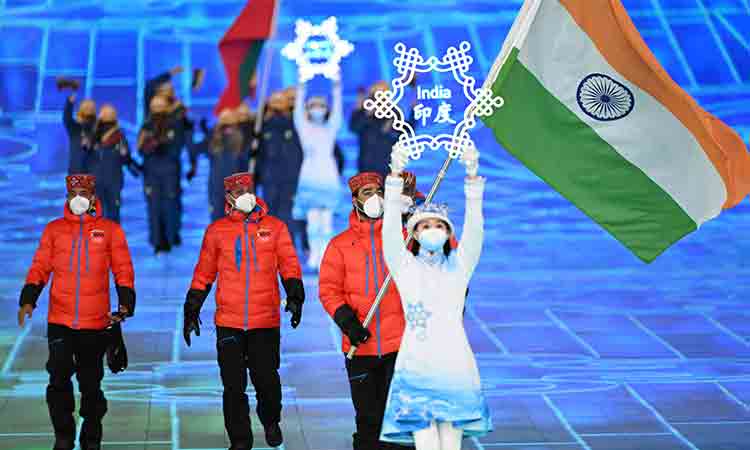 Indian delegation during the opening ceremony of the Beijing Winter Olympic Games. AFP

In Chinese mythology, the tiger is considered the king of all animals, and tiger-head hats and shoes are commonly worn by children to ward off demons and bring good luck. The hats created for the placard bearers Friday were designed in blue and white to represent snow and ice, while the shoes worn by the choir were a bright combo of orange, yellow and green.

At least two of the women who would have been flagbearers at the opening ceremony of the Beijing Olympics were not in the parade of athletes on Friday night because of virus-related issues.

US bobsledder Elana Meyers Taylor had to give up her spot to speedskater Brittany Bowe. Meyers Taylor remains in isolation after a positive test.
And on Friday, US Virgin Islands skeleton athlete Katie Tannenbaum revealed that she, too, has tested positive for COVID-19. The Virgin Islands flag was being carried into the stadium by a volunteer.

Tannenbaum is the only athlete representing the Virgin Islands in Beijing at these games. Her coach, Alex Auer, and the nation’s Chef de Mission, Ansen Siglar, were walking to represent the team.