Serena Williams reacts after defeating Nuria Parrizas Diaz in first round play in the National Bank Open in Toronto. Reuters

Serena Williams hadn’t won in so long, she said she couldn’t even remember the feeling.

She picked up her first victory since the 2021 French Open on Monday, beating Nuria Parrizas-Diaz 6-3, 6-4 at the women’s National Bank Open.

“I’m just happy to get a win. It’s been a very long time, I forgot what that felt like,” Williams said.

It’s just the second tournament of the season for the 40-year-old Williams, who returned to competition at Wimbledon just over a month ago. The 23-time Grand Slam champion fell in the first round to Harmony Tan in three sets at the All England Club.

Before then, she last competed at the 2021 Wimbledon tournament, where she retired in the middle of her first match due to a torn hamstring suffered after slipping on the grass surface.

Williams, who will turn 41 at the end of September, will next face either 12th-ranked Belinda Bencic or Tereza Martincova. 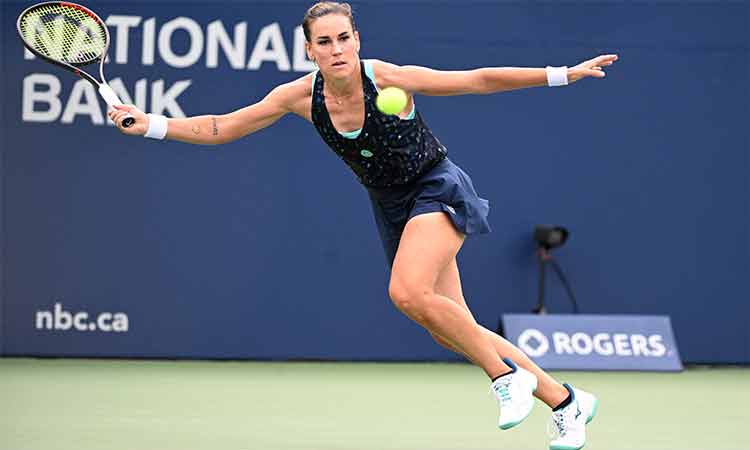 Nuria Parrizas Diaz plays a shot against Serena Williams in first round play in the National Bank Open. Reuters

Williams has won this tournament three times and reached the final in her last appearance at the hardcourt event in 2019, losing to Bianca Andreescu when she was forced to stop because of injury.

But Williams has played little since and knows she needs time on the court.

“I feel good, I felt like I competed well today. I think that’s what I needed to do, is just compete,” she said. “Mentally, I’m getting there. I’m not where I normally am (or) where I want to be. Any match I play, whether I win or lose, helps me.

“I haven’t played a lot in the last year, (even) two years. I think that helps me physically. I feel much better in practice, it’s just getting that to the court. Literally, I’m the kind of person (where) it takes one or two things and then it clicks.”

Parrizas-Diaz tied it 2-2, but despite Williams’ struggles at certain points, the 31-year-old Spaniard couldn’t find enough of a consistent flow to get ahead. Williams found her rhythm, mixing solid touch with her signature power and putting shot after shot out of Parrizas-Diaz’s reach.

Williams’ effort had the fans on their feet roaring and some even bowing. 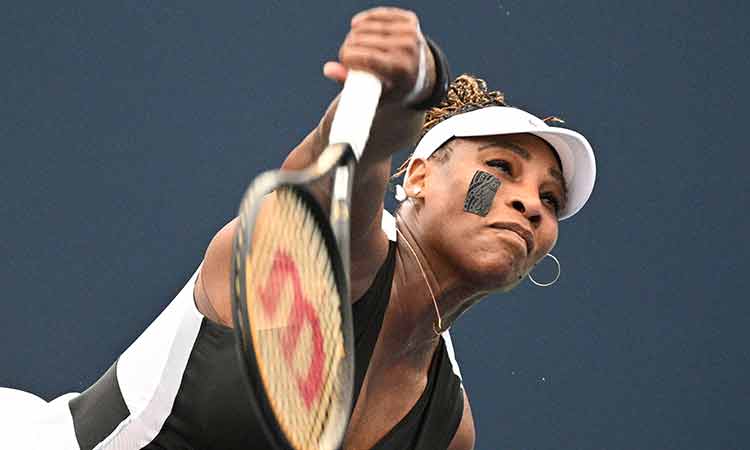 Williams won the final three games to take the first set, then surged ahead in the second after the 57th-ranked Parrizas-Diaz took a 4-3 lead. She endured a nine-deuce game to hold serve and even the set, then broke in the next game before serving out the victory.

While Williams says the end of her remarkable career is in sight, she’s enjoying her time and staying in the moment.

“I’m getting closer to the light. Lately, that’s been it, I can’t wait to get to that light,” she said, adding the light represents “freedom.”

“I love playing though, it’s amazing,” she added. “I can’t do this forever, so sometimes you just want to try your best to enjoy the moments and do the best that you can.”

In other opening-round action, Canada’s Leylah Fernandez made her return to the court with a 6-4, 6-7 (2), 6-3 win over Australian Storm Sanders.

Fernandez was back in action for the first time since suffering a stress fracture in her foot during a quarterfinal loss to Martina Trevisan on May 31. The 13th-ranked Fernandez will next play Brazil’s Beatriz Maia on Wednesday.