Shaheen Shah Afridi lies on the ground as after injury during the ICC Twenty20 World Cup 2022 final in Melbourne on Sunday. AFP

Cricket fans lauded Pakistan’s star pacer Shaheen Shah Afridi for giving his best despite a knee injury during the T20 World Cup 2022 final match against England at the Melbourne Cricket Ground on Sunday.

Shaheen had to walk off the field due to knee discomfort during the blockbuster fight against England. He took a brilliant catch of Harry Brook to send the middle-order batter back to the pavilion, but he fell on his right knee. 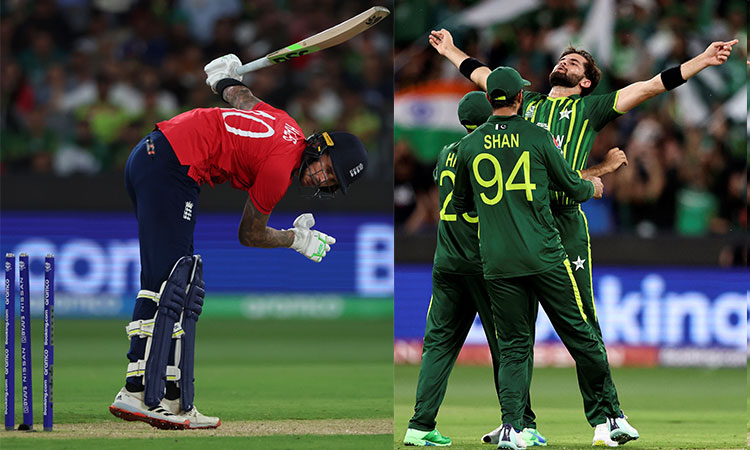 The pacer gave Pakistan an early breakthrough as he bowled out England opener Alex Hales in the first over of the final match. 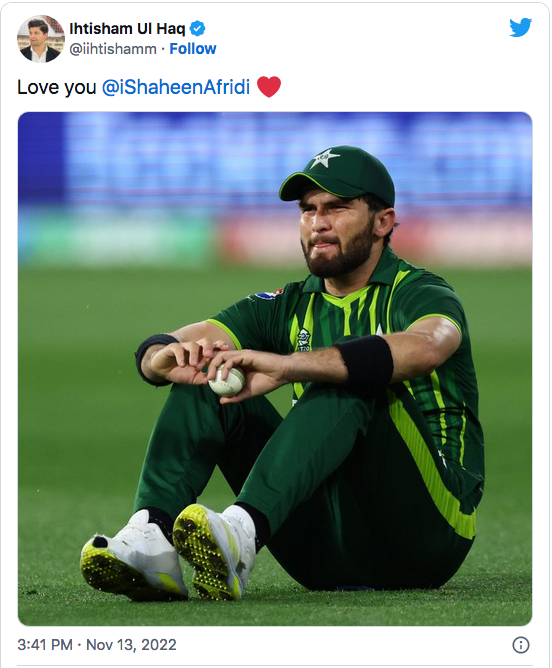 Coming in to bowl the 16th over, Shaheen bowled the first delivery in severe pain and couldn’t carry on further. He walked off the field and was replaced by Khushdil Shah in the field.

In a statement, the Pakistan Cricket Board (PCB) said, “Shaheen Shah Afridi landed awkwardly on his right knee. Medical panel is treating him and will provide any further update in due course.”

Netizens believe Shaheen’s fireballs were crucial enough to determine the flow of the game and it was over when he was escorted out of there. English cricket commentator and former cricketer Michael Vaughan seemed to agree as well. 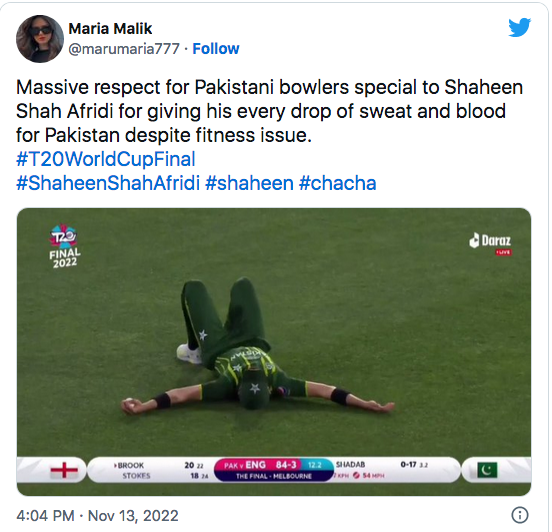 Taking to Twitter, Maria Malik said, “Massive respect for Pakistani bowlers special to Shaheen Shah Afridi for giving his every drop of sweat and blood for Pakistan despite fitness issue.” 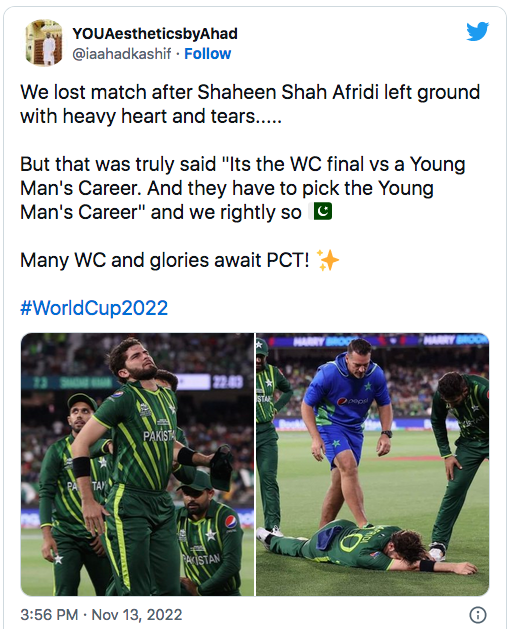 Other fans also took to the twitter and praised Shaheen Shah for his heroic action during the final match against England.