Players in action during an opening round match of the Sharjah Employees Ramadan Padel Tennis Championship.

The Sharjah Government Employees Ramadan Padel Tennis Championship, held under the patronage of Sheikh Sultan Bin Ahmed Al Qasimi, Deputy Ruler of Sharjah and Chairman of the Sharjah Media Council, got off to a spirited start on Monday at the Padel Point in Sharjah.

Tariq Saeed Allay, Director General of the Sharjah Government Media Bureau, witnessed the opening of the first edition of Padel Tennis Championship competitions with the participation of 170 players from 35 government agencies constituting 80 teams, including five teams participating in the women’s tournament.

Some exciting clashes took place on the opening day of the tournament amidst the presence of large number of fans. 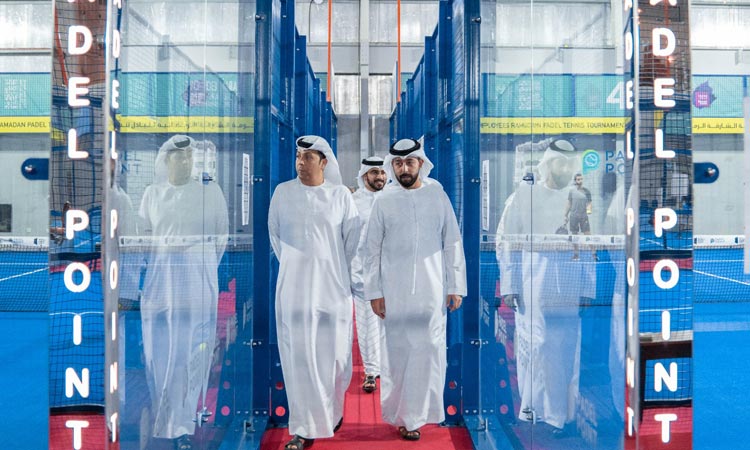 All the players and teams demonstrated a high level of skills and competitive spirit, reflecting the growing interest in and spread of the padel tennis sport in the UAE.

Speaking on the occasionAllay lauded the success of and response to the first Padel Tennis Championship being held in Sharjah during the holy month of Ramadan.

He pointed out that the unique spirit and atmosphere of the holy month particularly contributed to strengthening the bonds of cooperation and cohesion between various government institutions and entities in the Emirate and creating a team spirit in all the participating players and employees.

The SGMB Director General stressed that the first championship aims to promote and strengthen the status of sports in general and the game of padel tennis in particular in the Emirate and the UAE by increasing the range and skills of the players.

Pedal your way to a healthy lifestyle