Winners of the fencing competition pose with the officials during the presentation ceremony.

The Sharjah Women’s Sports Club’s fencing team clinched two gold and one bronze medal in the UAE Fencing Federation Championship held for U-17 and U-20 categories at the Asma Bint Al Numan Hall in Dubai.

Producing a flawless performance, Habiba Islam bagged two gold medals after winning the finals of the sabre and foil in the U-20 category of the competition. Afra Al Balushi settled for bronze in the sabre in the same category. 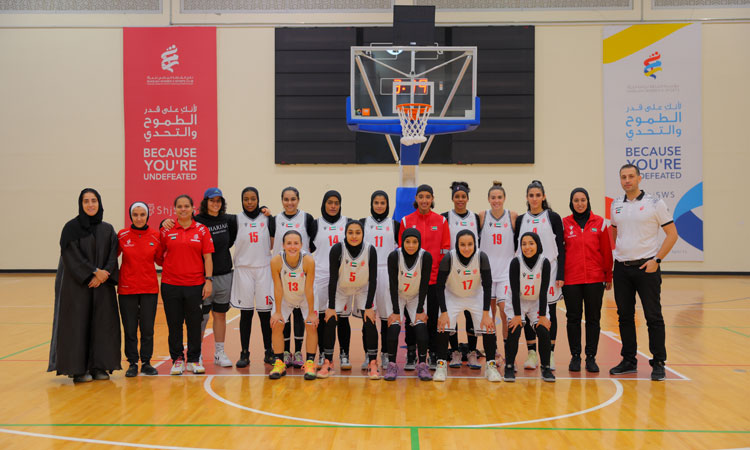 The team couldn’t produce a similar result in their second match as they went down fighting to Champions Academy, 39-49.

Ahmed Halfawi, basketball coach of the Sharjah Women’s Sports Club, said despite injuries to three key players, the team was up to the mark and has started the season well.

“The players displayed excellent defensive skills during the match, which will definitely boost their performances in the upcoming games of the championship. The level of the competition is high as the top four basketball academies are in the fray,” added Halfawi.

Yasmin Tahlak and Ghaya Al Shuhail, who are members of the Sharjah Women’s Sports Club’s shooting team, represented the UAE at the World Shooting Championships currently underway in Egypt.