Pakistan’s (top) and Australian players attend a practice session at the Gaddafi Cricket Stadium in Lahore on Saturday. AFP

Former Australia international fast bowler Shaun Tait wants to keep the intensity and aggression high in the Pakistan camp during his one-year stint as bowling coach.

“Their intensity and their aggression are going to be a big part of fast bowling, it has to be,” Tait said during a videoconference on Saturday.

Tait quit international cricket in 2016 when he played his last T20 for Australia. He had a short stint with the Afghanistan team as bowling coach during the T20 World Cup in the UAE last year before leaving last December.

“I’ve just slowly been progressing in the coaching world,” said Tait, who also played four Test matches and 35 ODIs for Australia. “I thought I had some more to give to players, so I thought going down the coaching path was going to be something I could do and be okay at.

“It’s just been a progression through some ranks and what not the usual sort of story, but I’ve just been thoroughly enjoying it … to be involved with the Pakistan team is fantastic.” 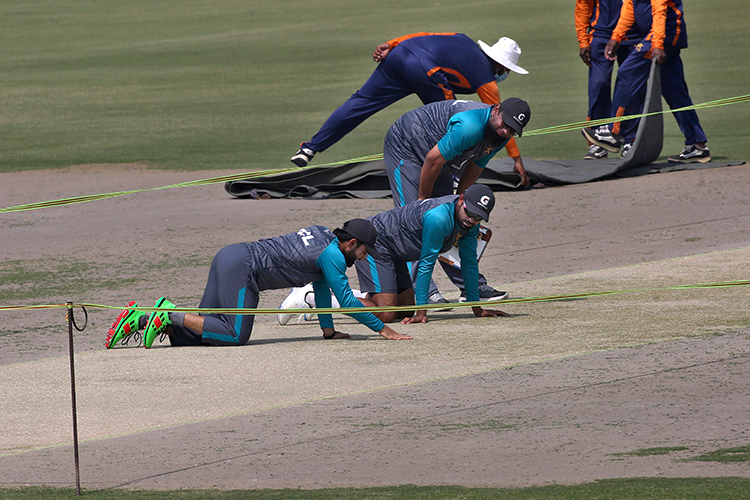 Pakistan has a busy calendar as it hosts England and New Zealand as well as touring Sri Lanka, playing in the Asia Cup and in the T20 World Cup in Australia.

“With all three formats being played quite heavily over the next 12 months, it’s a great time to come in,” Tait said. “There are pressures that come with playing international cricket and if I can help take the pressure off the fast bowlers by being there for them and helping them through the next 12 months, that’s probably a big part of my job.”

On a batsman-dominated slow and low bouncy wickets, the three Pakistan fast bowlers have taken only eight wickets during the two drawn Test matches.

The trio of Australian fast bowlers — captain Pat Cummins, Mitchell Starc and Cameron Green — are just a bit in front of Pakistan by sharing nine wickets.

“It’s been tough going for the fast bowlers,” Tait said. “It’s been a real grind for both teams … we don’t know what the next test is going to bring, so I’m just working through that with the players and moving forward to the next match.”