Members of the Spain women’s team celebrate after winning the final.

Spain won the fifth consecutive women’s title after beating Argentina in the final of the DP World Padel Championship 2022 at the iconic Dubai Duty Free Tennis Stadium on Saturday.

With this win, the Spain women’s team secured their eighth overall World Championship gold following an impressive 2-0 victory over their rivals.

Held under the patronage of Sheikh Hamdan Bin Mohammed Bin Rashid Al Maktoum, Crown Prince of Dubai and Chairman of the Executive Council, the International Padel Federation’s flagship team event was hosted by the UAE Padel Association (UAEPA) in association with the Dubai Sports Council and the Dubai Department of Economy & Tourism (DET).

The final of the women’s championship was attended by Sheikh Saeed Bin Maktoum Bin Juma Al Maktoum, President of the UAE Padel Association and Chairman of the Higher Organizing Committee, Luigi Carraro, President of the International Padel Federation, and members of the organizing committee.

The dominant Spanish team managed to take home the gold in Dubai without dropping a single set in the entire championship. 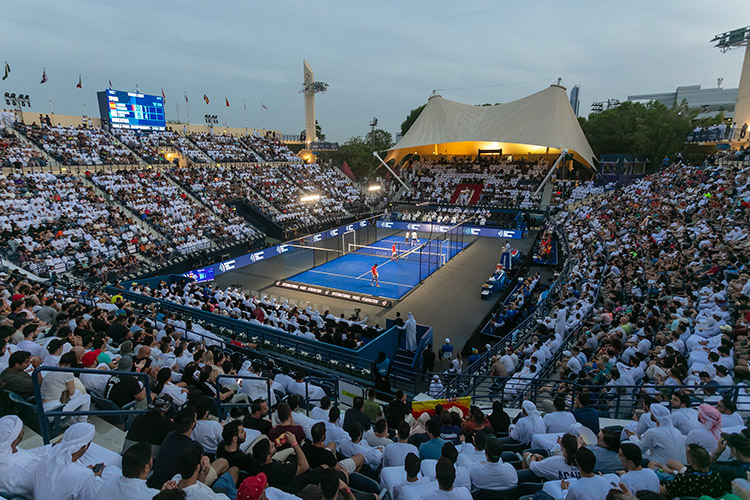 The top-ranked Spaniards struggled in the first game, but when the match ended 7-6, 6-4, little hope was left for an Argentine win.

Later, Alejandra Salazar and Gemma Triay, who both are ranked third in the world, were the next to take the court.

The pair made light work of Argentina’s Virginia Riera and Julieta Bidahorria, winning 6-1, 6-2, in just over an hour to ensure their team retained the title.

The last time Spain lost in a World Championships final was in 2008, when Argentina managed to win. Argentina also won the World Cup in 2012, but without Spanish participation.

The inaugural edition of the DP World Padel Championships boasted separate men’s and women’s categories, with 17 national teams taking part in each competition.

The men’s final between Argentina and Spain is underway and expected to end by midnight.