Cricket fans wait to enter the ground for the ICC men’s Twenty20 World Cup 2022 cricket match between India and Pakistan at the Melbourne Cricket Ground in Melbourne on Sunday. AFP

India skipper Rohit Sharma won the toss and opted to bowl against arch-rival Pakistan in their opening match of the Twenty20 World Cup Super 12 at a packed Melbourne Cricket Ground on Sunday.

Powerhouse India have largely dominated Pakistan since the late 1990s but have lost two of their three previous clashes, including by 10 wickets in the group phase at last year’s T20 World Cup. 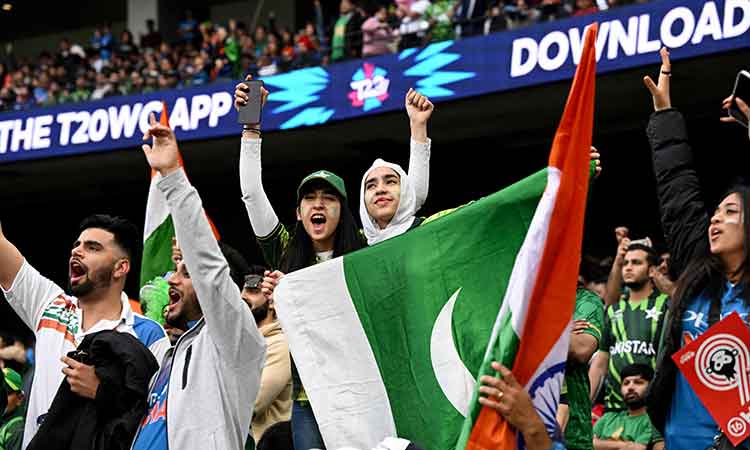 And while Sharma’s side are ranked world number one, they haven’t lifted the T20 trophy since 2007, failing to reach the semi-finals last year.

They are without pace spearhead Jasprit Bumrah, with Mohammed Shami starting in his place.

For 2009 champions Pakistan, batsman Shan Masood has recovered and takes his place after being hit on the head during a practice session last week.

But fellow batsman Fakhar Zaman was omitted, yet to fully recover from a knee injury. 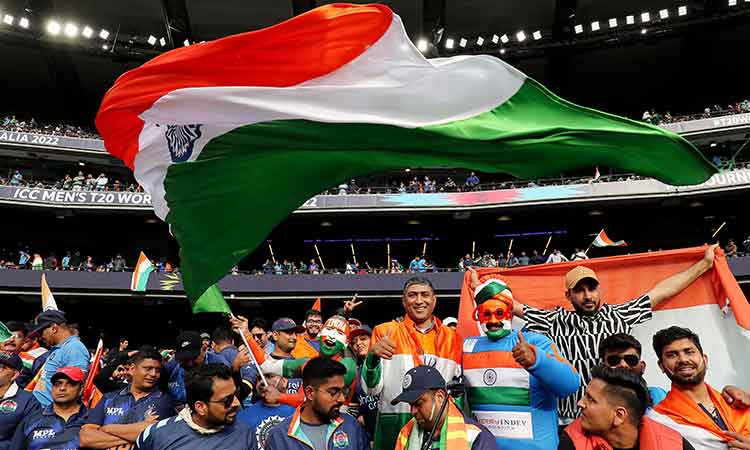 ‘It was a surprise:’ American twins born in different years