A musical show presented a fusion of traditional Emirati songs.

Another show took the audience on a generational journey of pioneers who have made significant contributions to major fields of the country’s development.

The celebration also included a number of traditional performances and shows that showcased the history of the UAE, its values, and its achievements. 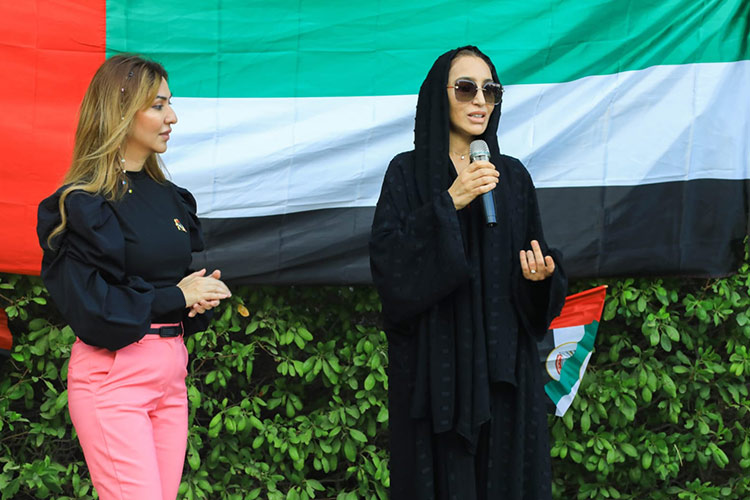 Hania Reggi (left) with Marwa Ahmed during the ceremony.

Abdul Ghafour Behrozian, chairman of Tennis and Country Club Fujairah, congratulated the wise leadership on the UAE’s 51st National Day and wished him prolonged health and happiness, and continued success in leading the country on the path of prosperity and development.

“UAE leadership has shown great commitment toward the country and society. “They have instilled values of diversity, tolerance, and unity in society,” said Hania Reggi, general manager of Tennis and Country Club Fujairah.

“UAE is a land of rich cultural values, rich traditions, and modernity. The leadership should be an example for every country. They are determined to provide the best for their people and for expats.”

Baharat Al Sultan sponsored the event. Ilham Zarari, owner of Baharat Al Sultan, extended her warmest congratulations to the leadership and people of the UAE, stressing that it is a very special occasion that fills us with a long-held ambition to continue moving forward on the path of renaissance, achievements, and excellence.