Pakistani players pose for photograph with trophy after winning the series against Australia at the Gaddafi Stadium in Lahore on Saturday. AP

Skipper Babar Azam hit a second successive century and Imam-ul-Haq an impressive half century Saturday to anchor Pakistan’s first series win over Australia since 2002 with a nine-wicket victory in the third and final One-Day International (ODI) in Lahore.

It was a dominant performance by the home team at Gaddafi Stadium as they dismissed Australia for a below-par 210 through their fast bowlers, who shared eight wickets, and then chased down the target in 37.5 overs losing just one wicket.

Azam, dropped by Travis Head off Jason Behrendorff on one, took full advantage of the reprieve, driving Marnus Labuschagne for two to complete his 16th ODI hundred off 110 balls. 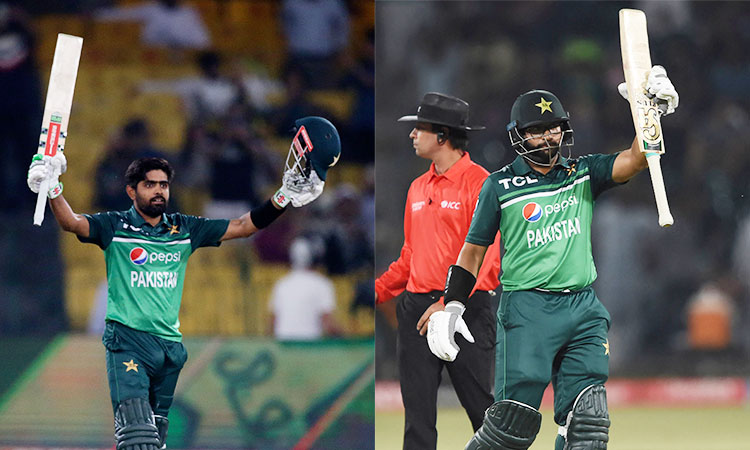 Azam, who scored 114 in the second game, hit 12 boundaries in his 115-ball 105 not out. Unbeaten Haq followed his own back-to-back hundreds with a polished 89 for his 11th ODI half century.

He cracked six boundaries and a six, and finished the series with 298 runs. Haq and Azam shared an unbroken 190-run stand for the second wicket after opener Fakhar Zaman fell to Nathan Ellis for 17 — Australia’s only success in the innings.

Australia won the first ODI by 88 runs while Pakistan clinched the second by six wickets, both also at the same venue.

“When you lose the first game then your players need confidence and once they were given that they came back strongly and did well,” said Azam.

“Credit to them for this series win.” Australian skipper Aaron Finch rued the lack of runs. “We didn’t get enough runs,” said Finch. “When you go three down in the first few overs, it’s always going to be hard to get a big total.” 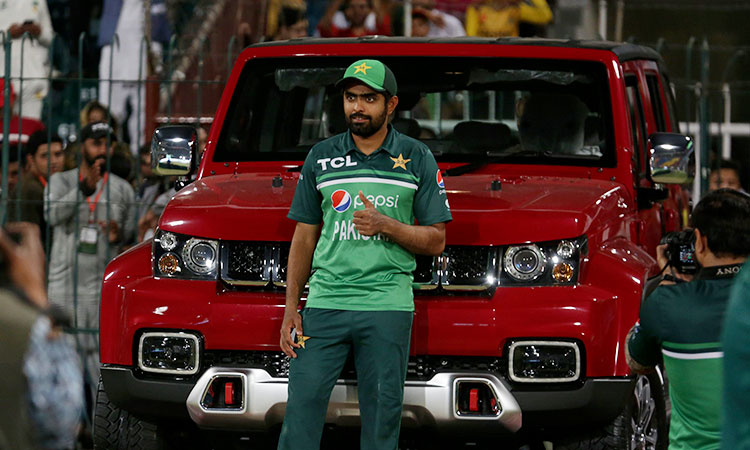 Babar Azam poses for photograph with vehicle after awarded man of the match and man of the series in Lahore. AP

Earlier, fast bowlers Haris Rauf (3-39), Mohammad Wasim (3-40) and Shaheen Shah Afridi (2-40) kept the pressure from the start as Australia were bowled out in 41.5 overs. Alex Carey top-scored with a gritty 61-ball 56 and Sean Abbott hit a 40-ball 49 in an otherwise dismal batting show by the visitors.

Sent in to bat for a third successive time by Azam, Australia lost in-form Head with the first ball of the match, from Shaheen. Out-of-form Finch fell in the next over from Rauf, trapped leg-before for a second time in a row, as Australia lost both openers without a run on the board.

Rauf made it 3-6 when Marnus Labuschagne edged one to slip for Iftikhar Ahmed to take a simple catch. Ben McDermott (36) and Marcus Stoinis (19) took the score to 59 when the latter chipped spinner Zahid Mahmood to Haq, who took a good diving catch.

McDermott, who smashed a maiden ODI century in the second game, was trapped leg-before by Wasim for 36 as Australia lost half their side for just 67 by the 16th over. 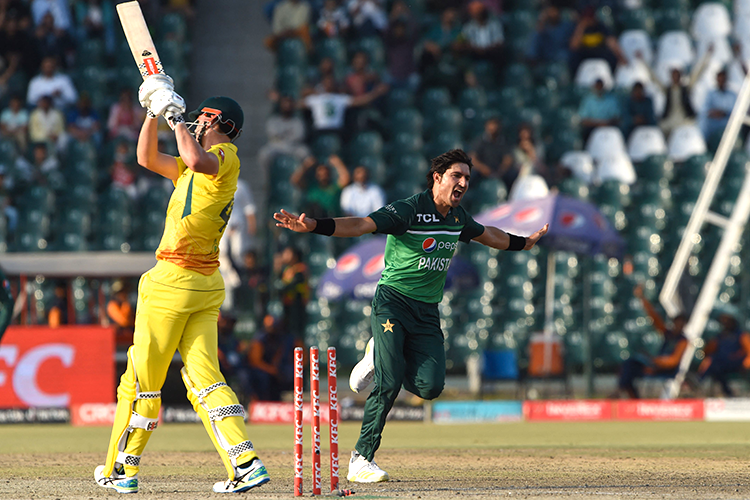 Carey and Cameron Green (34) added an invaluable 81 runs for the sixth wicket off 95 balls, but Wasim came for his second spell to bowl Green in the 32nd over.