Yoshimi Yamashita gestures during the AFC Cup football match between Yangon United and Naga World at the Thuwunna Stadium in Yangon. File / AFP

Yoshimi Yamashita said she felt “pride and responsibility” on Friday after being named one of three woman referees for Qatar, a first for the men’s World Cup.

Football’s governing body FIFA made history on Thursday by selecting Japan’s Yamashita alongside Stephanie Frappart of France and Rwanda’s Salima Mukansanga on a list of 36 referees for the World Cup.

Three women officials were also named on a list of 69 assistant referees for the first time.

Now she will help break down another barrier when she flies to Qatar this winter, something she previously felt was “a dream I couldn’t even have thought about”.

“It’s a great honour to be chosen to referee at the World Cup in Qatar and I have only feelings of gratitude for everyone,” Yamashita told reporters in Tokyo. 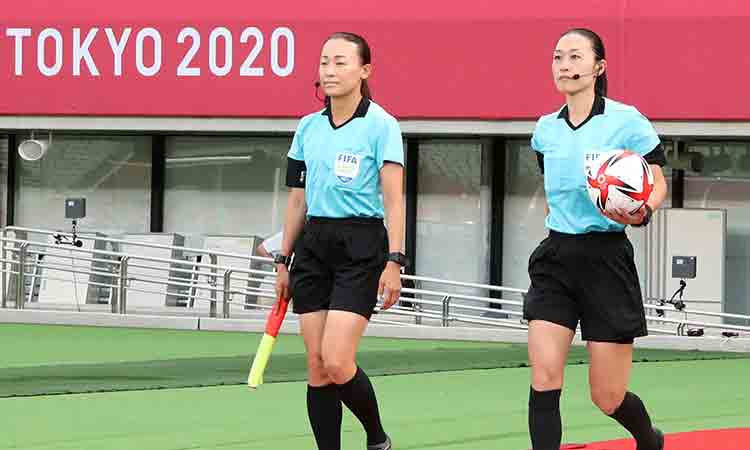 “I will take the feeling of pride and responsibility as a Japanese heading into the tournament and I will prepare to make it a success to the best of my abilities.”

Frappart is the highest-profile of the three referees, having taken charge of men’s matches in the UEFA Champions League, French league and World Cup qualifiers.

Yamashita has been steadily building her reputation in Asia, also becoming the first woman to referee a match in Japan’s professional J-League last year.

Yamashita will be Japan’s sole refereeing representative — man or woman — at the World Cup. She said she feels a responsibility to “help Japanese football improve” while also furthering the cause of women’s refereeing worldwide.

“Female referees are taking charge of lots of different men’s and women’s games and that has built up trust,” she said.

“If it hadn’t been for my colleagues building up that trust, I wouldn’t be going to the World Cup. I can’t destroy that trust — it’s a big responsibility but it’s one I’m happy to have.”

Yamashita’s experience of refereeing in the J-League has so far been limited to the third division.

She said she will need to “be able to cope with the speed and the flow of games” at the World Cup but she is confident she will be physically ready. 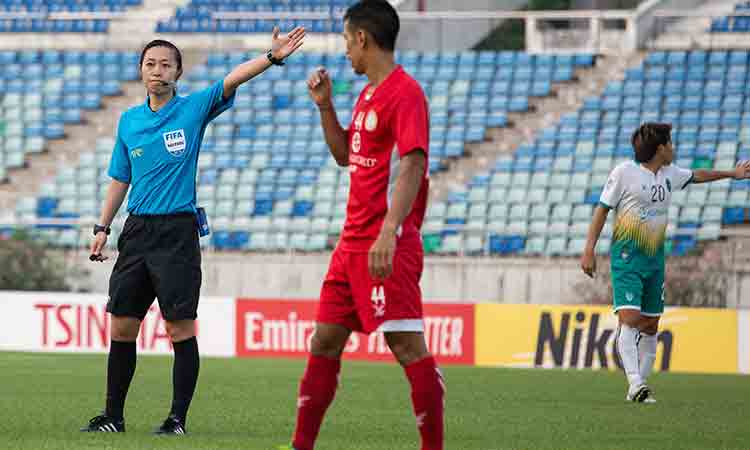 Yoshimi Yamashita gestures during the AFC Cup football match between Yangon United and Naga World at the Thuwunna Stadium in Yangon. AFP

“I always aim for the top so I’ll be trying to reach a higher level,” said Yamashita, who works part-time as a fitness instructor. “I always train with the goal of giving a good performance and that won’t change, I’ll keep training the way I always do.”

Yamashita has been registered as an international referee since 2015 and takes satisfaction from “helping to bring the best out of football”.

“I love football myself so to be able to help bring the best out of it is a great thing,” she said.