The board of directors of the UAE Sports Federation for School and University Education Institutions take part in a virtual meeting.

The UAE Sports Federation for School and University Education Institutions — which held its maiden board meeting under the chairmanship of Dr Ahmad Belhoul Al Falasi, Minister of Education and Chairman of the General Authority of Sports — discussed the framework to improve the mechanism of discovering young talent and ensuring their development.

The federation’s board of directors include representatives of all educational bodies, thus supporting the inclusiveness of the sports movement and strengthening coordination between the education and sports sectors.

The meeting discussed the reality of sports in schools and universities, and measures required to foster it by providing the right environment for talent discovery, as well as to develop long-term plans in which the educational sector collaborates with the sports sector to develop a talent discovery mechanism, paving the way for them to fulfill global achievements.

Falasi, who heads the federation’s board of directors, said: “The new federation reflects the concerted national efforts by the authority, the education sector, and all strategic partners in strengthening the sports action system through the development of a mechanism for discovering and empowering sports talent in schools and universities.

“This is being done to support the country’s sports teams with renewed talent as well as provide the best possibilities to reach a more prosperous future for UAE sport. The federation also aims to strengthen coordination between various educational institutions in terms of sport.” 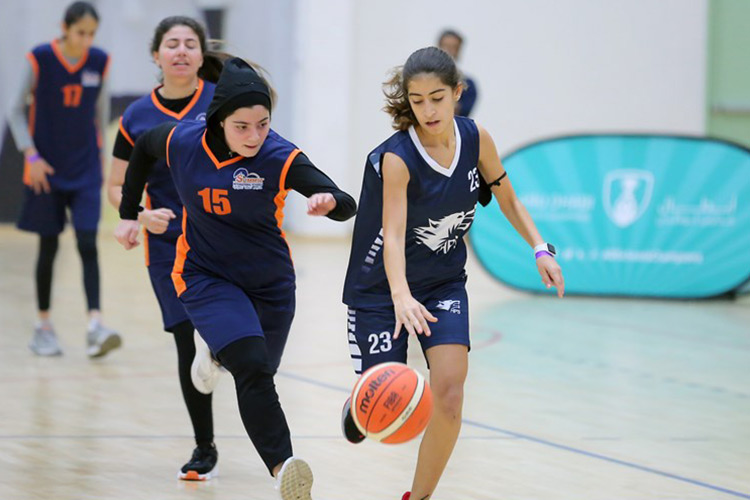 The federation targets a large size of the segment across all schools, enhancing opportunities to discover highly capable sports talent.

This reflects the large size of the target segment across all schools, enhancing opportunities to discover highly capable sports talent.

The participating universities also previously saw five sports workshops in which 451 students participated, in addition to participating in five virtual championships in the past 3 years and several great achievements.

The accomplishments include Maha Al Breki earning the bronze medal in the World University Championships 2020, as well as participating in three world championships, two of which were hosted by the UAE in 2019 and 2021.

Falasi said: “The Federation is working on enhancing our national teams and adding to the talent pool from different ages by building up the spirit of athletic competitiveness among students and showcasing the important role sports play in different aspects. This is in line with the sports sector’s 2032 strategy aimed at increasing levels of participation in the Olympics and establishing a suitable environment for athletes to develop their physical abilities, in addition to creating a new generation capable of making sports achievements that will bring pride to the UAE regionally and internationally.”

The meeting coincided with the appointment of Falasi as Minister of Education, which only enhances the level of coordination between the sports and education sectors and contributes to achieving the goals of the Federation, which aims to organise student competitions to discover talent at a young age and take the best 1 per cent of sports talent in schools and universities to national tournaments.