Last weekend, City came from behind to defeat Aston Villa 3-2 and win the English Premier League.

After a thrilling season full of twists and turns and great drama, they won the title by one point over Liverpool.

The Premier League winners have reached an agreement in principle with Borussia Dortmund for Erling Haaland, while Argentine attacker Julian Alvarez will join Pep Guardiola’s squad once his loan stay with River Plate comes to an end.

Sharing his thoughts on the recently ended season and the club’s plan for the summer transfer window in an interview given to City TV, Khaldoon said: “I can confirm that additional players will be joining.

“We want to enhance the team in the areas where we need it the most. As you may be aware, several players leave each season, and then we have to continuously refresh the team.

“I believe we’ve already made two significant additions, but I expect we’ll make a few more.
“We’ll do our best to move as quickly as possible, but you know how the market works. It’s not always entirely in our control.” Sergio Aguero, the club’s all-time greatest scorer with 254 goals, left for Barcelona on a free transfer last year, and City have been looking for a replacement.

Haaland was one of the most sought-after strikers in world football following his meteoric rise in the game, with Real Madrid and Barcelona among the teams pursuing his signature.

City had to work hard to fight off all competitors to secure a deal for the 21-year-old, who will provide a late substitute for Sergio Aguero.

“We have in Haaland arguably the best number nine in the world at the right age. When you look at the next 10 to 15 years in Haaland, we have invested in that striker for the future. ” Since his debut in January 2020, Haaland has scored 85 goals in 88 appearances for Dortmund. 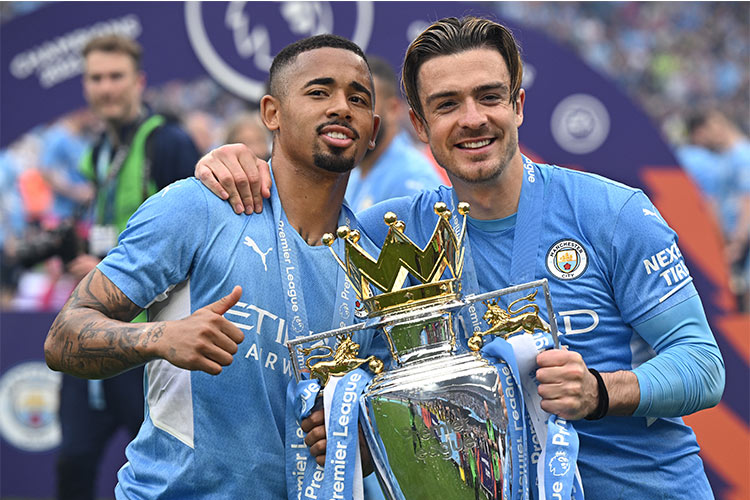 He was the top scorer in both the Champions League and the UEFA Nations League last season.

He has 21 Bundesliga goals from 20 starts this season, with Dortmund finishing second in the German League behind champions Bayern Munich.

“I mean, he is a very, very unique, incredibly talented striker that I think the whole world has been looking at, and I would say every big team in the world wanted to join, and we’re delighted, absolutely delighted that Haaland chose to join Manchester City,” Khaldoon added.

He made his international debut in July and was a part of the Argentina side that won the Copa America.

“In Alvarez, I think we’ve found one of the most talented, young strikers in South America,” he said.

City, on the other hand, will not make additions only to increase the size of their squad.

“Our fourth title in five seasons was won by a group of 20 senior players who were backed up by a superb crop of Manchester City Academy youngsters, eight of whom made their first appearance last season.” The Chairman emphasized that only those who can strengthen Pep Guardiola’s championship-winning team will be considered.
“With Pep and with this team, it’s not just about filling a position.

“We have reached a level of quality, a standard in which we cannot and will not compromise on quality.

“If we discover the ideal player for that position, we will sign him; if not, Pep has proven to us that he will find answers within the quality of the group we have and the academy’s quality.”

“This game, Aston Villa, the last 15 minutes, but the whole 90 minutes stand out. The way we dealt with the challenge, suffered, but then had the personality, had the attitude to pull off this incredible victory.

A really, really special memory that I will never forget.”