MS Dhoni recognised as one of India’s most successful captains, led the team India to victories in the 2007 T20 World Cup, 2011 World Cup in ODIs and 2013 Champions Trophy.

The Ranchi-based Dhoni, recognised as one of India’s most successful captains, led the team to victories in the 2007 Men’s T20 World Cup, 2011 Men’s Cricket World Cup in ODIs and 2013 Champions Trophy apart from going on top of Test rankings in 2009.

At the domestic level, he captained Chennai Super Kings to IPL titles in 2010, 2011, 2018 and 2021 apart from two now-defunct Champions League T20 titles in 2010 and 2014. Dhoni is fondly remembered for his attacking stroke play, keeping a calm head as a skipper in under-pressure situations, giving him the tag of “Captain Cool.”

He etched his name in the minds of cricket fans forever with his match-winning six off Nuwan Kulasekara in the final of the 2011 World Cup at the Wankhede Stadium in Mumbai to give India the trophy on home soil, ending a wait of 28 years as World Champions in ODI format. Currently, Dhoni, who retired from international cricket in 2020, is in the UK and celebrated his birthday with his friends and family, with India wicket-keeper Rishabh Pant joining in as well.

He was also spotted watching Wimbledon matches in London on Wednesday. On social media, many former and current cricketers led the birthday wishes for “Captain Cool.” 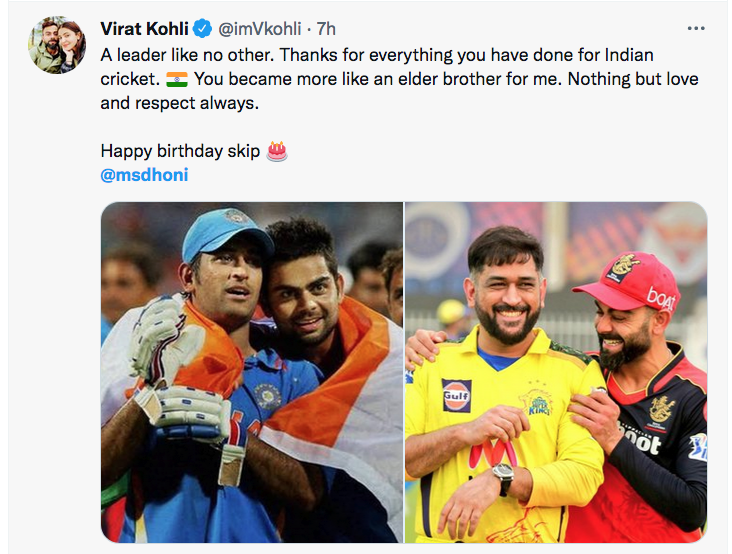 “An idol & an inspiration. Here’s wishing @msdhoni — former #TeamIndia Captain & one of the finest to have ever graced the game – a very happy birthday,” tweeted the BCCI.

“And the clock strikes 12! The party begins at Anbuden! Super Birthday to you, Thala,” tweeted the Chennai Super Kings. 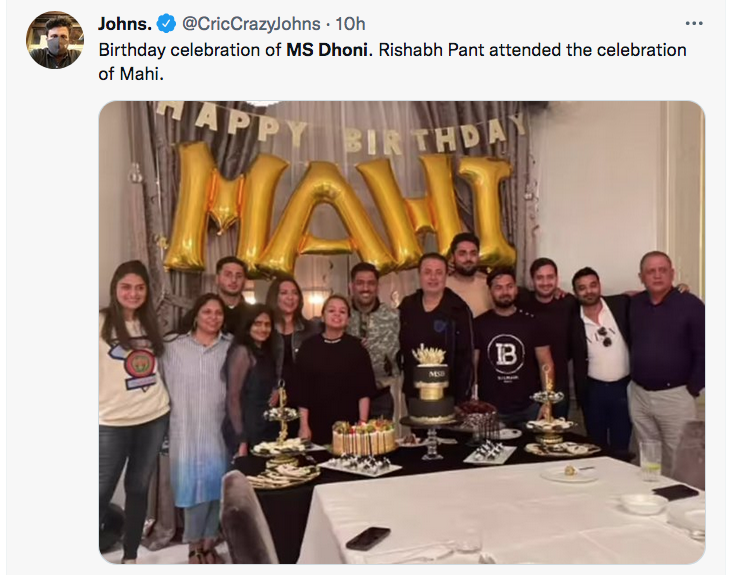 “Happy Birthday to my big brother. Thank you for being my biggest supporter and mentor in every phase of life, may God bless you and your family with good health always. Much love to you Mahi bhai. Wishing you a great year ahead! @msdhoni #HappyBirthdayDhoni,” tweeted former India cricketer Suresh Raina. 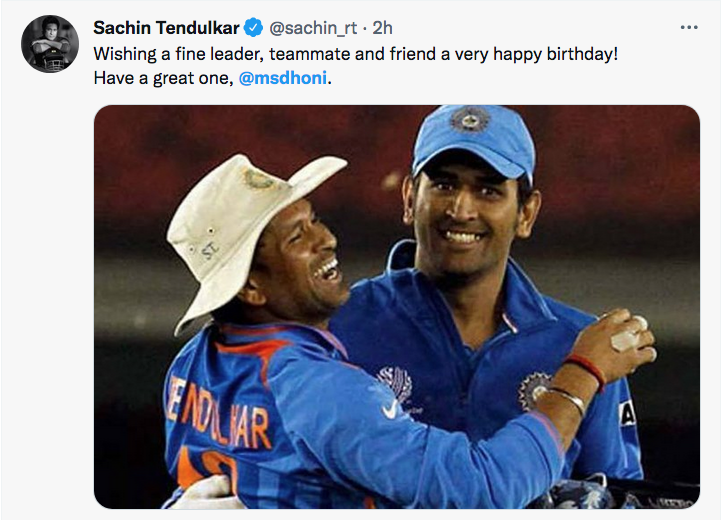 “Still remember this day very fondly, thank you for everything Mahi bhai!! Best wishes to you on your birthday, have a great year ahead @msdhoni,” tweeted pacer Ishant Sharma with a picture of him speaking to Dhoni on the sidelines of the Ranchi Test against South Africa in 2018. 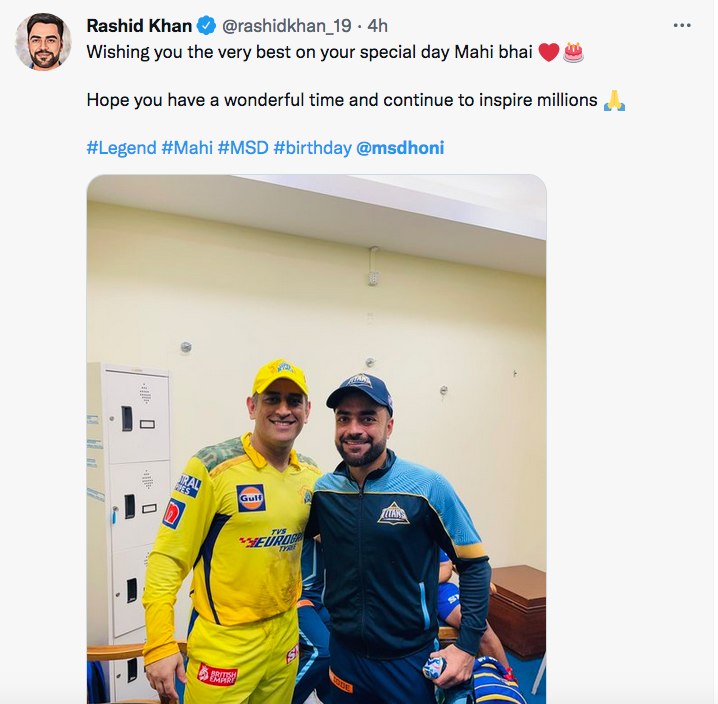 “Till the time full stop doesn’t come, a sentence isn’t completed. Till the time Dhoni is at the crease, the match isn’t completed. Not all teams have the fortune to have a person like Dhoni, Happy B’day to a gem of a person & player, MS Dhoni. Om Helicopteraya Namaha #HappyBirthdayDhoni,” tweeted former India opener Virender Sehwag. 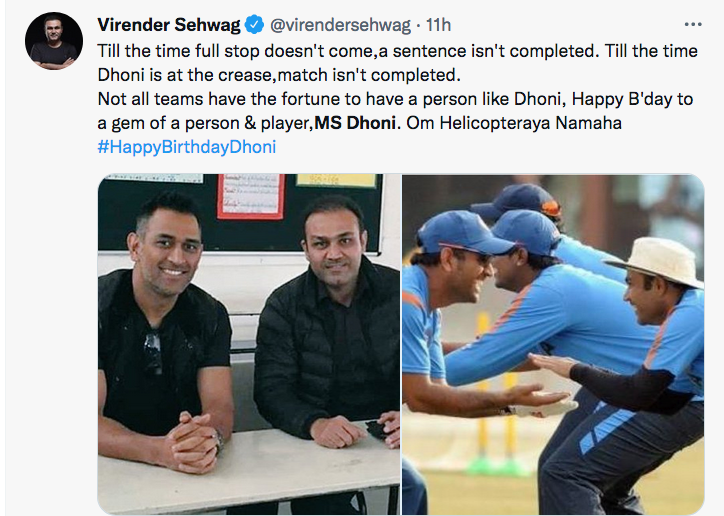 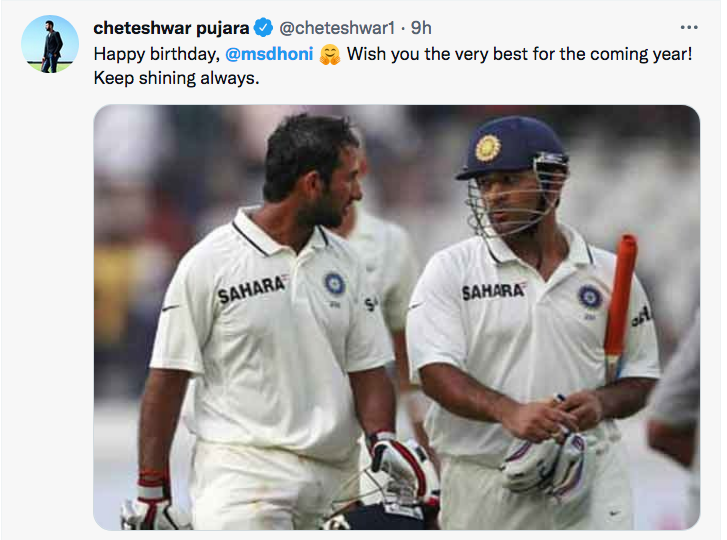 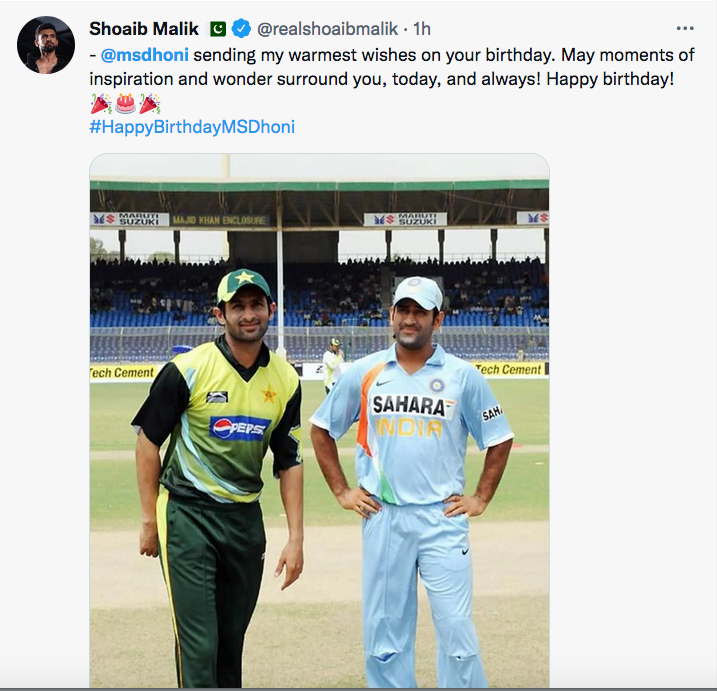 “Dada taught us, youngsters, how to win and Dhoni made it into a habit. Two great leaders from different eras were born just a day apart. Happy birthday to the men who shaped Indian cricket. @msdhoni @SGanguly99,” tweeted former India cricketer Mohammed Kaif. 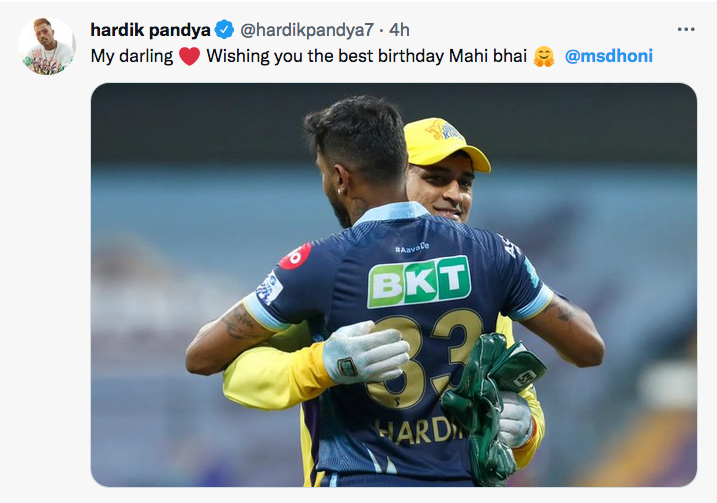 “The OG. The Supreme. The ever-helping kind soul. Wishing Mahi bhai a birthday as awesome as his own self. Thank you for always motivating and inspiring Mahi Bhai !!! @msdhoni,” tweeted pacer Siddarth Kaul “To one of the all times great entertainer & finisher, an inspiration and role model. I wish you a happy birthday sir @msdhoni. And sir You are still young & fit enough to play cricket, so please keep entertaining us for at least a few more years,” tweeted Pakistan pacer Shahnawaz Dahani. 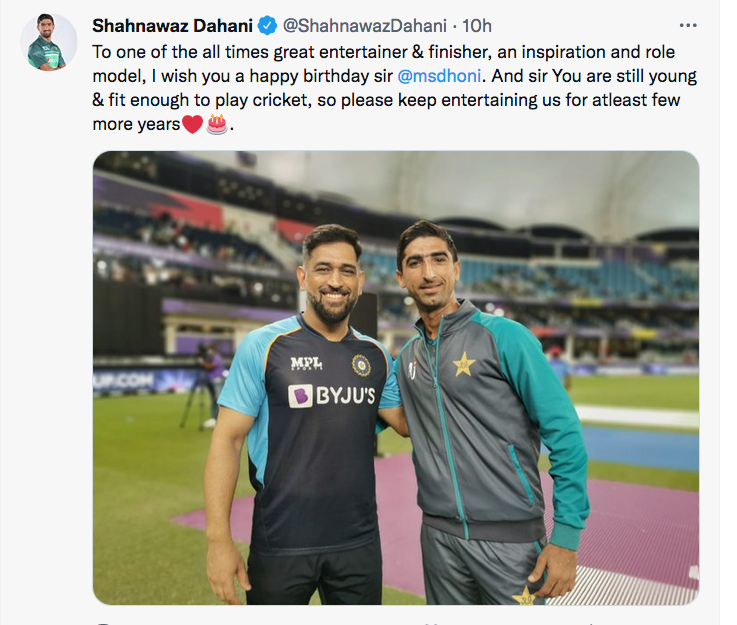